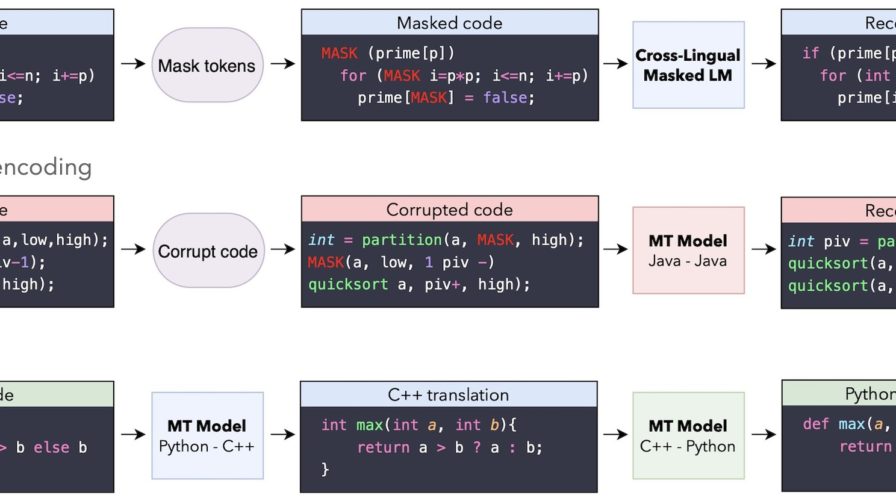 Facebook AI Research has announced TransCoder, a system that uses unsupervised deep-learning to convert code from one programming language to another. TransCoder was trained on more than 2.8 million open source projects and outperforms existing code translation systems that use rule-based methods.

According to InfoQ, The team described the system in a paper published on arXiv. TransCoder is inspired by other neural machine translation (NMT) systems that use deep-learning to translate text from one natural language to another and is trained only on monolingual source data.

To compare the performance of the model, the Facebook team collected a validation set of 852 functions and associated unit tests in each of the system’s target languages: Java, Python, and C++. Compared to existing systems, TransCoder performed better on this validation set than existing commercial solutions: by up to 33 percentage points compared to j2py, a Java-to-Python translator. Although the team restricted its work to only those three languages, they claim it can “easily be extended to most programming languages.”

HackMadrid%27: a community of hackers