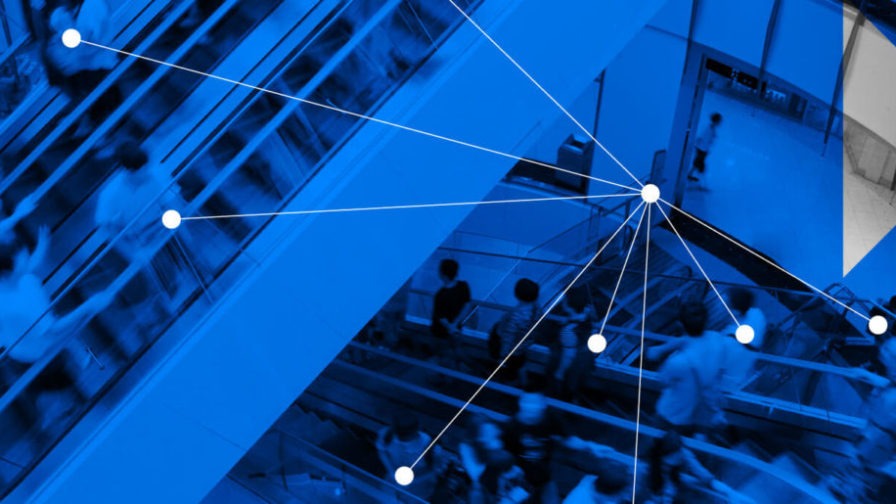 Bluetooth® mesh was released in 2017. It allows the creation of secure networks of tens of thousands of Bluetooth devices and the creation of truly smart, self-optimising buildings, with sensors, lights, air-conditioning units and more, all working wirelessly and automatically together.

Martin Woolley, Senior Developer Relations at Bluetooth SIG, will be presenting a webinar on July 1st about Bluetooth mesh networks and how to develop smartphone apps to monitor and control these networks using a GUI application.

How is Bluetooth technology used?

Bluetooth Low Energy (Bluetooth LE) is a form of wireless communication. It’s particularly useful in scenarios battery life is preferred over high data transfer speeds. Most people experience Bluetooth daily. It might be the transfer of data through a wearable device that tracks their steps. Or wireless entertainment via wireless headphones or a speaker. Or through location tracking and positioning.

Bluetooth LE beacons have been used in many electronic devices since 2013, and have attracted considerable attention lately due to the creation of contact tracing apps in response to COVID-19. Bluetooth LE beacons are like small lighthouses which can send signals to nearby devices such as smartphones. Bluetooth LE beacons offer a way of determining location when GPS is not suitable. Beacons do not receive signals or collect data. Instead, when a designated app detects such a signal, it sends information back to the server of the company or organisation that placed the Bluetooth LE beacon.

Location tracking and positioning use cases include the placement of beacons in a shopping centre where they are placed to track the trajectory of shopping and which items they spend the most time browsing. In response, an in-house app could send out an alert such as a QR code for a discount on multiple purchases. In combination, the tracking data provide detailed customer insights for store planners, retailer, and marketers.

The power of Bluetooth mesh

Bluetooth mesh networking means the connection of “many devices to many”, or as Martin likes to describe it “10s of thousands of smart devices in a network where anything can talk to anything. And you’re not constrained by radio transmission range either. So normally, if a Bluetooth device needs to talk to some other device, it has to be within range. But with mesh networking, that’s not the case because messages they kind of hop across the network. In a network, you can do up to 127 hops, and the range of each hop is hundreds of metres. Thus the mesh network can cover a vast area.

A critical use case is smart buildings where “you can equip your smart building with an entire network that covers the whole building maybe a whole business campus or collection of buildings.” In smart buildings, energy costs can be reduced with “the use of really smart technology that can dynamically adjust the parameters of all the buildings, devices, and systems, so that energy is used in the most optimal possible way.” An example is daylight harvesting, where sensors dynamically feed information back to the collection of lights in the building and turn their brightness  up or down depending on the amount of sunlight. And it’s not just a smart light, “It’s a computer processor that can be put in a Bluetooth mesh network.”

Lights are permanently powered and will always be in buildings, and now you can deploy software across your network of lights. “So the lighting industry is beginning to realise that things like lighting will become IT infrastructure, and all sorts of completely new things become possible But only if they’re networked by a reliable, scalable, secure, standards-based technology like Bluetooth. You don’t want something that’s got proprietary bits and pieces in it because it’s not future-proof and you will be locked-in to that technology. Much better to adopt something which is an open standard like Bluetooth. Anyone can download the specifications, and you’re all set for the future with a 20-year history behind Bluetooth technology.“

“But in the world of mesh networking, we were kind of quite late to the party that so there are several others, one of which is called Thread and is owned by Google. However, at the beginning of last year, there were only two qualified, certified Thread devices on the market, and it’s older than Bluetooth mesh.” By contrast, there are nearly 600 qualified Bluetooth mesh products already, which represents an astonishing rate of adoption.

What are the opportunities for developers?

According to Martin, “Bluetooth mesh is an opportunity for several types of developers. Embedded software engineers need to learn about Bluetooth mesh to really understand how to write the code that runs inside the microcontroller that’s inside the light or other device.

There are also opportunities for people like smartphone developers and UX folk because whilst most of the communication in a mesh network is between devices that might have a simple button on them. there is also a requirement for human beings to be able to monitor and control the entire network. And they need graphical user interfaces running on tablets, smartphones, desktop computers, etc. Desktop developers, mobile developers, and web developers even can create applications for Bluetooth mesh.”

Developer kits are available through companies such as Silicon Labs and Nordic Semiconductor, to give but two examples. There are also open source offerings like the Linux Foundation’s Zephyr Project that has absolutely superb support for Bluetooth mesh.

Martin details: “My talk will cover some of the concepts and topics developers need to understand. We also have several study guides at Bluetooth, self-paced hands-on resources.”

Martin notes, “I think most developers learn best by doing. So we have resources for Bluetooth mesh embedded developers. We also have one specifically for smartphone and web developers who want to create dashboards for use with mesh networks. So we’re quite well placed to help developers clamber up that learning curve.”

Bluetooth LE Audio is a game changer for hearable tech

Bluetooth technology is leading to game-changing audio with the introduction of LE Audio which operates on the Bluetooth Low Energy radio.

Martin explains: “It’s much more power-efficient. It has a new audio codec, which gives higher quality audio. It let’s do things you couldn’t do before. So with the old Bluetooth technology and audio, it’s really just one source of audio, one receiver of audio and that’s it. With LE audio, you can do audio sharing. So with friends and one phone, we can all listen to the same music at the same time. Because of an underlying technical change called Isochronous Channels, I can have totally independent earbuds and multiple content streams simultaneously.

An example is sitting on a plane wearing Bluetooth LE audio headphones, and a safety briefing comes on. The same audio broadcast could be heard in multiple languages, and you get to select the one you want. Or you could choose the language you want to listen to while watching a film and the cinema.”

Martin notes, “The great thing is that people will come up with applications for Bluetooth LE that we didn’t think of. They might start with something proprietary. But if it’s a good idea, it tends to come back in and become a standard. So yes, it will be quite interesting to see what happens with multiple content streams and broadcast capability. And so that’s exciting.”

Ladies That UX Creates a Vital Space for Women in Tech