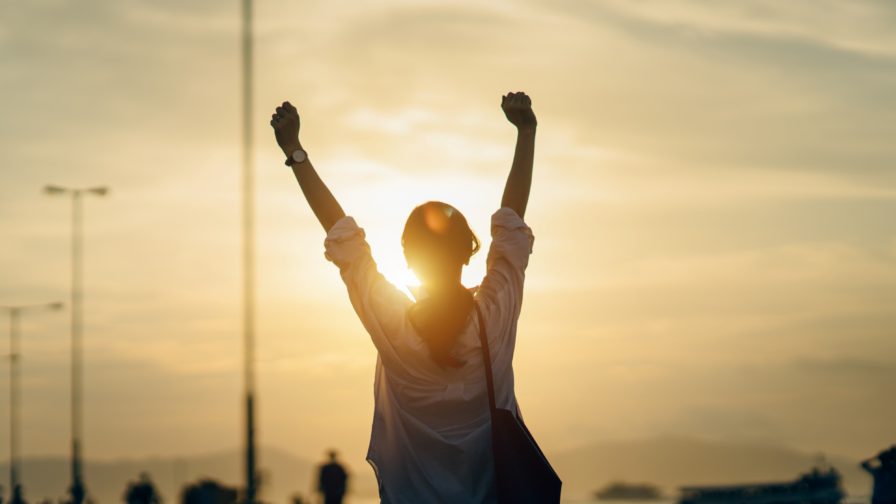 This is the sixth chapter of my Community Manager Diary, and it’s almost about optimism, resilience and hope for the future, right after this COVID-19 global lockdown. If you haven’t read the previous chapters of this series, here is a link to the very first article of it.

High Hopes for our Communities

This situation might look familiar to most of us. Back in February, when the emergency had not yet exploded like a bomb, we kept watching the news looking for some clarifying updates about an unknown kind of flu that had forced the Chinese government to close down a whole city.

Then we found out that the situation was so desperate that two hospitals were built in just 10 days in the Wuhan District. For me, that moment was like an epiphany.

Probably, it was our fear of danger that made us want to ignore the problem. I had a former colleague working in China those days. She was in the lockdown are and was warning people over her Facebook account that we should take serious precautions. But no one paid attention. Neither did I.

We preferred to believe the news and the politicians telling us that it was really just a new kind of flu that had gone a little out of control. On March 14th, reality hit us hard here in Spain when the Emergency State was declared, only a week after Italy, where my colleagues were already facing the truth the worst way.

Spain, like other countries, was no exception. Now, many weeks later – it feels like a year! – it is still not clear how we will get out of this, how we should behave from now on and, even worse, how long we will have to coexist with limitations.

Not long ago, we expected the state of emergency to be temporary and that we would have returned to normality in a couple of weeks. This was probably almost everybody’s illusion. I transformed my initial skepticism to optimism. I kept saying to my colleagues that it would end soon and that we had to be prepared to resume our work soon.

Regardless of the quarantine, I was sure that our Codemotion events scheduled in Rome and in Amsterdam wouldn’t stop. Thinking from a community manager’s point of view, we at Codemotion wanted to help our communities, we wanted to tell them that they could still count on us. In the end, we too had to surrender to the evidence. That’s how life gives us a lesson, I guess.

March was a working nightmare. We had to take immediate care of the upcoming conferences in several parts of Europe, not to mention the many meetup events. As we were still hoping that we would get to normal in a matter of a month or two, to us it meant that we “only” had to postpone all activities.

Of course, postponing was no easy job. Discuss all the agreements with our various venues and service providers, ask speakers for their availability with a month’s delay, book new flights and make new hotel reservations. And that’s’ just the tip of the iceberg. I won’t go into the details of the costs and losses we had to face. It’s been a common issue for every business.

Most importantly, it has affected every employee, freelancer and entrepreneur in the world. People lost their jobs and security, as we know now, and too many lost their loved ones.

Yet, quite surprisingly, most communities I reached in April were still counting on postponing their events to May or June. We thought likewise. It sounds so how naive, now!

Pretty soon, I decided that I wanted to use the lockdown as an opportunity. I started inviting communities to use our platform to promote their meetup events and to use our services to deliver webinars. I was trying also to promote their events, although there weren’t so many.

I was also delighted to see that some communities were fast at making the shift to a totally online approach: Google Hangouts, Zoom, Jitsy, GoToWebinar easily became the new tools of the trade. Unfortunately, many others were more reluctant and limited to cancel all their upcoming meetups.

Eventually, we too decided to cancel all our offline events. Although we are still optimistically looking at the next Autumn as an opportunity, Codemotion has become an online event series – the first of which has just successfully taken place on the 27th of May (hurray!).

Personally speaking, I’ve completely changed my perspective and I’m pretty sure that, at least in Europe, we won’t be seeing any big event or concert until May 2021. And even when we’ll get back to normal, it will be a new normal. I expect personal interactions to change, even if we will no longer need to wear facemasks.

Today, my professional optimism is coming back to me. I think that it’s now a matter of patience. Some people are not so lucky to say this, I know. But that’s where we must make the difference. As I have been able to study recently, the IT industry was hit less hard than most others. Working at the forefront of innovation, developers have a moral duty, now more than ever, to help our society overcome these hard times.

I know that I can talk on behalf of our entire Company when I say that we will do our small part by keeping up and running our daily side-by-side work with our communities, helping them to grow and thrive for the sake of technology.

These are strange times indeed. Like you, I really hope that it’ll end soon, and once it does that we will meet again and talk about all the many lessons we’ll have learnt. I’m sure it’s going to be a thrill!

Check out Chapter 7 of Francisco’s diary at this link!

IT skills to master for a better post-pandemic job