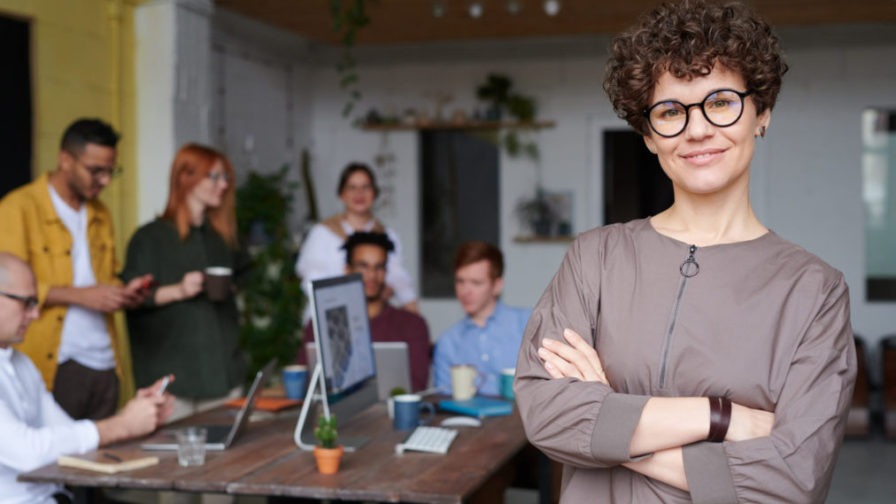 Andrea Majetta hosted a fantastic panel with three tech leaders from a range of backgrounds. The participants’ answers to the questions Majetta tailored to each of them resulted in a well-structured discussion, offering direct answers as well as the usual round-table responses.

What is a Tech Leader?

Let us first define what a Tech Leader is. The definition proposed by Andrea Majetta as a starting point is: “A software engineer, responsible for the team and for the quality of all technical deliverables: functional applications, reporting, documentation, etc.”

“I like this definition,” Mattia Tomassoni says; “this person might be the central point in terms of responsibility, but they still know the qualities of every member of the team, which means they will never become a bottleneck. You need absolute credibility. A good way to develop this credibility is to ‘be a technical reference’.”

In Gabriele Lana’s experience, it’s important to consider background information. “In my opinion, this definition (of a tech leader) lacks a definition of value for the company. Software is not free from context.” The importance of software lies in its ability to generate value: tech leaders must understand this value and manage it, in order to make the best choices about trade-offs.To be a tech leader requires mastery of a number of soft skills that are not always taught at university. Listening is key: “If you do not understand this you’re not going towards the solution, but marching toward a crash,” comments Guenda Sciancalepore.

Sometimes even a leader needs help. Some people think asking for help is a bad idea, but this usually isn’t the case. Impostor syndrome is always lurking just around the corner, often even more so for women than for men.

How can you be a tech leader when you are a consultant?

This question is one for Gabriele Lana. There are advantages and disadvantages, as in most situations, but it is perfectly possible to be both a consultant and a leader.

“You first have to be an expert in what’s needed, but what’s even more important is listening, understanding, and speaking the language of the group of people (you are dealing with).” This soft skill can be learned over time, so you can always improve in this area if it doesn’t come naturally to start with.

Some clear advantages arise; “A tech leader coming from outside the company can say uncomfortable things that an internal person would never say or do if they hope to advance their career in the future.”

There are often subjects that are difficult to talk about when all teammates are employees of the same company. This is usually the result of the team’s dynamic, not a product of the company’s direction. An external consultant works hands-free and can be more candid.

Failure is just around the corner

Let’s consider this picture: you are a very good tech leader, so you are given a tie and promoted to manager. How high is the risk of failure?

“You are almost certain to feel uncomfortable!” says Guenda Sciancalepore. She has wanted to be a Microsoft Ambassador since she was at school, when she heard Bill Gates speaking at public events, and her father gave her a personal computer. This happens all time: if it happens to you, “forget that you’re good, and study what you don’t know about your new job in detail.”

Being a manager is a completely different role to being a developer of any kind, so promotions which lead to people feeling like a fish out of water are often the product of a dysfunctional system, as has been explored many times in the Peter, Dilbert, and Gervais principles (read more on these principles here).

An attitude of service and the feeling of being rewarded need to be balanced when you are a manager. Ask yourself whether you experience these feelings in a well-balanced way when you are offered an opportunity to advance your career, such as being promoted to tech leader.

This may not be the case. “I mainly care about having an impact on the project,” starts Mattia Tomassoni. “Recognition and money are inevitable consequences of doing the work, but I don’t really care about these things.” It’s a very personal experience: everybody feels differently, so there are no hard and fast rules.

Putting your team in a difficult position is sometimes unavoidable, but this doesn’t make you a bad leader.

Is business part of a tech leader’s job?

Balancing coding and business is a frequent topic of discussion. Is business part of the job of a tech leader, and will a tech leader always continue to code?

A freelancer’s point of view is intriguing: “I talk about business with the programmers and talk about developing with the managers,” says Gabriele. The piece of software that’s really useful to a company always derives from this exchange of views. “You will have the greatest impact if you balance these two main components: my ideal tech leader maintains this balance.”

“Coding? Always and forever: every artisan must keep in constant contact with their prime materials.”

The audience is offered the opportunity to vote on a list of advice to be offered to a developer who wants to qualify as a tech lead.

The top three choices on the list, as voted for by the audience, are: being proactive; having a mentor; and considering whether leadership is a good role for you as an individual. Most of the experts agree with these themes in general, but add the perspectives gained from their own experience.

Guenda Sciancalepore cuts straight to the chase “My first goal is continuous training. In terms of mentoring, you need to have a group of peers to compare both hard and soft skills with. I have a group of people with whose skills I regularly compare and contrast my own.”

“Having a range of leadership experiences in totally different environments has an incredible value in expanding your attitude towards leadership,” adds Mattia Tomassoni. Managing people, groups, and situations is always rewarding and the skills gained can be applied to all situations: Tomassoni’s experience as a coach for juvenile soccer teams gave him a rich toolbox to use for conflict management in other situations.

“Proactivity is good, but needs to be applied differently, depending on your interpretation of the situation,” Gabriele Lana probes deeper. “You have to push yourself out of your comfort zone if you want to be a leader.” This requires a strong belief that you are very good at your job – you need to think more highly of yourself than is the norm if you want to reach higher peaks in your career.

At this point, there is a clear split between the audience, whose members are not yet leaders, and the experts, who have consolidated leadership experience. When you are not yet a leader, the dream is to have one reliable mentor who will guide you into a leadership role when the time is right.  Established leaders, on the other hand, know that mastery of numerous different competencies is necessary if you have to consider many different points of view, especially when you are already used to managing the complicated patchwork of a complex decision on your own.

Sometimes you have to guess when you choose a tech leader. Open Source communities play a role in many different situations. “Working with open source code gives a high-level developer lots of good tips,” states Mattia Tomassoni, selecting another proposal from the list of advice. “Just reading the code makes you a far better professional.” You can learn by simply accessing software projects on-line, without being in contact with the creative team.

A natural-born developer is often a solitary person. Such an individual may seem an easy choice for tech leader if they are very good at their job, but a tech leader has to continuously deal with many different people, something many developers could not easily tolerate 24 hours a day. Both sides of the coin should be considered when making this decision.

Sometimes a business is built on a falsehood when too much code has to be put into production in too short a time. Even if the agreement was to put into production only code that will be easy to maintain, sometimes a developer is urged to include code that works well but lacks other key requirements. Having to go through that code a second time would involve significant costs; as a result, this situation is often called ‘the tech debt’. Some code remains in place forever, and a good developer knows that if a module goes to production with bad code, the tech debt will never be repaid.

How can the tech debt be managed when a developer is asked to implement new functionalities inside a prototype module that has already been sent to production? “I choose to write the code that gives the best economic value,” Mattia Tomassoni explains; “if I have to accept some tech debt, I have to recognize that necessity.” A tech leader must be experienced enough to know what their team is capable of developing, and to recognize whether an ugly piece of code will remain untouched or not, and how much it will cost if it has to be reworked.

Sometimes, management asks for many new software functionalities to be delivered within a very limited time. The tech lead should say “No, it’s impossible.” immediately, but “starting a negotiation with a ‘no’ isn’t good for conflict management,” Tommasoni continues. “If they ask you for ten new functionalities and you only can release six, you have to talk to them in the language of business to explain why four can’t be achieved”.  This is true even if “90% of the time, the developing team has to accept what the business side says without creating a conflict,” adds Gabriele Lana.

“A woman may feel like a leader, but often has difficulty in being recognized as such,” clarifies Guenda Sciancalepore. The business world is biased, so “she has more to prove: she is often asked for more work than a male counterpart.”

Women can be successfully advised by both men and women, and the same is equally true for men. Even today, women are frequently expected to be kind, quiet, and non-competitive. In many countries it is still culturally unacceptable for a woman not to behave in this way. Focusing on her career may be perceived as an undesirable trait in a woman, while in a man this same focus is applauded.

Female participation in Codemotion continues to grow rapidly. Initially the number of women involved was very limited, but modifying the range of speakers (including more female speakers) and offering dedicated services has brought in many more female professionals in a growing procession.

“A man is perceived as more credible, he is not used to being questioned, while women often suffer from this cultural bias,” Mattia Tommasoni adds, as the discussion turns to working with men or women. “There is a very interesting dual aspect: empathy is usually stronger in a woman than in a man in non-conflict situations.” Nonetheless, one must be careful to avoid stereotypes and generalisations, even when they are positive.