Home » Backend » Which Skills Do I Need To Work On Innovative IT Projects?
Backend 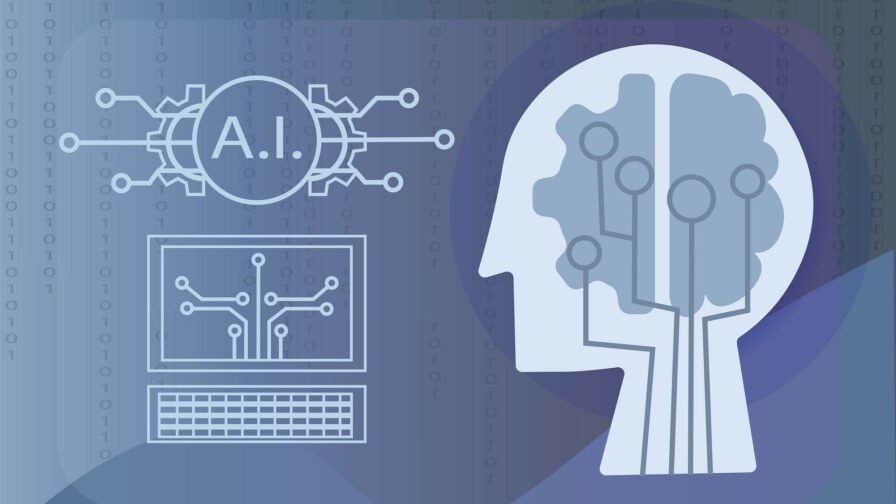 According to Reti (an innovative Italian software development company), .NET, Microservices, Cloud, AI, and CyberSecurity are fundamental skills that will help you participate in some of the most exciting and innovative trends in programming. So don’t miss this essential guide with technologies, applied by Reti every day on different kinds of projects, to discover more about them.

.NET is based on an object-oriented programming language. OOP is one of the best assets of the .NET framework. In the .NET framework, the object is divided into smaller pieces, allowing developers to work on one piece and perform tasks more efficiently.

The .NET framework has one of the simplest and most reliable caching systems. It is easy to store data and to provide personalized service. This remarkably improves the performance of the developer. The .NET framework is designed in such a way that developers don’t have to build an application over and over again from scratch.

Visual Studio is one of the strongest tools present in the .NET framework. An integrated development environment (IDE) makes developers’ whole development, testing, and deployment process more straightforward. It allows hassle-free development. You can publish your app to multiple platforms using this tool.

Cross-platform functionality was not initially available but was introduced with the launch of the base ASP.NET framework. It allows you to use an app on any platform. For example, suppose an application has been developed under Windows. A single source code is enough to use on different platforms such as macOS and Linux. Sharepoint development services help organize, create and communicate with people. You can turn to these services to give your business a much-needed boost.

Coding is a complex process. Human error is inevitable. If by chance, something goes wrong, the whole job suffers. So, to avoid this, the .net framework supports automatic monitoring. The .NET family also contains many beneficial built-in libraries. It is easy for developers to design a new application. Developers don’t have to rebuild everything from scratch.

.NET was created as an open-source framework by Microsoft. This greatly increased its number of users. .NET created a bigger community. Products and services are always appreciated. .NET has excellent development tools. These very useful tools facilitate deployment as well as maintenance. In addition, it is easy to fix the bug. This gives the flexibility to separate applications, troubleshoot and put them together.

Companies are increasingly using microservices for different solutions, especially in projects where constant change is the name of the game.

In the microservices model, applications are divided into a series of interconnected services based on operational capabilities. Each service supports a distinct set of features, effectively acting like a mini-application with its own business logic, adapters, and even database schema. Services can be bundled in different ways, with the sum of their parts acting as a new product.

Like most companies, Netflix’s service was based on a monolithic system (when they were
not yet a streaming service but only sent DVDs by mail). In 2008, a bug in a database caused the entire service to fail for four days. It was then decided to split the old system into microservices, allowing the company to make changes and repair faults much more quickly. As the Netflix system is extremely extensive, a separate program was developed to organize the various microservices together: Conductor.

Conductor, for example, enables you to plan processes and improve workflow automatically, but there are many different approaches to Microservices depending on the particularities of each project.

But where all experts in this field such as Reti agree is upon the many benefits that microservices can bring to enterprises and organizations in general:

Security should be the golden thread that runs through any IT team. Starting your career in networking, a help desk role, or a system administration role can offer a grounding in concepts that are useful to know for security purposes. The following attributes are advantageous to anyone looking to work on innovative IT projects:

Cybersecurity experts are constantly in high demand, especially in Cloud environments. An interesting Reti case study that has been implemented is related to in-app onboarding and the prevention of fake profiles.

Specifically, to prevent malicious people from creating an account, the company developed a flow through which an Azure Function checks identity documents through Azure Cognitive Services to verify their validity and check that the user attempting to register is the same person in the document. In this way, Reti detected and blocked the registration of many potential scammers in advance, helping to prevent fraud.

Making sure computer systems and networks operate smoothly is core to the work of an IT team. Examples of roles specializing in this skill set are network administrators and system administrators. System and network skills can also be for working in security or cloud administration or security. On a fundamental level, these skills include:

A cloud computing specialist is an expert in algorithms. It is therefore responsible for the storage and management of dematerialized sensitive data. This professional works in technology companies. And adapts its mission to the activities of the company that employs it, such as:

More and more companies are creating cloud-native solutions and apps or bringing their services to the cloud.

AI is playing an increasingly important role, and developers who have this skill are in high demand in innovative companies and projects.

Artificial intelligence or AI is progressing exponentially. It is present in our lives without us even realizing it. Examples of everyday AI innovations are the chatbots that advise on websites, facial recognition on our smartphones, and the voice assistance of connected objects in the Internet of Things.

Based on the idea that artificial intelligence could automate many aspects of computer coding, some people see this contribution as a threat to the future of developers.

However, we do not view AI as the end of developers, quite the contrary. If some see in it the birth of a man/machine competition, others, more rightly, speak of complementarity. If time-consuming and repetitive tasks are no longer the responsibility of developers, they can focus on other aspects and create real added value. Artificial intelligence is helpful to us, but it does not replace humans. Thinking and ideas to meet demands come from humans. The web developer will always have the power to control the AI so that this intelligence remains only artificial.

The evolution of the web will surely involve many upheavals in the years to come. The predictive capacity developed by artificial intelligence could potentially revolutionize many sectors. However, humans constitute the machine; they determine its existence. The profession of the developer will undoubtedly be subject to changes. Still, the latter will remain indispensable to society and an integral part of any innovative IT project.

By mastering these skills and technologies, developers can enhance their possibilities of becoming part of interesting projects, helping clients in their journey towards digital transformation in the age of cloud and artificial intelligence, where constant transformation, change, and innovation are the name of the game.

Creating a Catalogue with StencilJS