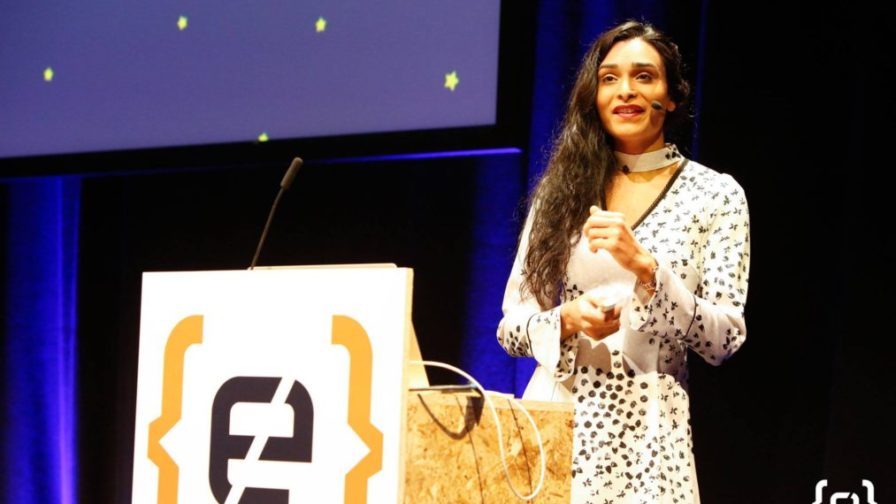 The opening keynote of the second day of Codemotion Milan 2018 held by Ashi Krishnan is in the name of amazement. An audience of silent listeners, children of the transistor, accustomed to fighting every day a battle against a few milliseconds, transported in a different physical and temporal dimension that put them in front of the potential evidence of the long-term consequences of their work and acts.

The talk by Ashi, entitled “Living Things” was inspired by two particular situations related to the world of IT and engineering in general. The effects in the current society of the “Web 2.0” revolution and the challenges that may require carrying out a project that must survive for 10,000 years.

Ten years ago, directly or indirectly, the IT world gave birth to what would have been the real and definitive positivist revolution. The web, the free web, participated, deconstructed, delocalized, anonymised, would have allowed everyone to become part of something bigger and better. On a global scale and without borders.

Ten years later, the tools that developers have created and perfected to break the chains of an oppressive world seem to be now a weapon handed over to the worst enemy. An enemy who knows the folds of semiotics, the weaknesses of the human mind, an enemy who uses rhetoric and technology to exploit the execution of his slogans in our psyches, trying to make us new vectors of his infection.

Today it’s a murky and unhealthy world, but, as Ashi suggests, a world still open to metamorphosis. If you have faith.

Our passage on earth leaves imprints, ephemeral signs that aspire to the eternal. But sometimes our leftovers, our waste, is what survives us.

The nuclear waste produced in the last century remains radioactive and dangerous for at least 24,000 years. We have locked them under meters of rock, a dangerous surprise for the curiosity of future generations.

The Waste Isolation Pilot Plant (WIPP) is a permanent underground repository for nuclear waste, located in New Mexico. It was asked to linguists, archaeologists, anthropologists, materials scientists, science fiction writers and futurists to come up with a warning system that could last 10,000 years.

Over time, languages ​​can become incomprehensible. Over time, symbols and pictograms can shift their meaning. Over time, buildings and structures can decay and collapse.

Yet humanity has produced something more durable than a building: religion, folklore, beliefs. Passed down from generation to generation, from father to son, there are stories for which we have the geological evidence of when they occurred. The traditional stories of aboriginal populations, for example, are rooted 400 generations ago. It was the end of the last glacial period.

Yes, we can entrust a message to future generations. What shall it be?

As technologists, the things that we work with are often intangible, but we should not mistake that intangibility for ephemerality.

What we do, even if not strictly biological, becomes part of a living system, a system that also includes us. A system that, in some ways, is in constant and constant experimentation, a system that must be measured and understood, a system that can evolve towards infinite futures.