Home » Backend » Reactive Programming for Distributed Systems: All You Need to Know
Backend 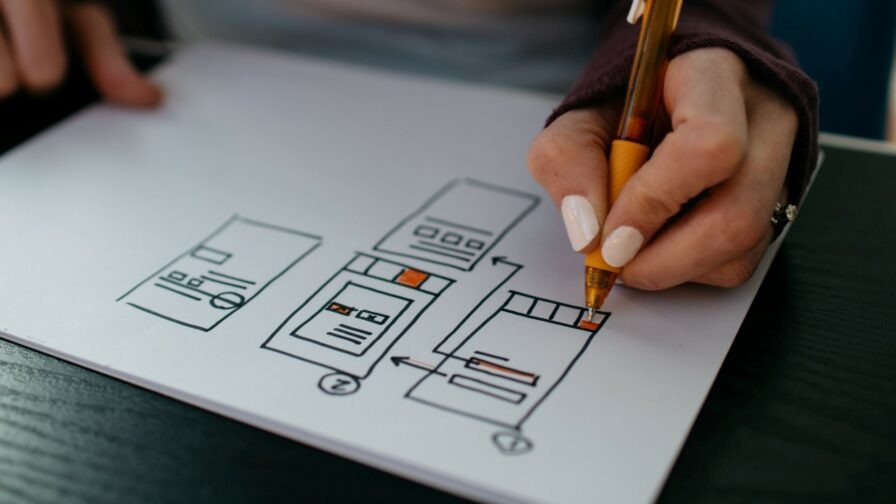 Reactive programming is not a new idea. Reactive languages that allow for event-driven applications have been around for a long time. These languages are ideal for single-threaded, non-distributed applications. Distributed systems, however, are more challenging, and together with E80 Group, we have crafted this guide for you to understand what it’s about.

When developers are dealing with large-scale applications, concurrency and distributed systems, they need to be able to handle changes in system load, failure of distributed components and communications delays.

Reactive Programming: Why Is It A Trend?

Reactive programming’s key benefit is that it makes dealing with asynchronous data streams easier. This makes it ideal for distributed systems. In reactive programming, anything can be a data stream. Furthermore, streams are observable and can be processed by subscribers.

Since reactive programming for distributed systems is a different approach to traditional threaded programming, it does have a learning curve. However, developers are quickly coming to appreciate the power and flexibility of this approach for systems that use multiple, asynchronous data streams.

Traditional reactive programming approaches struggle with the issue of distributed architecture. The Akka framework helps developers work with microservices more effectively, controlling the flow across distributed systems efficiently and in a fault-tolerant way. It also helps reduce issues with blocking calls. In a well-designed message/actor system, having an actor waiting for information or a result should not cause the system to hang unless the information that the actor is waiting for is truly vital for the next stage of the program. Latency and even outages should not be noticeable to the end-user.

The conventional approach to reactive programming falls down in distributed systems that rely on a central coordinator to propagate changes. If that coordinator fails or is unable to keep up with rapidly changing loads, that failure could result in the total collapse of the system. For distributed, reactive systems to work on a large scale, developers need an elastic, resilient and asynchronous way of propagating changes. Akka offers this with routers that help reduce bottlenecks and points of failure, assisting developers in creating reliable and scalable distributed systems.

Reactive programming is often used in IoT systems, especially for manufacturing systems and supply chain management. For example, an IoT sensor in a factory might monitor levels of a specific ingredient or material and trigger an event when an action needs to be taken. In reactive programming, that event belongs to a stream, which is monitored by a subscriber. Handlers process the event and determine what actions are taken.

A factory or plant could have many systems, all of which require monitoring. For a complex supply chain, there may be multiple factories. Engineers may need to maintain and monitor machinery at each location, manage deliveries between factories, and keep production lines running at a steady speed. A fault, outage or communications issue in one area should not interfere with the operation of the rest of the system.

Another example would be in fleet management. Each vehicle in a fleet can be equipped with tracking devices that monitor several metrics such as location, speed, total driving time, fuel, etc. Several microservices can be used to process the information sent by these devices. Those microservices might include:

Each of these services runs asynchronously, processing feeds from dozens or hundreds of vehicles and offering real-time information to those who need it. Because real-time programming allows for the development of scalable and fault-tolerant applications, the system should perform well with just a small number of vehicles out on the road or for a much busier fleet. If there’s a fault with one part of the network, this should not have a noticeable impact on the system’s overall performance.

The Akka framework is a powerful, open-source system for distributed computing. Akka is developed for Java and Scala, but there are ports available to support other popular programming languages, ranging from Python to C#. This means developers targeting virtually any platform or use case should be able to take advantage of the power of the framework.

Akka.Net allows developers using C# to take advantage of the actor model and create asynchronous, message-driven applications. This makes the framework a good choice for people who are developing applications that need to operate on a large scale, respond elastically to changes in demand, and work well in environments where there may be an unpredictable level of latency. The Akka.Net package is available via NuGet and can be installed by simply using the command:

Alternatively, the package can be installed using the package manager within the Visual Studio IDE. Once Akka is installed, creating actors is as simple as creating a class that derives from the UntypedActor class. This class has several methods. The OnReceive method is responsible for handling messages received by the class.

Unlike object-oriented programming, which models an application based on classes and objects, Akka uses messages and actors as the foundation of the application. This is a new way of thinking. An actor is an object that has a specific behavior. Actors have their own internal state, and an application may have hundreds of actors, all operating concurrently. Actors communicate with each other by passing messages.

By modeling an application based on actors, developers are free from worrying about latency or communication difficulties locking up threads and causing issues in other areas of the program. This means it’s relatively easy to develop applications that are:

Akka does not require powerful hardware or a large memory footprint. It’s not uncommon for Akka to process 50 million messages on a single machine, and 2.5 million messages can fit into a 1GB heap. In addition, the framework supports load balancing, sharding and adaptive routing to improve fault tolerance and eliminate the presence of single points of failure.

Akka.Net messages can be strings, integers or even a class. Messages are delivered to an actor’s mailbox, which is handled in a First In, First Out (FIFO) fashion. As a result, developers are freed from having to think about threads and co-routines and simply focus on handling the messages as they’re delivered. Additionally, building partitioning, routing and load balancing on top of this messaging system should be a more straightforward process, making it easy to create reliable distributed systems that scale.

Reactive programming offers an effective, powerful and reliable option for developers who are working with large-scale distributed systems. Akka is an open-source framework for distributed computing. Akka.net brings the power of Akka to the .NET ecosystem. Developers working on large-scale applications that rely on microservices may find that Akka’s non-blocking streams and efficient message routing and handling make it easy to develop elastic, reliable applications.

Click here to discover whether Akka.Net is suitable for your distributed applications, and learn more about how E80 Group develops scalable applications for high-volume manufacturing companies.

What Is Cloud–First Strategy and How Can You Benefit From It?