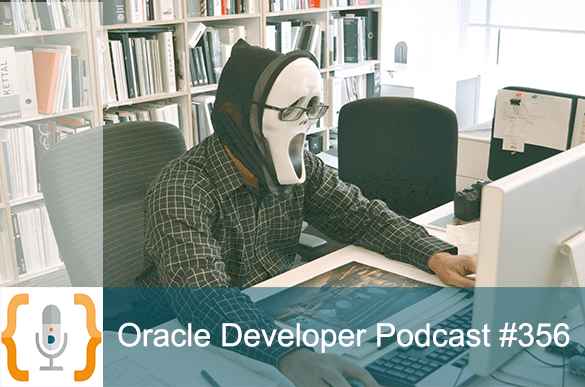 The good news is that the US Bureau of Labor Statistics predicts 24% growth in software developer jobs through 2026. That’s well above average. The outlook for Database administrators certainly isn’t bleak, but with projected job growth of 11% to 2026, that’s less than half the growth projected for developers. Job growth for System administrators, at 6% through 2016, is considered average by the BLS. So while the news is positive all around, developers certainly have an advantage. Each of these roles certainly has separate and distinct responsibilities. But why is the outlook so much better for developers, and what does this say about what’s happening in the IT ecosystem?

“More than ever,” says Oracle Developer Champion Rolando Carrasco, “institutions, organizations, and governments are keen to generate a new crop of developers that can help them to to create something new.” In today’s business climate competition is tough, and high premium is placed on innovation. “But developers have a lot of tools, a lot of abilities within reach, and the opportunity to make something that can make a competitive difference.”

But the role of the developer is morphing into something new, according to Oracle ACE Director Martin Giffy D’Souza. “In the next couple years we’re also going to see that the typical developer is not going to be the traditional developer that went to school, or the script kitties that just got into the business. We’re going see what is called the citizen developer. We’re going to see a lot more people transition to that simply because it adds value to their job. Those people are starting to hit the limits of writing VBA macros in Excel and they want to write custom apps. I think that’s what we’re going to see more and more of, because we already know there’s a developer job shortage.”

But why is the job growth for developers outpacing that for DBAs and SysAdmins? “If you take it at very high level, devs produce things,” Martin says. “They produce value. They produce products. DBAs and IT people are maintainers. They’re both important, but the more products and solutions we can create,” the more value to the business.

Oracle ACE Director Mark Rittman has spent the last couple of years working as a product manager in a start-up, building a tech platform. “I never saw a DBA there,” he admits. “It was at the point that if I were to try to explain what a DBA was to people there, all of whom are uniformly half my age, they wouldn’t know what I was talking about. That’s because the platforms people use these days, within the Oracle ecosystem or Google or Amazon or whatever, it’s all very much cloud, and it’s all very much NoOPs, and it’s very much the things that we used to spend ages worrying about.”

This frees developers to do what they do best. “There are far fewer people doing DBA work and SysAdmin work,” Mark says. “That’s all now in the cloud. And that also means that developers can also develop now. I remember, as a BI developer working on projects, it was surprising how much of my time was spent just getting the system working in the first place, installing things, configuring things, and so on. Probably 75% of every project was just getting the thing to actually work.”

Where some roles may vanish altogether, others will transform. DBAs have become data engineers or infrastructure engineers, according to Mark. “So there are engineers around and there are developers around,” he observes, “but I think administrator is a role that, unless you work for one of the big cloud companies in one of those big data centers, is largely kind of managed away now.”

Phil Wilkins, an Oracle ACE, has witnessed the changes. DBAs in particular, as well as network people focused on infrastructure, have been dramatically affected by cloud computing, and the ground is still shaking. “With the rise and growth in cloud adoption these days, you’re going to see the low level, hard core technical skills that the DBAs used to bring being concentrated into the cloud providers, where you’re taking a database as a service. They’re optimizing the underlying infrastructure, making sure the database is running. But I’m just chucking data at it, so I don’t care about whether the storage is running efficiently or not. The other thing is that although developers now get a get more freedom, and we’ve got NoSQL and things like that, we’re getting more and more computing power, and it’s accelerating at such a rate now that, where 10 years ago we used to have to really worry about the tuning and making sure the database was performant, we can now do a lot of that computing on an iPhone. So why are we worrying when we’ve got huge amounts of cloud and CPU to the bucketload?”

These comments represent just a fraction of the conversation captured in this latest Oracle Developer Community Podcast, in which the panelists dive deep into the forces that are shaping and re-shaping roles, and discuss their own concerns about the trends and technologies that are driving that evolution. Listen!