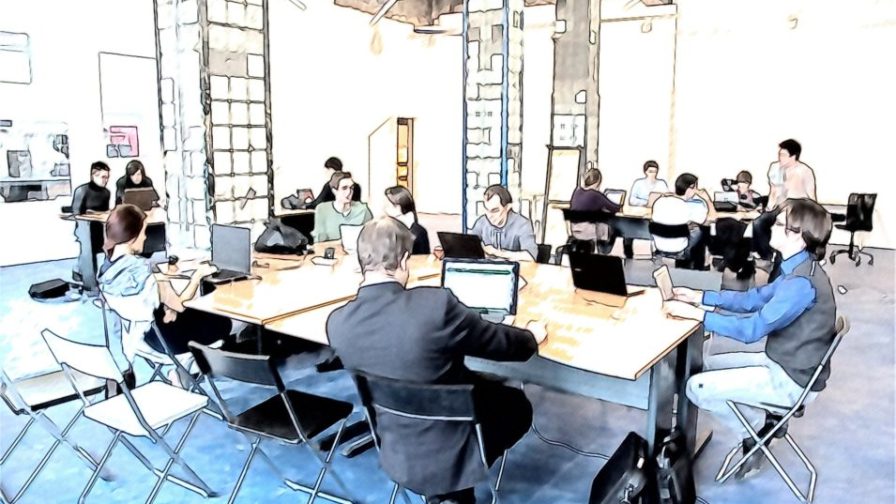 More companies are embracing flexible working and distributed teams – whether that’s individuals working remotely, or fully distributed companies with no central hub. This can have great benefits, but the path to success isn’t always smooth.

Euan Finlay is Senior Engineer, at Financial Times and part of the Operations & Reliability team at the FT, managing incidents across the globe. Before that, he lead a distributed team responsible for Go microservices, Docker containers in Kubernetes, and the backend APIs powering the website. On the Ops-ier side of DevOps, he has occasionally admitted to being a sysadmin in public.

He presented a talk at Codemotion Milan 2019 about effective developer communication across locations “what we learnt from other companies ” and offered advice on leading distributed teams.

Euan recalled his time with the platform health team at the Financial Times. “Our team was split between London and Cluj in Romania.

I was travelling and halfway through the journey, I started to get phone calls from our first line operations team and my boss. And it turned out that we just had a major network outage at one of our UK data centres, and we were seeing a huge number of problems across the business. Since it was a weekend in August, most of my friends and colleagues were Either away or travelling or on holiday.”

Financial Times is primarily a digital media with their website and content critical to business. They have dev offices in London, Sofia and Manila. Their cross functional engineering teams design and support their systems from the beginning to the very end of the product lifecycle. Euan explains

“To give you a sense of scale quickly, we have a total of 1211 live production systems.245 of those are what we call platinum, and they provide business-critical capabilities. These are things like our journalists being able to publish content or customers being able to access the ft.com website. We believe in DevOps and agile working practices, and that means that we release to production about 150 times per day. And yes, that does include Fridays as well. And finally, there are probably around 60 Plus, third party providers that we integrate with and depend upon These are companies like Google horizon and Vodafone.”

Upon joining the operations team at the FT, and despite being accustomed to remote teams, Euan was faced with two additional challenges: A 7 hour time difference between  London and Manila and a multitude of different shifts working over 24 hour means they may only have a small number of the team working at any given time.

This has really grown in popularity over the last few years, especially with newer technology companies and startups. So those are four categories of team structure. But in reality, it’s more of a sliding scale. In London, we moved into a new office about six months ago.

The challenges of remote communication for distributed teams

Euan details: “Communication underpins almost everything that we do in technology and software development. It’s one of the most valuable skills that any engineer can learn. So much of what we do relies on open honest and frequent communication, whether that’s with our teammates or our stakeholders or our users.”

Euan’s team found that while Google meet is their default option for video calls at the FT, they struggled with per video quality when they were pair programming. The screen sharing wasn’t sufficient detail for what they wanted to do. They decided on Visual Studio Code live share plugin was the option for them alongside using a another tool called Whereby for video.

According to Euan: “Switching to shiny new tools probably won’t just magically solve all of our challenges with remote communication. But it is important to remember that new tools do appear and we should try and make our communication as frictionless as possible. It’s worth taking the time to evaluate these alternatives if the tools you’re using don’t quite meet your needs anymore because our tools are the foundation upon which we build everything else.”

The importance of language

Language is critical in communication particularly in an international team where slang, idioms and emojis may confusing or have entirely different meanings in other cultures. phases. “Misunderstandings could cause problems in other situations, like maybe pair programming or planning sessions. The cultural subtleties of language can be very difficult to grasp on both sides. And it’s really important that we acknowledge that.”

All meetings should have a clear purpose and agenda so that people can prepare ahead of time asserts Euan “This really helps to reduce the waste of time at the start of the meeting, and actually reduces the number of unnecessary meetings as well because we can just confirm things over email. This is particularly important in international teams where people may be missing lunch or working late to accommodate meetings in particular timezones.”

There’s a lot to be said for the value of psychological at work in distributed teams. Euan explains: “I think it’s the ability to show an employee oneself without fear of negative consequences of self-image, status, or career. For example, do your teams feel comfortable asking questions in public? Do they feel that they can provide honest feedback, or raise concerns that they might have?

This culture of trust and safety is a very difficult thing to build. But it’s also a difficult thing to share, particularly when new people join the team. “People will learn and pick up culture by observing how people, other people on the team behave and react. And this is much harder for remote staff when you don’t have that face to face. It’s a good idea for everyone, not just remote teams to meet, discuss and agree on a shared set of team values that they believe are important.”

The FT encourages devs to join teams in other locations periodically to gain fresh perspective. Euan also notes: “Because of our remote culture, we’ve actually had people join from Sofia and Tokyo, which has been really cool to say, once monthly tech talk so another thing that we do, and internal and external speakers present a conference talk that anyone can join, we make sure that we’ve got talk space reserved in each office and then live stream the talks to all of our locations. This really does require good audiovisual equipment and connectivity in each location.”

Remote work is an asset to any organisation

Euan concludes: “Enabling remote work and distributed teams lets us improve the diversity of our teams as well. And I don’t just mean in terms of culture, gender, or sexuality, but diversity and people who have responsibilities of care. We can hire great people who need to pick up their children from school every day or look after a family member who isn’t well. And finally, we can look at time zones as a benefit rather than a limitation.”