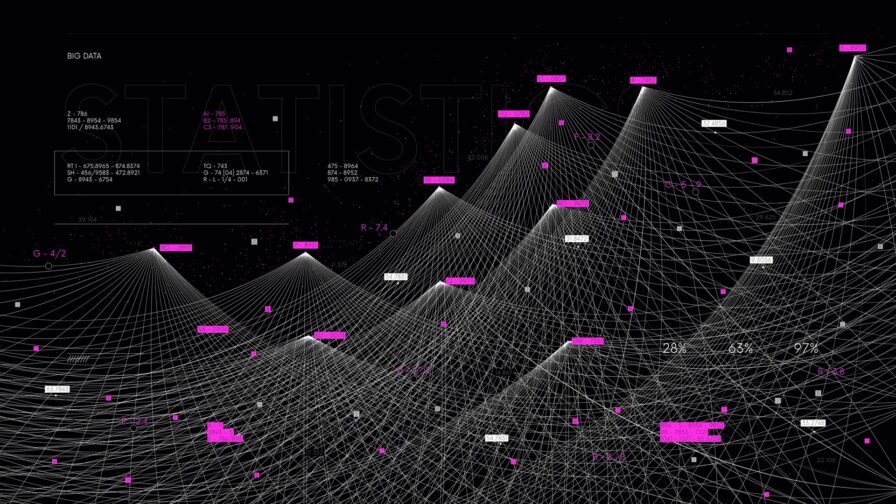 The amount of data companies need to process has been increasing steadily over the years, and this has created an issue known as big data. Recently, lots of services and analytical applications that are based on big data have emerged. Since users need to extract useful information from large-scale data, companies have had to find better ways of data storage.

Not only SQL was pioneered by major internet companies like Amazon and Facebook and has been getting more popular as it is specifically meant to handle big data. The commonly-used relational database management systems are not well suited for large amounts of data.

The modern version of these systems was created around 2009 by Johan Oskarsson. At this point, this type of database was primarily defined as being non-relational, which is different from its original definition of working without the SQL language. It may support SQL-like query languages, which is why it is also referred to as Not Only SQL.

Why are we still talking about Databases?

Database systems help to store essential information about businesses, and this information is used when making serious decisions regarding the business. The systems also help to build an archive about businesses. In this way, companies can be more aware of where they are headed as they make relevant decisions.

Today, organizations have to deal with large amounts of data, and it is no longer possible to store the information on traditional tools like spreadsheets. With databases, organizations can conveniently store large files on a daily basis. It is also worth noting that these systems are developed with built-in constraints and checks that ensure that the given data is accurate. Databases also make it a lot easier to update data using data manipulation languages. Other factors that make databases necessary and essential include the guarantee of data security, data integrity, and the ease of researching data.

Let’s look at some of the critical differences between these two systems.

First, SQL systems can be scaled vertically, meaning they can only be scaled by enhancing the horsepower of the implementation hardware. This makes it expensive to use when processing large amounts of data. On the other hand, Not only SQL systems are scalable horizontally and avoid major joint operations. They are fairly cheap to use for processing big data.

SQL systems use a pre-defined schema for the manipulation and definition of data, and they use structured query language. On the other hand, NoSQL systems use dynamic schemas to store unstructured data.

Another crucial difference is that SQL databases are relational, while NoSQL systems are non-relational.

It is important to note that SQL systems use tables, so they can be ideal for enterprises that plan to pull basic tabular structured data like an accounting excel spreadsheet. Most organizations today have to store and process unpredictable and unstructured information, and this has made the relational model of the database less suitable. On the other hand, NoSQL systems are able to work with changing data models and can give organizations greater flexibility.

Another difference is in the normalization and storage costs of the two systems. With relational databases, a higher degree of normalization will be required, and that means the data needs to be broken down into small logical tables. This helps to avoid redundancy and data duplication. NoSQL systems are able to store data in the form of flat collections, and it will be duplicated over and over. This makes it easier and faster to read and write operations to a single entity. It is also worth noting that NoSQL systems are able to store and process data in real-time, and this won’t be possible with SQL systems.

Although SQL systems have their own limitations, they are very well understood by lots of developers, and the technology is mature. These systems also offer high levels of data integrity as they ensure that all the information is validated across all tables.

Which Are the Top NoSQL Features?

There are several features that define these storage systems, and we have covered them below.

Traditional relational systems are properly defined and use a schema to describe different elements, and these include tables, indexes, and rows. When storing data in such systems, the information will need to be formatted heavily so that it fits into the table structure. In the process, any undefined details will be sacrificed.

This issue is fixed with modern systems as they are developed to be schemaless. They save each item in its own document with a partial schema and won’t touch the raw information. This way, every detail will be included and nothing is changed to fit into the current schema. The databases are meant to make almost no changes to your data.

These systems are able to provide more flexible schemas and can be used for faster and more iterative development. This feature makes the system more favourable for structured and unstructured data. Although modern systems sacrifice some consistency for availability, they are still able to guarantee eventual consistency or consistency in the long run. That means all clients will access a single readable version of the data.

It is worth noting that NoSQL systems run on the concept of CAP priorities as opposed to ACID properties, where the developer can choose two out of three priorities (Consistency-Availability-Partition Tolerance). The concept behind this is that it is very hard to achieve all three priorities in a changing distributed node system. NoSQL systems are commonly referred to as BASE (Basically Available, Soft State, Eventually Consistent), and this acronym is meant to be contrasted to ACID.

The time to live or TTL is the period in which data should exist on a network before being discarded. With this feature, developers are able to automatically expire the records. Once this period passes, the data will not appear in any statistics and will no longer be retrievable. Developers can modify the TTL values any time before the data expires. Using time to live is more efficient than manual user deletion since it avoids the overhead of writing a log entry for the deletion.

Is NoSQL better for Big Data?

Not Only SQL was developed for operational needs, and that means it is used with real-time applications that often interface with external parties or customers. Users are able to query the data and search through the information as it changes. This type of database makes it possible for organizations to enjoy high-performance and agile processing at larger scales. It is also able to store unstructured data on different processing nodes and servers. These benefits have made NoSQL an excellent choice for processing big data, especially when compared to RDBMS.

Lots of major companies today use this type of database for big data processing. For example, Facebook uses HBase for Hadoop for its messaging infrastructure. Twitter also uses HBase to generate, store, log, and monitor data around people’s searches. The same system is used by Stumble Upon for analysis and storage. CERN, the European nuclear research organization, uses MongoDB to gather information on the huge particle collider ‘Hadron Collider’.

What’s the future for NoSQL?

Up until recently, RDBMS enjoyed a monopoly. However, with the rapid expansion of data, Not Only SQL has seen massive growth, and systems like MongoDB and HBase have quickly caught up with traditional ones like Oracle and MySQL. Given the agility, scalability, and versatility of NoSQL systems, they are highly likely to gain momentum over the next few years. It is also expected that more people will start using cloud NoSQL systems like Google’s Cloud Datastore. There may also be a growing interest in using these databases for DevOps since these systems offer high levels of scalability and schema flexibility.

The rising popularity of these systems will also cause a shift in the roles of database administrators or DBAs. Most of their current roles will be filled by AI and adaptive machine learning systems. Because DBAs won’t have to bother with mundane tasks, they are more likely to take up more strategic roles and might have to focus on DevOps.