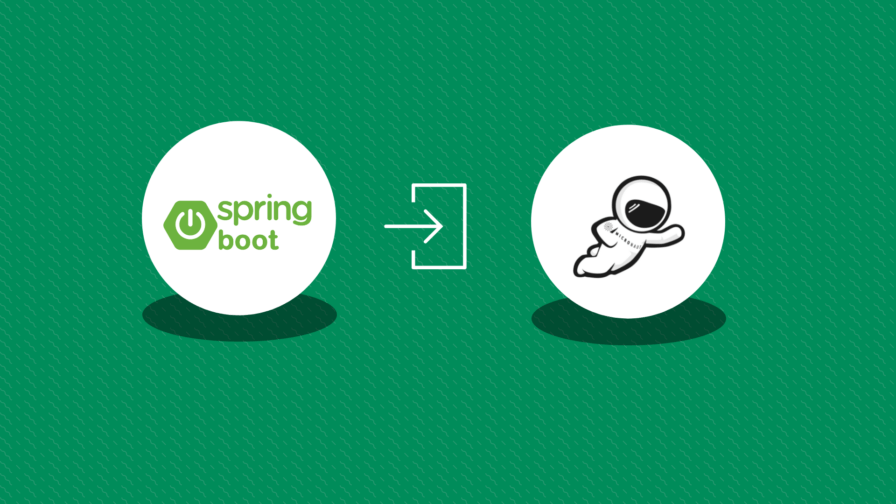 In the beginning there was only JVM

The JVM (Java Virtual Machine) is a virtual machine that acts as a runtime engine for running java applications and programs and programs in other languages compiled by Java bytecode. It has two main functions: optimizing program memory and allowing Java programs t run on any OS or device.

In 1995, when Java was released, programmers wrote all computer programs to specific operating systems; thus, it was the software developer’s job to handle memory management. When the JVM was released, it was a breakthrough.

However, JVM applications have a warm-up time, and they do not typically perform well during this time, and this is only made worse by the classes loading at runtime. Java frameworks such as Jakarta EE and Spring have been using classpath reflection and scanning, and this causes even longer startup times. And while this is not an issue with traditional application servers, it is with containers.

Longer startup times make the JVM even less relevant, and this situation is worse in serverless environments. To deal with this, Oracle offers SubstrateVM that allows JVM bytecode to be transformed into a native executable by compiling the bytecode AOT. Because of this, you will need to feed it information available on the JVM at runtime.

The result is that on one side, there is JVM leveraged by frameworks, and on the other side, native executables that need excessive build time and fine-tuned manual configuration.

The latest framework generation, such as Micronaut, aims to find a balance and generate AOT. Micronaut and other such frameworks create extra runtime classes that help avoid classpath scanning during startup time. The idea behind new frameworks like Micronaut is to avail as much code as possible at build time.

Migrating from Spring Boot to Micronaut? Here’s What You Need to Know

Spring Boot came as a natural evolution of the Spring Framework and is arguable the most popular Java framework. One reason for its popularity is that it has been on the market for quite some time. It runs on Tomcat by default, and the actuator gives excellent management and monitoring support. Spring Boot also offers a wide array of third-party libraries that cover topics such as service discovery, distributed configuration, and integration.

Annotations are also used extensively in Spring Boot, with no pre-processing happening during the compilation phase. This gives Spring Boot a faster startup time and a bigger memory footprint.

Provided by the Object Computing Company, Micronaut is among the latest Java frameworks. It was built from the ground to support working with serverless functions and microservices. Since it is a cloud-native stack (as advertised by its creators), several aspects of cloud deployment, such as startup, memory footprint, and service discovery, were considered during the design process. Startup times and memory usage are low, as is crucial when working with serverless functions.

The API in Micronaut is similar to the one in Grails and Spring since it is inspired to a great measure by those two frameworks. Micronaut is compatible with Kotlin, Java, and Groovy and can create services based on gRPC, REST, and GraphQL.

Although the migration process from Spring Boot to Micronaut is relatively easy, there are some factors to consider, as listed below.

Although Micronaut draws inspiration from Spring, these two frameworks have some distinct differences. Below is a comparative analysis of various attributes between Spring Boot and Micronaut

Micronaut describes itself as a framework for cloud-native app development, and it holds to this. It does not depend on third-party cloud services and supports the most popular cloud features by default.

The following cloud-specific features can be found integrated into its runtime directly.

On the other hand, Spring Boot needs third-party cloud libraries or services to support the cloud-specific features discussed above, as it does not support them by default.

The default security mechanisms supported by Spring Boot are:

The following caching providers are supported by Micronaut:

The following caching providers are supported by Spring Boot:

In Spring Boot, the properties are defined in application.yml or application.properties. These application files can also be overridden using environmental variables, JNDI attributes, and system properties.

You can use the following property files with Micronaut: application.properties, application.yml, and application.json. However, similar conventions are used to override properties.

There are several benefits of migrating from Spring Boot to Micronaut, as discussed below.

As advertised, the startup time for Spring Boot was 24 seconds, while that of Micronaut was 4 seconds. This makes Micronaut about six times or 600% faster than Spring Boot.

The process is described below:

The most difficult part of migrating from Spring Boot to Micronaut is the slight difference in implicitness. Micronaut offers several advantages over Spring Boot, such as faster booting time and lower memory use immediately after booting. If one knows the conventions gap between the two stacks, migrating is relatively straightforward.

It’s Not Just Code: Here Are Some Key Skills for Real Senior Devs