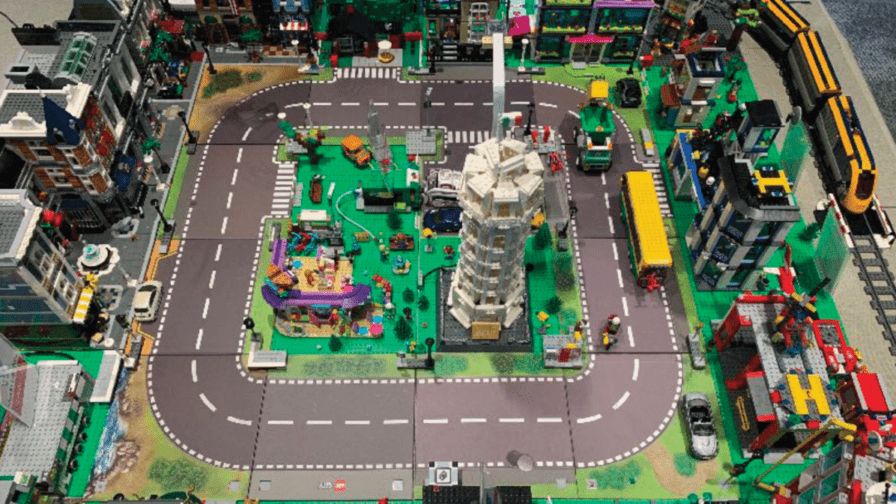 At Codemotion Rome 2019, Gabriele Provinciali, Oracle Solution Architect, presented Proxima City, a project focused on IoT and microservices to improve our city and lifestyle. Proxima City could be the new frontier of services for smart cities.

On 22 and 23 March 2019, Codemotion hosted one of the most hotly-anticipated events regarding coding. During the conference, project managers, software architects and developers benefited from the fantastic panelists. Various industry professionals attended the conference as speakers to provide valuable knowledge on the subjects of IoT, software development, leadership and teamwork methods, blockchain, etc. Among many companies, Oracle presented several ideas, including its own solution for a programmable smart city.

The PROXIMA city project was created by software architect Gabriele Provinciali and his team. On a sultry day in July, perhaps thinking about the quickest, freshest route to the parking lot, an Oracle development team thought about the usefulness of developing an interconnected city prototype. Once the decision to start the project was taken, the team gave itself some well-defined rules:

Provinciali and his team built a Lego model of an envisioned city that could improve the lifestyle of its citizens. Their goal was not simply the realisation of a prototype, but the development of both hardware and software that could be mobile and reallocated.

“One of the obstacles we have faced is precisely the conception and realisation of integrated Use Cases, rooted in the real world, and in which people could recognize themselves as citizens, users or customers. People who visit Proxima City are attracted to Lego buildings, but at the end of the path they have a clearer idea of ​​the value that technology can generate for all interlocutors“

After underlining the guidelines of the project, let’s move on to analysing its development.

In order to respond to concrete needs based on real data, the team immediately created an SDK useful in communicating actual physical world events.

In fact, the project would not have been effective had it been limited only to responding to simulated events.

Once the SDK was developed, Provinciali and his team decided that the most effective way to develop PROXIMA was to use a microservice architecture, rather than a monolith. For non-technicians, the microservices architecture involves a greater complexity in the development and a greater initial effort, favouring the scalability and the programmability of services, since everyone communicates autonomously.

The edge computing environment was created with Arduino – small hardware made up of electronic cards with microcontrollers – planted in Lego. Each Arduino is connected with the relevant sensors. The hardware was used to generate events that could then be sent to the cloud for the purpose of enrichment. In addition, industrial sensors have also been added to offer the most holistic service possible. The communication protocol used to allow the Arduino and industrial sensors to exchange data with the Raspberry Pi is the common MQTT. In fact, the Arduino, given their minimal computational power, rely on a Raspberry Pi that acts as a gateway for the cloud environment. To offer a better monitoring service for the Edge environment, an analytical dashboard has also been designed.

The guidelines for the development of the Edge part were very clear; the team had to guarantee an architectural style:

These guidelines have been fundamental to achieve the set objectives. The team had to avoid exposing itself to the domino effect of technical problems that would have caused huge scalability problems.

The cloud environment was managed with the implementations shown in the image:

The Oracle team succeeded in developing a programmable smart city in just one month. After taking a quick look at the software architecture, we can move on to interesting applications for citizens, city leaders and stakeholders.

In addition to the useful dashboards for reading data analysis, the designed microservices are useful to monitor temperature and air quality, managing parking lots and garbage, finding the nearest services and shaded areas and many other uses.

Although the project was born as a parallel activity, it was a huge success. The city of Lego was exhibited in Singapore, Dubai, London, Stockholm, Brussels and Paris. Soon it will be shown during the Oracle event to specify that its services are NOD: Not Only a Database.

The Lifecycle of the Developer’s Career

Become a Mobile Developer and Connect the Virtual and Physical Worlds