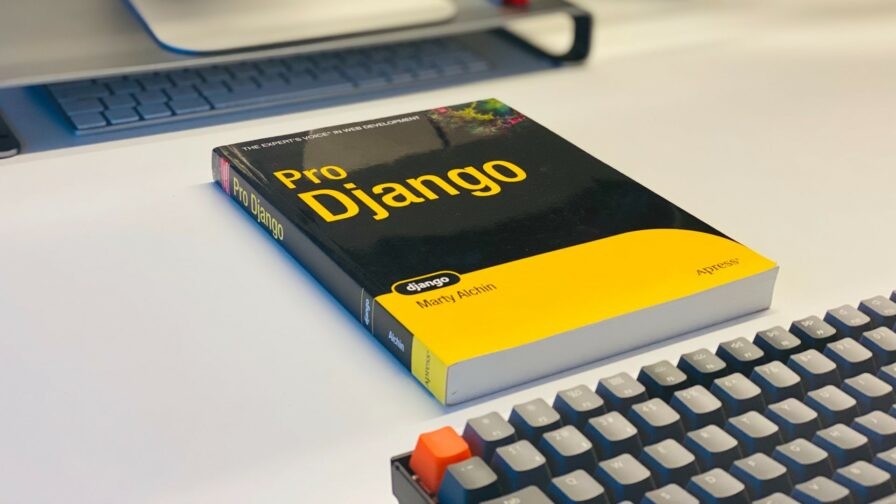 Python is one of the most popular coding languages in use today and devs are always hunting for new frameworks. First developed around thirty years ago, it’s now reckoned to be one of the fastest growing in terms of user base and currently, more than 80% of developers use it. It’s also favoured by some big corporate names. Netflix, Instagram and Dropbox rely on Python for their websites and tech giants like Oracle, Google and Amazon make use of Python for a number of different tasks in their operations.

One of the most flexible and scalable of languages, Python embraces a lot of the features that developers favour in their coding choices. It is an interpreted rather than compiled language, making it fast to work with and simple to deploy. Structurally, it’s object-oriented and dynamically typed, which aids clear and logical coding practices that are less buggy and easier to maintain. It’s also open source, platform-independent and supports secure coding protocols.

Python is easy to learn and use, meaning developers with little coding experience can quickly get to grips with it. It has an easy-to-read and intuitive syntax. Library support is robust and extensive, which makes it ideal for web projects, large and small. Meanwhile experienced coders can wield its more powerful features and build large and complex software systems on the back of it. Not the least of Python’s contemporary uses are cutting-edge machine learning and AI systems.

Why use Python Frameworks?

Contemporary coding relies on robust and well-established ecosystems. Code libraries and frameworks give developers a head start in producing applications for specific domains rather than repeatedly reinventing the wheel. In particular, frameworks are a mainstay of web developers using virtually all modern programming languages.

Frameworks are usually used to handle low-level system operations, like handling different network protocols, sockets and multithreading. These low-level details are often not application-specific so it makes sense to use generic handlers. Frameworks can also simplify coding by providing a single interface to alternative operating systems or network implementations.

Using frameworks with any language can be a significant time-saver for developers. By having repeated low-level tasks handled automatically, coders can deploy new functionality quickly and easily. This is a great asset in Agile development for example. Frameworks also mean that coders need not learn about all the low-level dependencies of their code base. Frameworks provide a level of abstraction over operating systems, databases and protocols that allow developers to concentrate on the logic of their application rather than the nuts and bolts of hardware or network issues.

Python, in particular, because of its popularity amongst coders, has spawned a range of useful and robust frameworks to streamline application development. Many of these are also open source, which has several benefits. Firstly, open source is often cost-free for developers to use, depending on the commercial intentions of their applications. Secondly, open source usually has a large supporter base, meaning bugs or issues are resolved quickly and help is easy to find in public channels. And thirdly, open source can be updated by developers if need be, so, in principle, functionality is as extendable as required.

With Python’s burgeoning popularity, it’s easy to see why there are numerous frameworks to try, both for web development and other applications. Here are five to look out for

Flask is an open-source web microframework. That means it’s exceptionally light and fast and suitable for a wide range of applications. As a microframework, it dispenses with some of the more hand-holding scaffolding and abstraction layers that you get with heavier packages like Django.

What Flask does have is a modular request processing system and database layer to cover the low-level basics with full REST support. It also has a built-in web server for development and supports unit tests. The benefits of Flask are primarily lightness and flexibility. Flask can be used for the simplest web transactions without needing to load heavier libraries. It can also be more easily adapted to services that don’t adhere to common CRUD patterns if needed.

Jupyter is a framework for interactive data science and scientific applications. Although its default language is Python, it is designed to work with many languages for maximum flexibility. Its two other core languages are Julia and R, but Ruby and Haskell are also prevalent.

The most common use of Jupyter is Jypter Notebooks, an interactive browser-based environment for hosting and processing computational documents, including mathematics, plotting data and rich media. Code is entered into input/output cells which can be arranged into workflows. It is also open source and its modular design invites extensibility.

Pandas is valuable for cleaning, exploring and processing data in ways that may be familiar to Excel users or SQL coders. In fact, Pandas is often used to clean up messy data from both of these input sources. But Pandas is more flexible and extensible than either of these, with an object-oriented approach that encourages clean and efficient data handling and coding.

Django is a full-stack web framework and is one of the most commonly used Python platforms on the web today, used for many large-scale web services. Full-stack means that it handles the whole request cycle with no need for external tools, abstracting everything from the operating system and web server levels, through to database and programming layers.

Coding-wise, it is based on the DRY (don’t repeat yourself) principle and supports the MVC methodology. It has in-built libraries for many databases, including Oracle, MySQL, SQLite and PostgreSQL. It also has full support for URL routing, localisation, session handling, user authentication and CSRF prevention.

CubicWeb is another open source full-stack web application framework. The core concept of CubeWeb is the “cube”, a re-usable component that defines a set of specific features, similar to well-known object-oriented programming principles. Each cube combines a data model, logic and a user interface. A large number of existing cubes are available in the cubes library, which applications can make use of as building blocks with rich functionality.

There are of course many other Python frameworks that are worth keeping an eye on. Given Python’s prominence today, many of these are aimed at web development, but there are others too. Here are a handful of further suggestions to consider:

With a still expanding ecosystem and easy learning curve, Python is proving to be the go-to language for many new, as well as experienced, coders. With these frameworks and the many more that are available, Python’s functionality is easily and quickly leveraged for a huge range of possibilities.