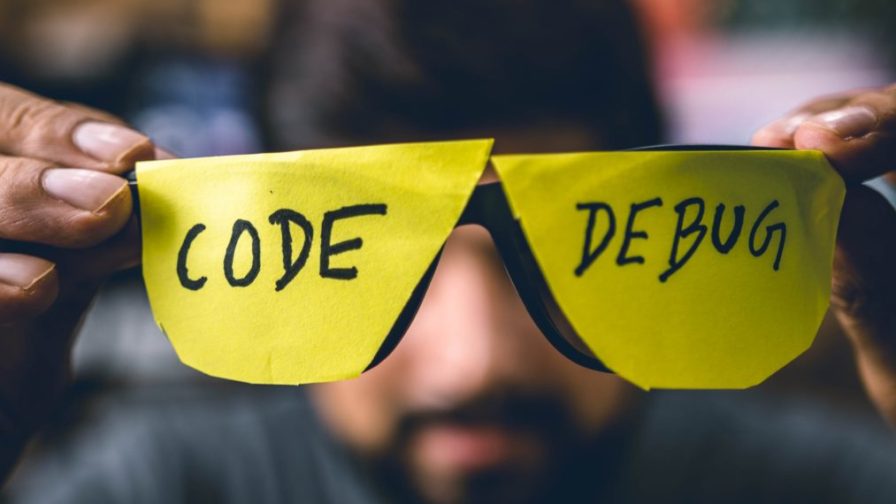 From Hoverfly to Lyft Envoy, there are a number of tools available for troubleshooting and debugging microservices. But even with tools in hand, debugging microservices can be a challenge. With so many layers of potential abstraction and complexity, developers have to dig deep into their logs, dependencies, and reporting. Microservices architecture gets only more complicated as it scales, and many administrators and developers may find themselves struggling to manage and maintain a system that has outgrown them.

Still, debugging microservices is essential. How can developers make their jobs easier? What are the best practices and easiest methods of testing microservices—and ensuring that the issues are found?

How to test microservices

With any element of architectural complexity, it’s important that testing is conducted in a structured, refined, and optimized way. Manually testing microservices happens in a step-by-step process:

Testing microservices when they are already experiencing issues is often going to relate to trying to track the issue down first, which is where logging and tracing comes in. While microservices are going to be tested before they are operative, they also need to be tested afterward, often within a live environment. A lot of this can be done manually or through a debugger, depending on DevOps processes.

In development, best practices are the perfect way to start. While they don’t always have to be followed, they provide the easiest and most expedient methods for product debugging. Here are some of the best practices for debugging microservices in any environment, whether using open source or commercial tools.

1. Make Sure Your Logs are Searchable

Microservices debugging really requires high fidelity logs. Make sure that the logs are searchable and that you can change your logging level at will. Being able to change your logging level at will means that you’ll be able to drill down to issues much faster, rather than having to search through the entirety of the system. Since the system is not a monolith, it can be difficult to trace.

2. Return Transactional References Back to the Client

Returning references to the client makes it much easier to track and debug any issues as they occur. One of the major problems with microservices architecture is that it’s extremely challenging to track issues on a higher level. By returning references regularly, a breadcrumb of trails is provided. Distributed systems are notoriously difficult to track; this makes it easier.

3. Invest in Setting Up a Logging Framework

Since logging is the most important component to debugging microservices, you may want to invest in a logging framework. A logging framework will give your logs the structure that you might need, so that the log is both easy to read and also high performance. Consider Node-Loggly, NLog, or Log4J if you need to improve your stack trace tooling.

Monitoring tools can automate the process of debugging and make it easier for you to identify potential issues, especially performance issues that might otherwise cause problems without outright failing. Monitoring tools can cut down on a significant amount of debugging time by at least drilling down to the service that is responsible. In software development, more automation is always better.

At its core, microservices debugging is going to be about logs and reporting. Whether you upload your logs into a database or use a log framework, you should start to take more detailed, comprehensive logging. These aren’t the only best practices you should be following, but they are the key best practices you should use. The goal is to ensure that you have the information you need to trace issues back to the source—and that getting that data isn’t a processing or performance burden that could ultimately tax the system.

Foremost, the challenge with microservices involves sheer volume. With an ever-increasing number of microservices available, it can be very difficult for anyone to manage and monitor their systems. This is where tools and automation come in: Without tools and automation, it becomes very difficult for any developer or development team to track down issues.

But there are other issues, too:

Much of this simply has to do with the increased complexity of the system. Preparation is always key. The more preparation developers and development teams do to ensure that they are able to properly manage their microservices, the better—and the more they do to improve their log data, the more they’ll thank themselves later.

It cannot be emphasized enough that logging and crash reporting is the most important part of troubleshooting and debugging microservices. Obfuscation and complexity are the key enemies when debugging microservice architecture, so the best way to defeat it is to ensure that logs are robust enough, high performing, and also able to be filtered and searched for information.

A frequent mistake with logging is to take very robust logs but not have a way to filter or search through them. In this way, the logs themselves become a barrier to understanding what’s going on. On the other end of the spectrum, logs may be very easy to search through, but may not be useful because they aren’t logging the most important events.

A log framework gives a developer a starting point with their logging, so they don’t have to try to develop their log structure on their own. However, developers will often need to tailor their logs at some point to give them the most relevant data, as every architecture is going to be unique, and the data that’s needed will vary between systems and environments.

When troubleshooting and debugging microservices, developers should consider whether they’re getting the information they need from their existing log files, or whether they feel that their log files need to be enhanced. GitHub has a number of solutions, depending on whether someone is looking for a Java, Visual Studio, or other environment loggers. The debugging process may vary depending on programming language and service.

Distributed tracing makes it possible to trace requests through services, making it easier to identify the locations of issues as they occur. Tracing has a fairly narrow band, not only does the service have to be identified, but also when the incident took place. Much like space and time coordinates are necessary to capture a moving body, multiple coordinates are needed to capture an issue, especially if that issue is intermittent by nature. Distributed tracing allows for end-to-end visibility and ultimately makes it far easier for developers to trace issues in their system.

Tracing microservices is naturally complex because the issues in the system aren’t always noticed where they originate. Because errors can be passed through a multitude of systems, they can also be divorced from where they first started. And because of that, tracing microservices can take an exceptional amount of time, especially if they pass through services that aren’t owned by the organization. But distributed tracing is a scalable and powerful method of tracing throughout a system, to yield better, faster, and more consistent results.

Debugging microservices is always likely to be a challenge for many developers, simply because of the inherent complexity in the task. As companies grow, they are going to use more microservices than ever before, and the number of microservices an entity uses is likely to only increase and rarely decrease. But by following best practices, developers can continue to manage these microservices effectively—even as they scale.

The right processes, procedures, and technology are, in fact, essential for organizations that are going to be scaling their architecture and shifting their needs. For developers who are already struggling with debugging their microservices architecture, investing in additional tools, seminars, and training can help.