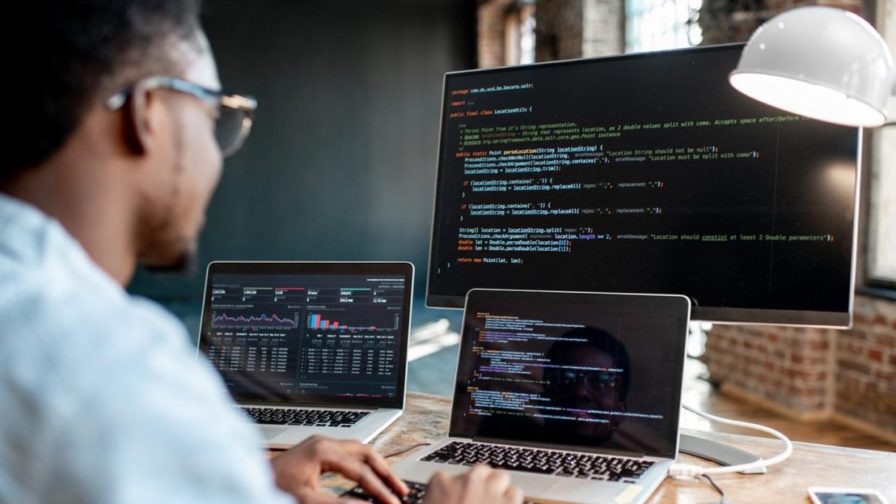 Every year SlashData and Data Developer Economics surveys developers to gain an insight into key trends. They released their most recent State of the Developer last month which reached more than 17,000 2020 software developers in 159 countries. This research report delves into key developer trends for Q1 2020 and beyond. The report focuses on six major themes, showing how the data lends insight into the developer community:

Let’s take a look into some of the most interesting results of the survey.

The choice of programming language matters deeply to developers because they want to keep their skills up to date and marketable. Languages are a beloved subject of debate and the kernels of some of the strongest developer communities. They matter to toolmakers too, as they want to make sure they provide the most useful SDKs.

JavaScript remains, by far, the most popular programming language, with more than 12M developers worldwide using it. The JavaScript community is also one of the fastest growing ones. Between Q4 2017 and Q4 2019, 3M developers joined the community – the highest growth in absolute terms across all languages. Not only do new developers see it as an attractive entry-level language, but also existing developers are adding it to their skillset. As a result, JavaScript is now used by more than half of developers working on web applications, cloud services or extensions for 3rd party ecosystems.

Two other languages that stand out with their fast and continuous growth are Python and Java. These two combined have added close to 4M developers in the past two years.

The fastest growing language community in percentage terms is Kotlin. It nearly doubled in size in the past two years, from 1.1M developers in Q4 2017 to 2M in Q4 2019. Given that Google has made Kotlin its preferred language for Android development, we can only expect this growth to continue, and Kotlin becoming a core language in mobile development.

C# is an important language in the AR/VR (Hololens) and game developer ecosystems, but it seems to be losing its edge in desktop development – possibly due to the emergence of cross-platform tools based on web technologies. The overall adoption of PHP may not have dropped significantly, but our data shows that the language is gradually losing popularity among web developers (even though it remains the second most widely adopted language behind JavaScript).

Software Developers in 2020: contributing to open-source

Open source software is a central part of the developer world. Not only does every category of developer tools have open source alternatives, but some areas are completely dominated by open source offerings. Furthermore, the collaborative nature of open source communities embodies the widely held values of sharing code, knowledge, and best practices which is core to developer culture.

On the other hand, 44% of open source contributors expect companies to support and contribute to open-source communities. This increases to 55% for developers who contribute to solve an issue. Many contributors (44%) expect full documentation on how to use open-source software on companies’ products or services. This is especially important to developers who get paid for their work (53%).

DevOps Participants and Adoption by Developers

While DevOps is technically a culture rather than a set of tools, CI/CD is at the core of the collaboration process between operations and developers. However the survey found that the majority of developers are not using these tools and usage is not growing. While many firms in various studies have indicated that they are adopting DevOps, the research data suggests that this shift in culture is not ubiquitous across organisations. Has the use of CI/CD tools reached as many developers as it can or are there certain market barriers? The researchers note that 58% of developers using CI/CD tools work for firms with more than 10 people involved in software development and users are more likely to be experienced developers.

Where do machine learning developers run their code in 2020?

Machine learning (ML) powers an increasing number of applications and services which we use daily. For some organisations and data scientists, it is not just about generating business insights or training predictive models anymore. Indeed, the emphasis has shifted from pure model development to real-world production scenarios that are concerned with issues such as inference performance, scaling, load balancing, training time, reproducibility, and visibility. Those require computation power, which in the past has been a huge hindrance for machine learning developers.

Developers who do ML/AI research are more likely to run code locally on their computers (60%) than other ML developers (54%); mostly because they tend to work with smaller datasets.

However, ML developers involved in data ingestion are more likely to run their code on private clouds and on-premise servers, while those involved in model deployment make heavier use of public clouds to deploy their machine learning solutions.

Most people who are involved in AR or VR are hobbyists, and not just in AR & VR. These people are more likely to be hobbyists in every other sector than people not involved in AR or VR. They are technology enthusiasts who like to experiment outside of their professional duties and are currently experimenting with AR & VR, potentially with a view to incorporating AR.

When it comes to AR, Unity Mobile AR, AR Core and AR Kit lead the pack of software tools for people creating AR products, but all of these tools are favoured more by developers than by non-developers. This suggests that there is space in the AR software market for a tool which allows non-developers to more easily realise their creative vision.

AR & VR practitioners are primarily focused on creating entertainment and services products. However  77% of AR/VR developers are building products in the services category (such as business logistics products).

Emerging technologies for software developers in 2020

DevOps and Fog/Edge computing had the largest year-on-year increase in adoption and engagement. Devs are most engaged with DevOps with 59% of developers interested in, learning about or working on it. This is unsurprising as the discipline has gained significant traction in the last year as companies continue adopting continuous integration and continuous delivery into their development processes.

The research found a significant difference in many areas of technology where interest and engagement were higher than actual adoption. This is particular apparent in technologies where the barrier to entry is high and commercial relevance is still many years away.  For example, computer vision is currently being used by 13% of engaged developers, with a further 25% learning about it. Robotics is being actively used by 8% of engaged developers and only 5% of engaged developers are working on Self-Driving Cars and just 4% on Quantum Computing.

The research also notes that a relatively high proportion (35%) of engaged developers are either learning about or working on Cryptocurrencies, however, the fact that only 41% of developers are engaged with it suggests that crypto-fatigue is beginning to set in while interest in blockchain development remains.

Read the full report over at SlashData.