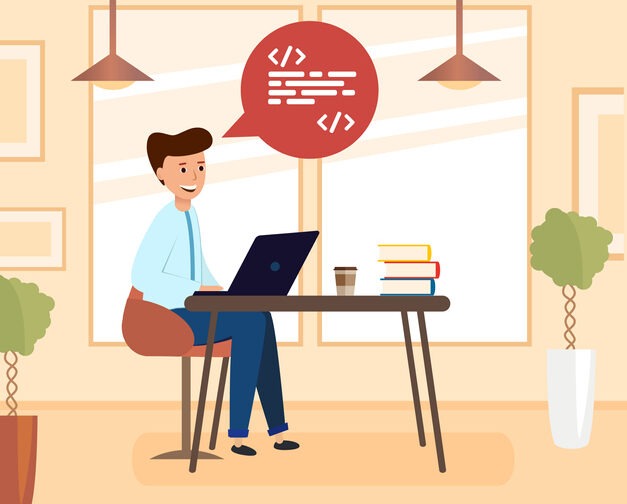 Initially conceived by Russian programmers Valentin Balt and Michael Cherviakov, a 2002 petition collected signatures calling for the Russian government to fix an annual Programmers’ Day. Seven years later and after lengthy deliberation, the first such calendar event to commemorate the contributions of programmers in computer science, business software and other technological advances was in September 2009.

Since then, computer software and computer programs have continued to play an increasingly central part in telecommunications, manufacturing industries, security, entertainment and the administration of civil society. In addition, some programmers now work with data scientists on artificial intelligence algorithms and neural networks.

The International Day of the Programmer is on the 256th day of the year because of the significance of two to the eighth power. In mainframe computing, an eight-bit word in the binary system (base two) can represent 256 different values, from 0 to 255 inclusive. Early desktop computers often came with disks or memory in multiples of 64, 128 or 256 kilobytes. Nowadays, in microchip storage, 256 megabytes is a quarter of a gigabyte.

The day celebrates the contribution and innovations made possible by programmers and software engineers who design and write computer code. Around the globe, developers and companies worldwide have adopted different ways to celebrate and observe this day, including:

Some organizations and companies celebrate Programmers’ Day by organizing themed parties, contests and even decorating an ornamental tree with zeros and ones.

Suppose you are interested in learning basic programming. In that case, you could ask a programmer for helpful pointers or even be your mentor. Alternatively, why not sign up for an online tutorial? Even advanced programmers never stop learning and keeping up with the latest developments with courses at every level or mentoring a friend.

The Developer Experience or DevX event plays a key role for developers beyond mere coding. Crucially, it focuses on the tools and products developers use, boosting understanding and efficiency within the industry.

Developers participating in the event are more likely to maintain their technical currency and industry awareness. Apart from sharing professional knowledge, attendance will likely open up other exciting opportunities. Thus, while it is an important programming event, Codemotion also considers DevX crucial in empowering developers and improving the developer experience.

In companies, developer experience addresses how developers use systems, software, tools and interfaces needed to do their work. DevX focuses on facilitating programming work and boosting productivity. Forward-looking organizations that prioritize their developers’ experience stand to gain the most in today’s competitive environment. Significantly, from a business point of view, it favors increased profitability.

Some facts about computer programmers in 2022

Demand for programmers is buoyant and could increase by around a fifth (22 per cent) by 2029, in projections drawn up by the US Bureau of Labor Statistics.

Though a minority, hackers are prolific; they write about 6,000 new viruses each month.

Statista’s research confirmed that developers and programmers adapt their skills to various platforms and operating systems. More than three in five (61 per cent) use the ubiquitous MS Windows, while slightly less than half (47 per cent) work with Linux’s operating system. Apple’s macOS ranks third on the list.

Results published in Developer Tech also revealed that nearly seven in ten (69 per cent) of software developers use Javascript as their primary programming language. Moreover, its user community extends to around 13.8 million members. In contrast, data collected by Stack Overflow showed that Python tops the list of new programming languages developers would like to learn.

Recent progress in computer science has seen the growth of edge computing, a paradigm whereby systems process data relatively near to the end user in the network topology or hierarchy. This phenomenon is likely to become more commonplace as usage of the Internet of Things (IoT) devices increases. In line with these expectations, business analysts predict the global edge computing market will reach $6.72 billion in 2022. Similarly, forecasts for global IoT spending envision a rise to $1.1 trillion.

The integration of AI into software and deep learning algorithms is a significant development trend. Although the technology is not new, the latest advances and increases in accuracy are transforming business.

According to a McKinsey survey, nearly nine in ten (87 per cent) of global technical organisations are experiencing a talent shortage. In 2020, this lack of staff led to an estimated 40 million jobs going unfilled. Furthermore, experts predict that this shortfall will rise to reach 85.2 million workers by 2030. However, Forrester Research forecasts that robotic process automation could threaten the jobs of more than 230 million knowledge workers, around 9 per cent of the global workforce.

Developer Career can offer a lot of benefits, but has to be carefully planned. Choosing your favorite language could be the easiest part, but stay on top of the latest trends is more complicated to achieve.

Stack Overflow’s recent survey showed that Australian developers have the lengthiest programming backgrounds, clocking up an average of just under 17 years. Their UK colleagues come in only a few months behind with 16.1 years of work history, while US programmers are a close third with 15.8 years of employment in coding.

The average length of programmer careers in the Netherlands was 15 years, while Canadian developers have a track record of 14.4 years. Of the latter group, almost one-third of the latter had begun coding within the last five to ten years.

The average annual pay for a software developer in the US is in the region of $73,967. However, due to demand, California programmers attracted remuneration packages of up to $134,370, followed by Washington State, where the average annual base salary was $73,967 (*1).

Working as a programmer

On the job, day-to-day programmer tasks involve finding out what the client and the development team want unless analysts have already drawn up a specification. As well as writing or amending computer code, programmers participate in technical design meetings and keep accurate records of software changes. They also support systems once they are up and running in a live environment.

Video Highlight: Back to the Future with Quarkus!