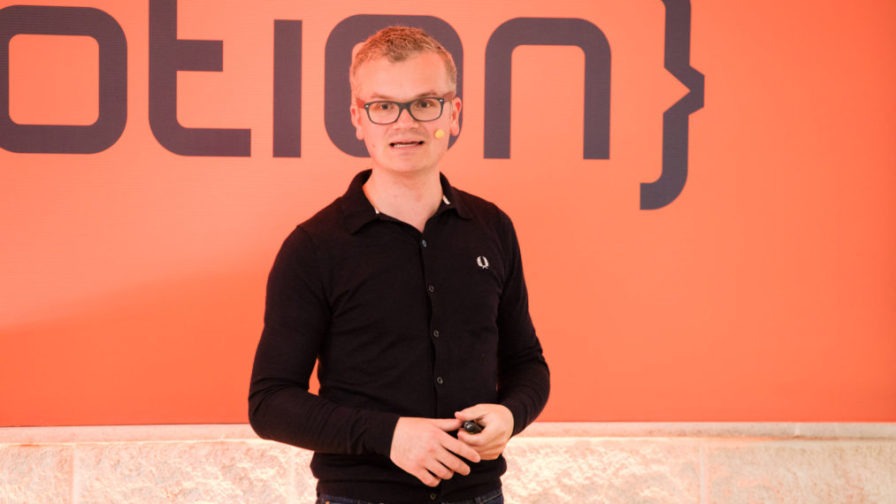 Thijs Feryn is a technical evangelist at Belgian web hosting company Combell. His goal is to bring technology to the people and people to technology. He focuses on bridging the gap between code and infrastructure. Thijs is also involved in many open source communities and leads the PHPBenelux community. He speaks, listens, writes, codes, teaches, organizes and is above all very excited to speak at Codemotion.

Thijs will deliver a talk about DevOps/Container at Codemotion Berlin 2018.

When we met him, we started talking about Getting started with Varnish Cache the book he published with O’Reilly

Hi Thijs! The book you wrote sets you firmly on a path to a high-performing website with practical information and tips. This guide helps you master Varnish basics so you can get up and running in no time. How does this adventure start?

Writing this book was definitely a crazy adventure. The company behind the open source project called Varnish wished to publish a book on it, but they wanted an independent author. They thought I was the right person and when I read the email and I noticed that the publisher was O’Reilly I said “Oh my god! Yes of course!” and the rest is history. I already had a pretty good idea about how this book should be written, not because I have experience writing books, but because I have experience with the topic and that I know what is the message is that I am conveying. As I do a lot of public speaking and Varnish is one of the topics I cover in both my workshops and talks, I already had the outline ready in my mind, the missions, the idea, the goal – I just had to draft it down. After checking with the marketing team, part of the software and my editor at O’Reilly, we quickly finalized the draft eventually turned it into an actual book which was a rollercoaster of events and emotions.

You seem to be very interested in the in the cache and HTTP/ HTTS technologies. What key feature of these technologies second your opinion? What is their future? What value does it bring to the current developing of the web?

What I noticed that with the popularity of the clouds, people take the easy route: they seem to throw whatever they have, when they experience extra capacity demands. We’ll just throw extra servers to scale up. That’s the easy way to go, but that’s quite expensive and add complexity. So instead of just throwing servers, you can choose to lower the impact of the application on your server. Why not tuning to a certain extent? The problem is if you start tuning your application it will cost time and money and developers cost a lot of money. People are looking for a reasonably easy way out, and caching is actually a good strategy as a lot of people back in the day thought well if you cash that must mean that your application is poorly written. But it’s not, because what I’m seeing throughout the industry with CMS’s and frameworks is that they’re focusing heavily on caching as well, because why would you recompute a piece
of information if the source data doesn’t change. Why don’t we just store that and they’re ready to use format and deliver it more quickly?
That’s what I’m seeing in WordPress or Drupal, and on all older content management systems and frameworks and it’s a good way to go.
HTTP has a set of criteria, a set of rules, set of best practices and I see that application developers and open source communities are following that up a little bit more closely than they used to do, and for me as someone who works in the hosting industry and who sits between applications and infrastructure, it’s a lot easier to do my job these days.

How do you think that caching and all these new technologies are shaping the way in which the users will use the web tomorrow?

The users have this notion that the Internet is something that’s really tangible, always out there, that is infinite and very similar to the way other people see the cloud and the promises of the cloud.
I think we should keep it simple and find ways to make the Internet a sort of infinite capacity, infinite availability. Technologies that were currently like caching technologies but also other cloud-based technologies are working hard applications scale and to make users be able to interact on the internet on a constant basis. If we compare what we are doing on the internet now to what we did a decade ago, I think it’s quite different. A lot more is happening on the Internet and technologists, developers, people who are responsible for UX, people working on infrastructure are to thank for that because they made technology a little more simple and made it easier for businesses to present use cases and monetize things that the end-user could benefit from.

You talked about the open source communities and we usually think that the communities are the key to the changing in the web development. What’s your experience with the communities, for example, the PHP Benelux which you have led for so long?

Up until January of this year, I was part of it for almost a decade starting up that community and helping it grow.

The PHP community obviously, is the community I’ve always been involved in and I’m still actively involved and not so much as a contributor to the PHP project but as a sort of liaison and an evangelist who brings people together.
Communities are about tech but it’s also about bringing like-minded people together and creating a sort of atmosphere where professionals can have nice interactions with their peers.
So for PHP Benelux what we did for almost 10 years with the crew that I was part of, was create this exact setting, making sure it is an experience.

We all know the standard talks, and the standard topics we wanted to spice it up a bit more and make it entertaining for people to be there, so they just don’t learn about tech but also about the setting that is created to interact with one another. Don’t forget that communities are the breeding ground for a lots of technologies and this is the ideal way to interact with score contributors or with peers who are probably facing the same issues.

It’s not really the traditional place where I have to do well, such as academic training or a professional Institute where I go to follow up classroom training.
Sometimes social media, meetups, conferences, – Github for example – are good places where people can interact. I can speak for myself: I learned a lot from being online in online communities and also being able to meet these people, but sometimes you have certain ideas that you can talk about online but having them physically in the same room in a setting that is friendly, it really helps.

So yes, communities are super important to me even from a professional context.
As an evangelist, sometimes people ask me questions and having good relationships within the communities, is just the easy way to get the solution if you don’t know the answer.

Of course, as you mentioned correctly it’s not all about taking and grabbing the information: it’s super important to give back. My way of giving back is helping to organize the events, doing presentations, making sure that they are small meetup groups, that have a sense of relevance, get introduced to people who live in the area and everyone has their role.

You are working as an evangelist. So what is what is the most exciting part of being an evangelist? What has been the biggest challenge that you had to face?

The reason I became an evangelist is that I wanted to help people. I used to be the team leader of our tech support department, where interaction was very one-to-one and it gave me a lots of satisfaction to be able to help people with a mixture of social and technical skills.
But I wanted to broadcast this because it’s not very efficient if you have this idea how to help people and it’s only one-to-one relation: the phone rings, we pick up, can help that person.

At the end of the ride, they are happy and it’s done, but to be an evangelist is to have that same message and to be able to spread that message across a wider audience. That for me is the most exciting part. It’s absolutely primarily about technology, but also about social skills and being able to interact with people under the form of presentations and one-on-one.
Videos, vlogs, podcast, interviews: those are things I’m really passionate about.
It’s being able to relay the information that is super exciting.
Now the challenge is to be always relevant as you travel around the world and viewing presentations, you still need time to be in the trenches and to work with technology, and on the other end it’s and that’s more of a personal thing, not only to be relevant but to be accepted wherever you are liked.

If you would like to leave a message to a young developer or to someone hoping to become a developer, what would you say to them?

A wise man once told me that as a developer you don’t need a written resume: Github is your resume. So what my advice is, if you’re passionate about the technology – and I’ve seen really young people that are passionate about technology, contribute to an open source project and use your commits as your resume.
I’m pretty sure if you do decent contributions to certain frameworks and projects that matter on the Internet, you’ll get in everywhere people need a lot of developers. As a young person, you should realize that if you’re an IT professional, you have loads of opportunities. Even if you’re not from a privileged group there are opportunities out there, and if you’re not up for it facing people in a meeting room and telling them why you’re so good at contributing to the right open source projects, send them your repository, send them a list of all the commits you’ve done, all the contributions you’ve done, and the doors will open right up.

Thijs Feryn will be a speaker at Codemotion Berlin event, talking about Leverage HTTP to deliver cacheable websites. Come and meet him from November 20 -21!