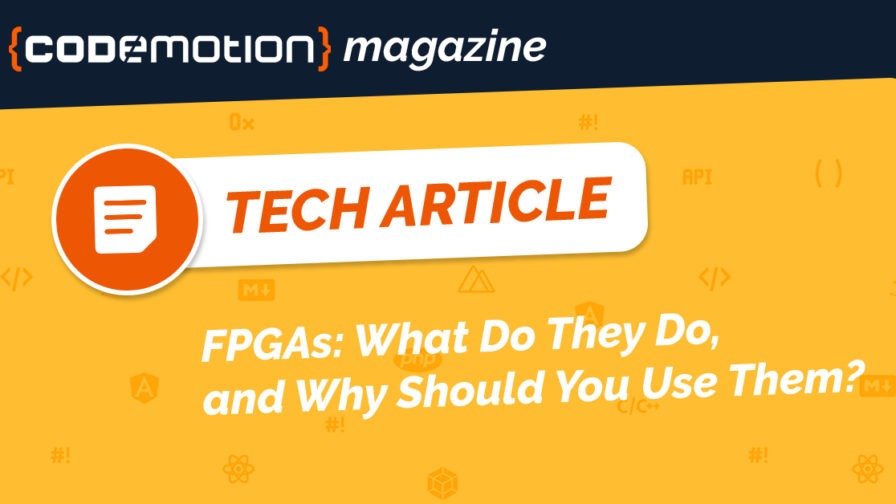 We live in an analogue world, but more and more, digital processing is changing the ways in which we interact with and experience the world.  Whether through satellite navigation or autonomous vehicles, augmented reality, or simply our smartphones, digital processing allows us to live our lives in a host of new ways.

Processing information in real or near-real-time demands significant processing capacity.  Moore’s Law has had a major effect on our ability to access that capacity, and there are now also several processing technologies available for design engineers to choose from when deciding what is most appropriate for their project.

As you’ll learn in this article – co-created with Mouser Electronics – programmable Logic is undeniably less widely known and is generally considered to be challenging to work with when implementing solutions, but it also comes with a host of benefits.

If PL is so challenging, why use it?  Despite the obstacles it presents, Programmable Logic offers users the chance to put in place genuinely parallel implementations of algorithms and applications, leading to more deterministic and responsive solutions.

How is an FPGA structured?

At its base, an FPGA basically involves a lookup table (LUT), registers, and flexible IO cell structures. The LUT allows logic equations to be implemented, and registers provide the storage required for sequential logic designs.

By putting these two elements – the LUT and registers – together, what is sometimes known as a logic slice is created. In the devices we currently use, these slices make it possible to implement combinatorial or sequential logic circuits including local distributed memory and – depending on configuration – the possibility of using the LUT as a shift register.

Usually, two slices are grouped within the FPGA device to construct a Configurable Logic Block (CLB). These are then interconnected to create the functionality required by using routing and switching matrices.

A hardware description language (HDL) is generally used in designing FPGAs – most often Verilog or VHDL.

The description these languages provide is at a much more basic level than traditional software languages would offer, simply describing the design’s register level transfer –  for example, implementing state machines, counters, and so on.

Both VHDL and Verilog offer inbuilt support for the concept of concurrency – essential if you want to model the FGPA’s parallel architecture.

By embedding IO structures in FPGA devices, a direct interface with a range of IO standards is made possible. The standards available to designers run the gamut from single-ended standards – LVCMOS – to differential standards like LVDS and TMDS. However, the technology’s capacity to interface doesn’t end there.

IO structures can provide on-chip termination, precise PS delays, and serializer/deserializers. This expands the range of FPGAs, which can interact with an unlimited range of both current and historic interfaces.

There are several stages necessary when creating a programmable logic design solution:

To be certain that the design has implemented the functions required, a simulation is employed.  Engineers use test benches to simulate inputs and monitor the related outputs in the register-transfer level (RTL) module.

Module behaviour can be checked by inspecting the waveform generated by the simulation, or, if the user feels like a challenge, by writing a more complex test bench that can verify outputs.

Despite the major performance and interfacing benefits of using an FPGA, the development process for solutions using this technology is often thought to be more complex than traditional software development.

However, those who view the development process in this way are overlooking the abilities of today’s devices, the broad availability of IP, and the assistance provided by the design tools now in use, such as high-level synthesis.

In 1985, Ross Freeman and Bernard Vonderschmitt released the XC2064, with a mere 64 configurable logic blocks.

Compare the first FPGA with the largest Xilinx devices in use now, with their 8,938,000 system logic cells, 76 Mb of Block RAM, 90 Mb of UltraRAM and 3840 DSP elements – FPGAs have come a long way in a relatively short time!

The Xilinx FPGA described above is the largest of its kind, and for many applications, would be far too powerful.

For projects that don’t need quite so much capacity, Xilinx offers a wide range of FPGA and System on Chip devices and can guide engineers in selecting the most appropriate option for their needs.

These devices belong to three different ‘families’ developed around the 28 nm node.  These families are optimized for cost, and for specific users’ needs

Applications ranging from sensor fusion to precision control, image processing, and cloud computing all find support in the devices included in this portfolio.

Top of the class

Beyond the options above, Xilinx offers the Kintex and Virtex families at 28nm, 20nm and 16nm technology nodes. Offering extreme performance and supporting more specialized applications, the UltraScale and UltraScale+  groups of devices bring weighty increases in performance and capability to the table.

The Kintex group of devices display increased performance, as well as more logic resources and transceivers across the three technology nodes.

Starting at 65,500 logic cells in the Kintex family, and rising to 1,143,000 cells in Kintex UltraScale+ devices, both offer support for data rates of up to 16.3 Gbps and 32.75 Gbps thanks to their GTH and GTY transceivers respectively.

The Virtex family of devices contains the highest-performing FPGAs. As well as supporting high bandwidth memory (HBM), Virtex devices have logic resources of up to 8.9 million system logic cells and transceivers able to operate at 58 Gbps

With between 4GB and 16GB of on-chip DRAM, and as much as 460 Gbps bandwidth – around 20 times higher than a DDR4 DIMM – the role of a Virtex HBM device is to speed up network and storage applications.

Xilinx development tools are available to support the smallest Spartan-7 to the largest Virtex UltraScale+. Every facet of the design process, from RTL capture to simulation and software development for use with processor cores, is incorporated in a comprehensive support package.

From synthesis to simulation and beyond, and especially in the realm of verification tools, there are inevitably many other commercial and open-source software tools available for use in an FPGA development flow. However, our focus is the Xilinx range and what their FPGAs have to offer.

We will explore that subject in depth, looking at embedded processing, internal and external interfacing, design tools, and application focus, over a series of articles.

If you want more technical information about the hardware you can use for your project visit Mouser website.

LSP – Will it Bring Functional Programming to the Masses?