Home » Backend » Is It Time to Learn A Legacy Mainframe Language Like COBOL?
Languages 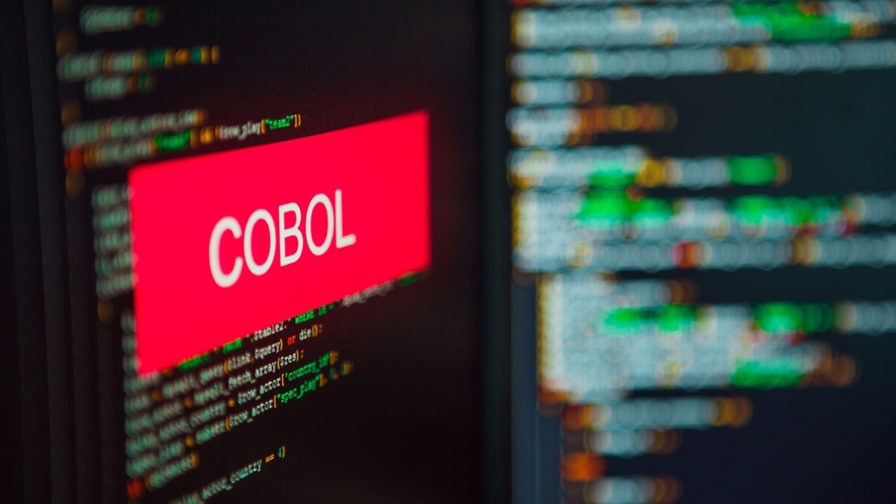 The Common Business-Oriented Language (COBOL) is considered a legacy mainframe language. It was developed nearly 60 years ago and has been gradually replaced by newer, more versatile languages such as Java, C and Python. Few universities offer COBOL courses.

However, according to Reuters, in 2017, 43% of banking systems that are today still in use were built on COBOL and never replaced. Further, 80% of in-person transactions use COBOL, and 95% of ATM swipes rely on COBOL code.

According to IBM’s Captain COBOL Tom Ross, nearly all Fortune 100 companies run most of their data processing through COBOL applications from new accounts, billing, payroll, and budgeting to inventory, customer transactions, insurance claims, and accounting.

More than half of US states, including California and New York still rely on decades-old mainframe systems based on the COBOL language.

When COVID-19 was keeping people at home, The State of New Jersey even did a call out for programmers that know COBOL in April in response to a mammoth 1,600 per cent increase in employment insurance claims in response to the COVID-19 shutdown. (Ironically ageing COBOL programmers are likely to be in a high-risk category for dying from COVID-19).

I recently spoke to Brandon Edenfield, Managing Director of Application Modernization for Modern Systems, and Advanced company about the challenges for legacy languages. He notes that there are hundreds of obscure languages hiding in mainframes around the globe:

“COBOL is actually the most universally supported and understood procedural language in the mainframe arsenal. Languages such as Natural, CA Gen, CA Telon, PL/I, ADS/Online, and Assembler put companies at greater risk because the talent pool is shrinking at the same rate COBOL‘s is, but it is significantly smaller. To add insult to injury, most of these languages carry costly licensing fees that drive the already astronomical cost of mainframe upkeep even higher.”

These languages have changed little over time. According to Brandon,

“Broadcom (who acquired Computer Associates, the “CA” in CA Gen and CA Telon) added some support in both packages to support customized web services and have migrated more of the toolset to being based around the Eclipse framework. But functionally, they are all just about the same as they were 30 years ago.

Software AG has extended Natural and its database called Adabas to produce and consume APIs and run on Mainframe zIIPs, but they’re band-aids. Assembler historically was used to customize functions on mainframes that more abstract languages such as COBOL didn’t support, and that still happens albeit far less.”

Brandon explained that “CA Telon is primarily used in the insurance industry. CA Gen is used in a lot of systems and appears more in Europe across industries even though US customers exist as well. Natural is often used by insurance companies and critical infrastructure systems and has its largest concentration of active customers in South Africa.

Assembler is used anywhere mainframes are, but is more common in core banking applications because of its close proximity to machine code which makes it a very fast executer of transaction activities.”

The problem of expiring talent

These languages are supported and lightly extended every few years, but the threat of them going “end of life” is very real. In response to COVID-19, Broadcom acknowledged “Mainframe IT shops are not immune to the challenges of personnel limitations.

The shortage of resources is leaving limited windows of opportunity to complete scheduled upgrades to products prior to their End of Support.” In response, they offered Limited Support for all mainframe product releases entering End of Service in Broadcom‘s fiscal year 2020.

Like modern developer communities, most legacy mainframe languages maintain active community forums, but according to Brandon:

“Most of the time it’s hopes and prayers that your experts won’t retire. I’ve worked with a steel company who spent millions to train a few consultants in Natural because they literally could not find anyone who knew the language besides the guy in charge of the system on-site. There are a few companies that specialize in CA Gen and will provide expertise at a steep price, but it’s an extremely precarious situation.

This lack of knowledge, lack of ability to translate concepts into digestible bites for modern developers, and the lack of macro demand are what threaten companies using them the most.”

The Linux Foundation’s Open Mainframe Project is here to help

Open Mainframe Project is an open source initiative that enables collaboration across the mainframe community to develop shared toolsets and resources. In response to the call out by public sector officials, they created:

Why learn a legacy mainframe language?

There are several benefits to learning a legacy mainframe language:

According to Derek Britton of Micro Focus, COBOL is the “easiest language to learn and read.” He asserts COBOL is the “highest performing language with the fastest execution times. COBOL has arithmetic accuracy to 38 digits, strong data manipulation, SORT capability, high performance, and robust error management. Thus, COBOL remains unrivalled with a proven record of robustness across various industries.”

Tom Ross notes that “COBOL not only easily processes dollars and cents but also processes XML documents and JSON texts. It’s interoperable with Java and C programs and many other application development tools provided by IBM and others.”

Christopher O’Malley, CEO of Compuware suggests, “The simple law of supply and demand makes mainframe literacy much more financially valuable. Especially in comparison to widely available and commodified skills on more popular platforms such as mobile and web.”

Further, increasing your maintain knowledge and capabilities is not an antithesis to other learning opportunities. Instead, it creates a combination of skills that will become increasingly relevant as older practitioners retire. Anyone consolidating their knowledge will also enjoy the challenge of maintaining and also modernizing existing legacy mainframes.

If you want to learn more about how to transition in a COBOL career, or if you’re just curious about this topic, don’t miss the opportunity to attend our upcoming Codemotion Online Tech Conference in October 2020! Get your free ticket and check the agenda here!

If you want to know more about how modern technologies and tools can support you for – and during – the organisation of a virtual event instead, don’t miss this article showcasing the best tools we used to host our online conferences since the COVID-19 outbreak.

The Lifecycle of a Remote Code Execution Security Incident