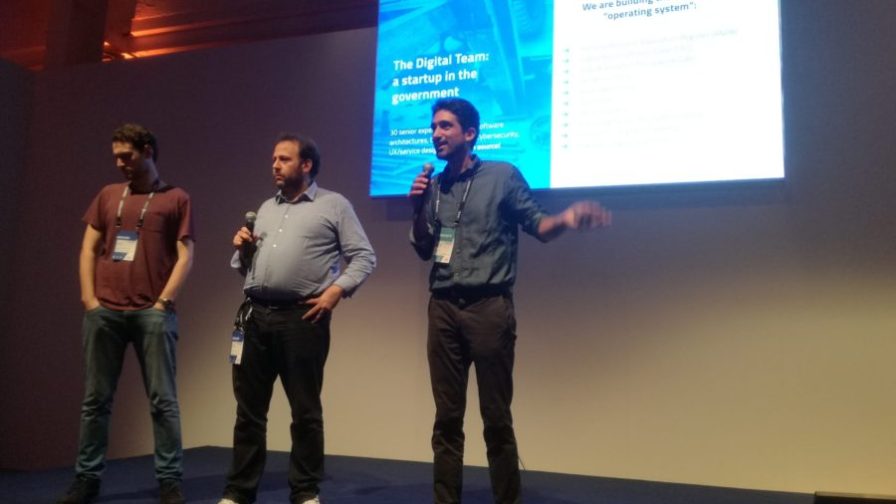 At Codemotion Milan 2019, the end of day 1 was dedicated to focused meetups. This edition hosted 4 of them, about Kubernetes, Angular, Bitcoin, and the very special update to the Digital Transformation Team. This expert group was born to build the “operating system” of the country, a series of fundamental components on top of which we can build simpler and more efficient services for the citizens, the Public Administration, and businesses, through innovative digital products. The Digital Team loves describing itself as being a small startup company working on very large projects. Participating in the future of Italy is a complex and rewarding task that should be of interest to all talented code developers.

Linus Torvalds demonstrated that all we thought about software development and openness was wrong. He wrote from scratch Linux, a new version of the Unix operating system kernel that today fits practically everywhere. Writing an Open-source operating system of a complex country like Italy can be even more challenging a task, for both technical and normative reasons. We hope the Digital Transformation Team will succeed and that it won’t need so long a time: the first version of Linux was released in 1991.

The life of the Digital Transformation Team

The original two-year mandate of the Team started on September 16, 2016, guided by Diego Piacentini as the Government Commissioner for the Digital Agenda. On October 25, 2018, the Team’s mandate was extended until December 31, 2019, under Luca Attias as the Commissioner. A three-year plan is currently active, to be implemented in 2019, 2020, and 2021. The way the Italian Government will empower the Team in the next two years is still unclear and this is frankly unacceptable.

The Team works on many directions, one of which is to grow the developer’s community dedicated to the integration of open source solutions inside the Italian PA. The overall participation is constantly monitored through metrics inside Github, Slack, and the community forum. The number of events they attend is relevant. 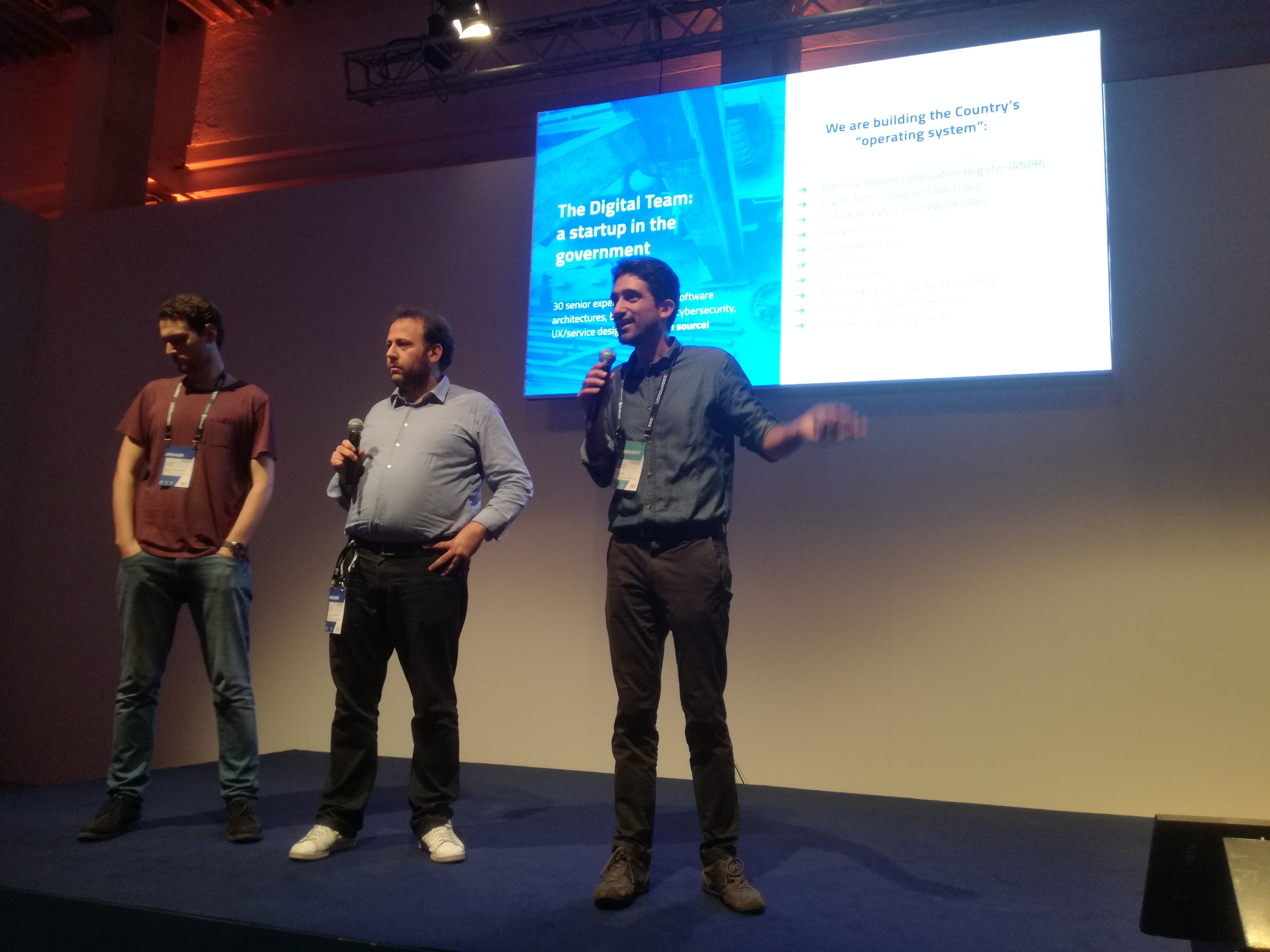 Luca Prete, Andrea Biancini and Alessandro Ranellucci on stage.
Let’s look in particular, to a couple of projects: the guide to software reuse inside the PA and the digital address of the citizen.

A new guide to software reuse

One important effort of the Team is the reuse of Open Source Software inside the PA. The new guidelines have been enacted since May 9, 2019. The new model for software reuse gives access to an automatic database of these applications, automatically discovered by a crawler that reads a metadata file of a given name. The database consists today of 45 applications, but there is the hope that it will grow fast.

IO, the digital address in an app

A newborn child is Project IO, to be read “ee-aw” (the Italian way), meaning “I”: a full framework for digital citizenship that the citizens access through a full-fledged smartphone app. IO is a unique channel to the Digital PA services that any public body can use to send communications to its users: providing updates, remembering deadlines or requesting payments for a specific service. All these services will be encompassed in a true digital address.

IO is a remarkable software based on Azure, Microsoft’s cloud, with Docker Containers, Kubernetes orchestration, and much more.

The app puts together all the platforms on which the Team is also working: Spid, pagoPA, Anpr (National Resident Population Register), the new API-based interoperability model, and the tools and guidelines made available on the Designers Italia and Developers Italia communities.

The main goals of the IO project are to keep citizen data safe, to scale to millions of users and hundreds of Administrations, implementing a continuous deployment approach with zero downtime and capable of interacting with lots of external interfaces.

One of the project’s objectives is to prevent citizens from performing the laborious task of learning how digital services work. All responsibilities will reside on the Public Administrations’ side.

Once the experimental phase will be over, the project will fully implement Article 64-bis, Digital Administration Code, which establishes a single access point for all digital services.

We all wish the fastest and highest success to the Italian Digital Transformation Team.

Codemotion Berlin: SuperMario and PacMan Is Where ML Lives Now