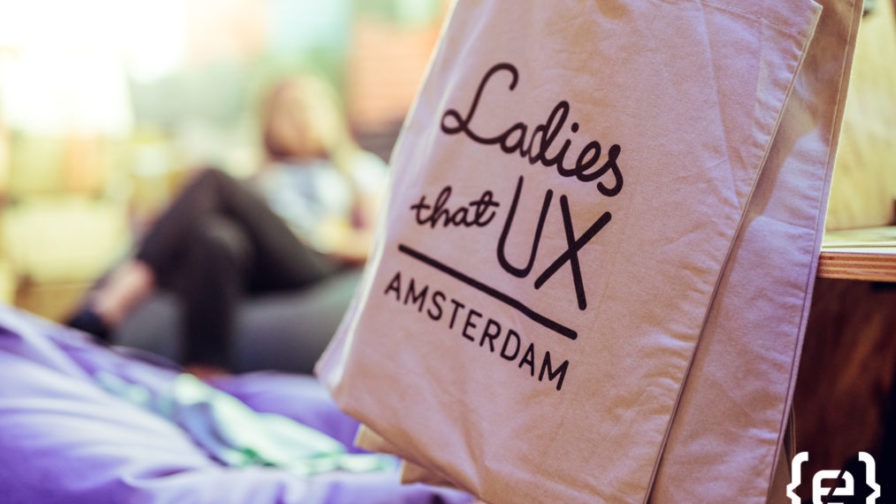 Emanuela Damiani is a Designer, who spends every day working for the best browser experience at Firefox: Emanuela has been living in Berlin for 5 years, where, among other things, she is one of the organisers of the Ladies that UX meetup. Conference-addicted, this year she has chosen to support Codemotion Berlin by entering the Programme Committee.

Emanuela, what does being a Designer mean to you?

Like most of the people I know about and work on IT, I am and always have been a designer, even when I hadn’t yet realised that I would actually work as a designer.
I like to think that a designer is someone who actively works as a problem solver, who looks for a meeting point between the customers and business, and seeks to find balance in complex systems.

At the moment you’re working as part of the Mozilla Firefox team in Berlin. How did you end up here?

After a very traditional course of study – I attended the Liceo Classico – I looked for a way to get closer to the world of comics, and it was then that I started using Photoshop to colour my drawings. After a while, I won a scholarship for the IED: at that time, I’d already started working in a small retail company as a graphic designer. Performing both activities taught me a lot from the time management perspective. I had to learn to understand where the value was, and to discard whatever wasn’t useful.

You’ve now been living and working in Berlin for five years. What kind of environment have you found there?

Working in Berlin has been an incredible opportunity. Although Mozilla is a remote first company, for my role it was necessary to compete with colleagues. That was the reason for my transfer. But I have to say that despite initial difficulties, the IT environment is extremely multicultural and most of the meetups are in English, which has helped me to settle in a lot.

Regarding Meetup, you are amongst the co-founders of Ladies that UX, which is one of the most active communities in the area, and one of the communities that support Codemotion Berlin. How did this collaboration come about?

I’ve always been part of the community. When I was a graphic artist with high hopes, I was adopted by the PHP community, which helped me to see graphics from a software perspective too, changing my point of view in a certain way and allowing me to gain a broader look at the work of design.
Until recently, however, the communities were very developer-oriented and inevitably, the environment was predominantly male. Precisely for this reason, we’ve decided to launch the Ladies that UX community, a community whose purpose is to give visibility and a meeting point for women or those who identify themselves as women.
In the beginning, I was very sceptical about organising a meetup like that, fearing that instead of being inclusive it would be exclusive; however, the results in terms of success and participation at the meetings convinced me the project was good.

Themes like diversity and inclusiveness are – as you know – topics that really matter to us. How do you deal with them as a community manager?

It’s a fact that in a mixed environment, men tend to overwhelm women, who immediately tend to take a more timid attitude. When we thought of a way to make women the protagonists, we had to consider the need to organise a meetup that was predominantly female.
Keeping groups closed serves as a foundation for creating a community based on experience and similar perceptions, as well as combating the cultural biases that we all bear, in one way or another.
Some time ago, for example, one of our speakers suggested massaging each other as an icebreaker: it’s easy to understand that in a mixed group, this would be difficult to implement.
Naturally, of course, the + 1’s are always welcome, provided they’re committed to respecting our code of conduct.

Being up to date is essential. How do you keep yourself up to date?

A: I’m a great fan of conferences! They’re a great way to learn about new trends and do some quality networking. And of course, I attend the meetups. In Berlin I often take part in Upfront, UX/UI and Berliner meetups in Prototyping.
And then I read a lot, Thinking with Type by Lupton is probably my bible if I have to find a text that allows me to communicate the design in an original and straightforward way, while I recommend The Five Dysfunctions of a Team for group logistics. I read the comic version, which was very interesting.

What advice would you give to a young novice designer?

A: The first tip would be to look for problems and not solutions. In no case is there a single, unique solution that always works for the problem that has to be addressed. At the beginning, above all, one is afraid of playing around, and experimenting. In Italy, where I grew up, there’s an approach that is shy, we’re afraid of making mistakes, but in Germany we think that the correct way to learn is to obtain certificates. I think the only way to learn is to try and make mistakes, to confront those with more experience, and to get involved. A hands-on approach if you like, which reaffirms the value of the community and the importance of the role of mentors.
Some time ago during one of our workshops, for example, we asked the senior designers to produce a portfolio review for the younger girls: the results were really interesting, and confirmed that asking for feedback, from your users or the people next to you, is always very useful.

What was the biggest challenge you ever faced?

I have to face a totally different challenge every day. For example, when I’m working for Mozilla, I’m part of the Firefox Addons team, and I deal with community and community driven features.
My work has to take the users of Firefox, the creators of extensions, and the users of these addons into account.
The real challenge is to find a good balance between all these stakeholders, a compromise that meets their needs, whilst bearing in mind that whilst the community may be your own users, they aren’t your only users: if the communities are the noisy minority, there’s a silent minority to keep an eye on.

One final question … How did you come to work for Firefox?

Emanuela is part of the Programm Committee of Codemotion Berlin Tech Conference. Join and meet her from November 20 to 21!