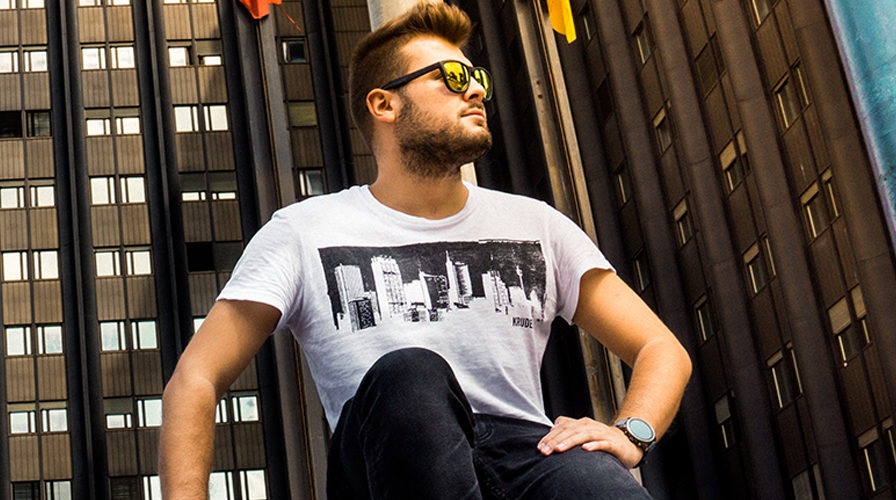 Hello Leonardo, thanks for this interview! First of all, what can you tell us about yourself?

My name is Leonardo Pirro, I’m 25 and I come from Puglia, but I’ve been living and working in Rome for four years. I graduated from the ITIS (State Industrial Technical Institute) in San Giovanni Rotondo, then I moved to Rome for Masters in Applications and Services Development, a nine-month course on software development with a vertical curriculum.

I’m an Android Developer at IQUII, a digital company based in Rome. We operate in various sectors including sport, finance and retail. I like to stay updated, and that’s why I always try to bring the latest news to the company, in order to improve the quality of the code and the final product.

In my free time, I often do programming, study and experiment, since I’m lucky enough, or unlucky (depending on your point of view) that I love my work. I also love photography, cinema, concerts and travelling.

How did you become a developer?

I remember that day like it was yesterday. I should point out that I realised I wanted to be a programmer quite late. When I was younger, I was more oriented towards computer security. It was in secondary school, during a lesson in the computer lab where we were studying Java, creating something from scratch and solving problems, that these topics began to fascinate me. It was fantastic to find out that there are endless ways to tackle and solve every single problem. To anyone who’s asked me this question, I’ve always answered with a metaphor: for me, programming is like drawing or painting, even if, compared to pure art, it’s more difficult to appreciate because it’s less tangible and transparent. A romantic answer would be that I didn’t choose this job – it chose me. A more logical one is that I was fascinated by the possibilities for problem-solving in programming itself.

During one of our #AperiTech meetups, you presented on “How to get started with Kotlin on Android”. Why did you decide to talk about Kotlin?

I think of Kotlin as something brand new for Android developers, something that was needed by the community and all the developers who had repeatedly encountered the limits imposed by Java. As Google decided to make it an officially supported language for Android systems, the community has felt listened to by those at the top. What’s more, Google itself is doing a lot in order to promote Kotlin during events and conferences like Google I/O, which I attended this year in person. Kotlin is not a passing fad, it really offers many possibilities and increases the quality of the written code. For these reasons, I’ll certainly give further talks about Kotlin.

I think that the main difference is the more relaxed environment you can find at a meetup; conferences are bigger and more chaotic. Personally, I highly recommend the meetups for those who want to approach a technology, both as a speaker and as a user, because it’s easier to network with others than at a big conference. Also in Italy there aren’t many big conferences, while there are many #AperiTech meetups, at least here in Rome, there’s one every night. I’m very happy that the community spirit is spreading more and more in our country, giving the world of programmers new opportunities to meet and learn.

Coming back to Kotlin, do you think that it will become more and more popular? Does it have any critical issues?

Personally, I already consider it a standard for development on Android, so I don’t see any problem for companies to adopt it. In the company where I work, we already use Kotlin in production and knowing it is a plus for recruitment. In Italy, it’s becoming a common requisite, it’s really becoming a requirement in many job descriptions passed to me by friends or ex-colleagues, who are well aware of my interest in this technology. Before it was officially adopted by Google, the biggest danger was that the project would fail and that, as a result, you’d find yourself knowing a language that could no longer be in use, or even with an application in production, written with an out-of-favour language. The only problem you might find is that being a new language, the support community is smaller than the one for Java.