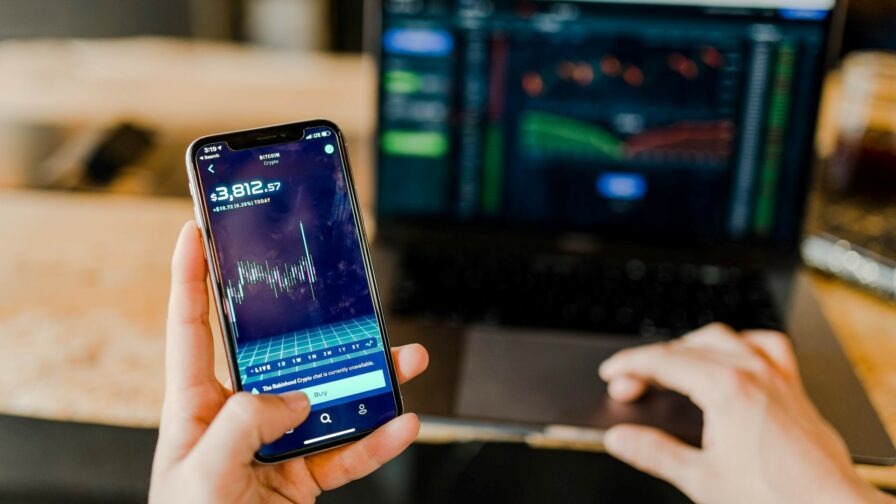 The fintech industry is growing rapidly. In 2020, the industry was worth US$7301.78, and it’s expected to grow at a CAGR of 26.8% between 2020 and 2026. Developers looking for a rapidly expanding and constantly evolving industry to work in may wish to consider honing their finance and technology skills.

Why Become a Fintech Developer: The Opportunities

Fintech is the meeting of finance and technology. The industry is far from new, but in the last few years, it has seen an explosion in popularity thanks to the innovative work being done in the finance sector. There are many reasons a person might want to work in fintech, but some of the most compelling reasons include:

The average salary for a person working as a fintech developer in Italy is around EUR35,000, but it can be much higher depending con the company and seniority of the developer. This is compared to an average salary of EUR29,862 for general “developers”. Those with the skills to work in the financial sector have the opportunity to become high earners, especially those who are more experienced.

These higher salaries come in part because of the demand for developers in the financial sector, as traditional finance companies look to modernize their systems while challenger banks and DeFi startups try to carve their own space in the industry.

Fintech developers are often at the cutting edge of technology, working with new AI and machine learning systems, big data, cloud deployments and even blockchain technology. This means they’ll be expected to evaluate new toolchains and frameworks as they come along. Fintech developers never stop learning.

The reward for this, however, is the chance to pioneer new financial options. Peer-to-peer lending, DeFi and other innovations are opening up new options for people who are excluded from the traditional finance system. Mobile app-based trading platforms brought the world of stocks, shares and commodities trading to the general public. If you’re a developer looking to be a part of something truly exciting, fintech offers opportunities for that.

Fintech companies need developers with a variety of skills for front and back-end development. Fortunately, this means developers coming from other industries should be able to find a space in fintech that suits them. Some useful skills include:

It’s common for universities to focus on Java/JavaScript, or to teach general web development rather than more industry-specific languages. Recent graduates may benefit from contributing to open-source projects to build a portfolio before they look for employment. Not only will this show they have competency in the programming language in question, but it will also show that they understand how to use other tools such as Git/SVN, and that they have the soft skills required to work as part of a larger development team.

Which Skills Do I Need to Learn?

Whether you’re interested in front-end development, security, or data and statistics, there are opportunities in the fintech space. Some potential areas for would-be fintech experts to explore include:

There’s more to the world of blockchain than just speculation. Some fintech providers are using cryptocurrencies to enable cross-border payments that are quicker and cheaper than they would be using traditional financial systems. Oracle systems such as Chainlink and Band Protocol are attracting attention outside of the crypto space. Understanding how to work with these decentralized oracle providers could be useful for those looking to find new opportunities in fintech.

Another major blockchain project that is getting attention in the finance world is Ripple. This global payments solution is designed to facilitate fast, global payments. There are many blockchain skeptics in the computer science world, who feel that no solution has yet solved the Blockchain Trilemma of security, scalability and decentralization. Whether blockchain has a future in finance remains to be seen, but it’s useful to be aware of the systems companies are experimenting with.

The cloud offers flexibility and scalability for developers. While many financial organizations use on-prem systems, there’s a lot of value in knowing how to manage cloud resources. Experience with AWS, Google Cloud and other similar offerings puts developers in a good position when they’re looking for work in the fintech sector.

Cloud computing opens up many opportunities for fintech companies, but it can also raise compliance questions. It’s important that developers understand the rules relating to PCI DSS and any standards for data security and business continuity before moving any production systems to the cloud.

Financial companies are naturally going to be a target for hacking attacks. Security specialists, be that penetration testers, network security experts or code auditors, are always going to be in demand. Traditional finance companies need people to test and secure web and mobile apps. De-Fi/blockchain companies will need people with the expertise to evaluate smart contracts.

Cyber security experts are very much in demand, not just by finance companies but also in government, education and eCommerce companies. This means security expertise is one of the fintech skills that will be long-lasting, with many opportunities for developers or systems administrators to move up (or sideways) across companies.

Some traditional finance providers are using machine learning as a part of their compliance toolsets. By analyzing large volumes of transactions in real-time, they can identify unusual behavior patterns and flag potentially fraudulent transactions more quickly.

Data science is often used in fintech companies for risk management and analysis. There’s a lot of overlap between data science and AI today. However, many organizations still see value in more traditional analytics systems that use models designed and adjusted by hand.

DevSecOps is a broad philosophy that promotes rapid application development and deployment. Experienced developers who are familiar with working in the cloud should learn the DevSecOps approach to development. As teams grow, this approach can reduce bugs, improve security and improve compliance while keeping development moving along smoothly.

What Kinds of Companies Are Looking for Fintech Devs

At Adecco, it is possible to find a variety of companies that operate in the fintech space, including:

These companies are looking for developers with experience in UI/UX development, cyber security, software architecture, testing, emerging technologies and other skills. Our clients range from large enterprises working on digital transformation to startups aiming to disrupt the financial sector. Companies such as Paypal, Klarna, Robinhood and Afterpay are examples of innovators in the financial space who offer convenient and easy-to-use tools for consumers.

The average developer salary for a Fintech specialist in Italy is EUR35,000 per year, but actual salaries will depend on the applicant’s skills and experience, as well as the size of the organization they’re working for. In the United Kingdom, average salaries are around £60,000 per year, with entry-level salaries being around £35,000.

Salaries can vary depending on location, too. However, many fintech developer roles allow remote working. This is particularly true for more experienced developers. Flexible working arrangements and the lack of a commute can mean programming jobs outside of major tech centers are still appealing, even if the headline salary is lower.

Ruby on Rails in 2022? A Data Processing and Visualization Case Study

7 Cybersecurity Threats You Must Know as a Web Developer