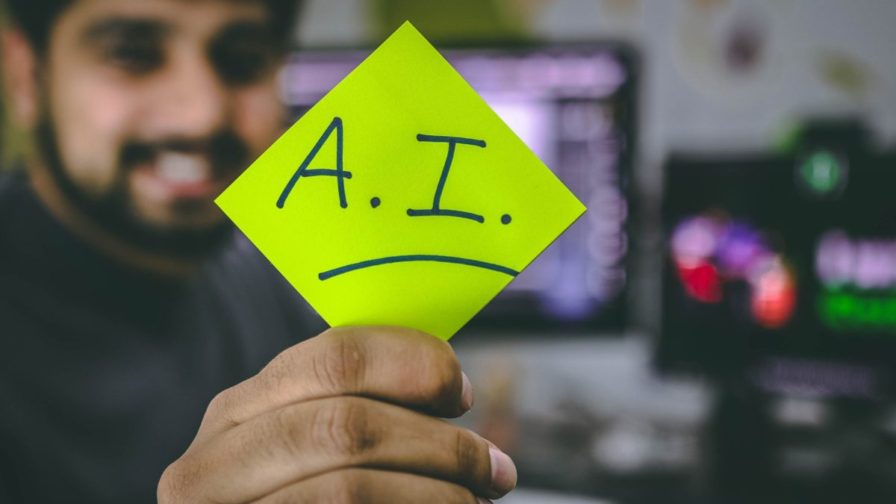 The life of a developer nowadays is a very exciting one: we have several languages, frameworks, and numerous excellent tools available to select from according to our needs.

Not only that, we also have a lot of interesting and useful techniques that have been developed to allow us to accomplish purposes far beyond the traditional business– or science-oriented computations demanded of programmer-developed programs.

For example, in our Web applications we want nice responsive GUIs, integration with identity and access management systems, no SQL databases to properly store unstructured data downloaded from the Internet, etc. etc.

Time and again, our customers require a class of techniques and algorithms relating to Artificial Intelligence (AI). From games to search engines, from service desks to e-commerce sites, AI seems to be ubiquitous and a necessary tool for any developer to know, or better still, know how to use.

Not surprisingly, artificial intelligence will be one of the main topics covered at the upcoming Codemotion Online Tech Conference on October 2020: check the agenda and get your free ticket at this link!

However, it is worth noting that the equation AI = ML (machine learning) = ANN (artificial neural networks) is definitely false: AI is a broader field than ML, and ML involves many algorithms unrelated to neural networks. A particularly interesting class of such algorithms are evolutionary algorithms.

As neural networks, which draw inspiration from an oversimplified model of the human brain, evolutionary algorithms are inspired by biology – not from individual physiology, but rather from species behaviour. The most basic clusters of living creatures, species evolve to adapt to a changing environment.

Roughly speaking, and oversimplifying somewhat, the basic features of evolution in biological systems are:

The idea of evolutionary algorithms is to use the process of individual mutation and species evolution as an iterative optimization algorithm.  The ultimate goal of such an algorithm is to determine the individual most fitted for a certain environment.

Of course, algorithms do not deal with living creatures; their ‘individuals’ are objects upon which a certain fitness function may be computed.

Therefore, evolutionary algorithms allow possible solutions of a single problem to compete and recombine so as to produce new solutions. From these new solutions, the most improved are selected, and the process continues until the optimal solution is found.

Evolutionary algorithms should be considered machine learning algorithms as they learn the optimal solution by iteration and trials: they do not need a training set, but work on the structure of the possible solutions by randomly making changes according to the response of the environment. This is a fitness function that ranks the computed solutions according to how optimal they are.

In short, evolutionary algorithms learn by enforcing the evolution of data that represents solutions to optimization problems (a neural network also evolves its weights in a sense, using the backpropagation algorithm, but it needs several sets of training data to arrive at the solution to the problem).

There are various interesting theories regarding convergence in evolutionary algorithms, but these are of no concern to us here. Our interest is in understanding how these algorithms may be used to solve Artificial Intelligence problems, rather than in understanding why they actually work (although it is important to stress that there is a lot of theoretical work in analysing the properties of evolutionary algorithms, unlike when dealing with neural networks).

One important class of evolutionary algorithms used in practical applications is genetic algorithms: these stress the importance of the data representation used to encode possible solutions to our optimization problem.

The class name is inspired by an analogy with genetic code – the material that encodes (in a very complex way) our ‘phenotype’ or physical appearance. The use of the adjective ‘genetic’ reflects the fact that evolving solutions are represented by data structures, usually strings, reminiscent of biological genetic code.

Since the terminology in this field is borrowed from genetics, let us clarify some definitions for these terms used in the context of computing:

The goal of a genetic algorithm

The goal of a genetic algorithm is to discover a phenotype that maximises fitness, by allowing a certain population to evolve across several generations.

The next question is: how does the evolution of individuals happen? Genetic algorithms apply a set of ‘genetic operations’ to chromosomes of each generation to allow them to reproduce and, in the process, introduce casual mutations, much as occurs in most living beings.

The process which allows individuals to reproduce is the crossover operator; this takes two chromosomes, which are data structures, and produces two new chromosomes.  These new chromosomes are obtained by splitting each original chromosome into two pieces and recombining these.

Here, we are cut/pasting chromosomes at their mid-point, but we could choose to cut elsewhere, or even to cut at more points. The same process could be carried out with character strings or arrays.

Crossover takes place between individuals of a generation to produce the next generation. However, not all individuals reproduce; instead (as readers will surely know from many wildlife documentaries) only the best-adapted individuals have that opportunity.

Similarly, crossover is used in genetic algorithms only between certain individuals, chosen from among those best fitted (although variants of these algorithms of course require that all individuals should reproduce).

A typical measure of the fitness needed to reproduce is to compute, for each individual x, the probability

p(x) = Fitness of x / sum of fitness of all individuals

the individuals for which the probability is highest are then chosen.

The mutation operator introduces randomness into the crossover; this operator randomly changes one or more elements of the chromosome. For example, one can choose to mutate two bits in a byte following each crossover. Usually the mutation rate is low.

Now we can write down the general scheme of a genetic algorithm: we should have

Then the algorithm runs as follows:

Note that a new population is produced; this will be the next generation, into which we insert the best-adapted individuals of the current generation, and their offspring. The resulting (next) generation is the same size as the previous generation.

It is worth stressing that such an algorithm is an iterative algorithm in which a series of parameters change at each iteration (the chromosomes), and which is governed by certain hyper-parameters such as numbers r and m. Namely, a typical machine learning algorithm.

The previous algorithm is almost Python-esque in its coding, so it’s impossible to resist implementing it in a working program to play with. We’ll use this to solve a simple regression problem with genetic algorithms.

How to implement genetic algorithms in Python

Let us try to implement a simple evolutionary algorithm: suppose we have N data to fit, y1,…,yN, for example N numbers which represent measurements of a certain variable at given instants: temperatures, house prices, etc. For simplicity, let us assume that instants t1,t2…,tN at which our measurements were taken are 0,1,…,N−1.

We want to find a curve that fits the data, i.e., we want to interpolate it.

There are several classic methods of achieving that which do not require machine learning (although neural networks may be efficiently used for that purpose), for example Lagrange interpolation: the latter finds a polynomial of degree N, thus a function of the form p(x) = a0 + a1 x + a2 x2 + … + aN xN to achieve the desired outcome.

To crossover polynomials is a difficult matter (even if polynomials can easily be represented as arrays (a0, a1, …, aN)), so we will stick to simpler functions, e.g.,  piecewise linear functions.

Such a function is simply a joining of segments along vertices, as in the following graph:

We will use an evolutionary algorithm, trying to fit N points into such a piecewise linear function: a function of this sort is determined by its values [p0, p1, …, pN], so, as developers would say, it is just an array of numbers with N+1 elements.

In the genetic algorithm parlance introduced above:

Notice once again that a phenotype is represented by a chromosome; in this case the phenotype is a function but the chromosome is a fixed length vector.

We’ll artificially produce the points we want to fit, so that they are on a damped sinusoid:

As usual, our implementation of the previous algorithm will be very simple and will demand as little as possible of our language (Python) so as to be easily understandable and portable.  An appropriate alternative would be to define a class GA to perform our algorithm, however we will stick to a script-like program here.

In our first code snippet we set hyper-parameters, initialize the population and plot the piecewise linear function corresponding to selected chromosomes.

Now, we implement the genetic algorithm by translating the pseudocode used above into Python: we define the crossover function with a simple standard operator used for chromosomes made of arrays of real numbers.

Moreover, note that we compute scores and use them as probability, or better yet, as a probability distribution from which to draw samples.

To do that we define a vector of indexes, which contains copies of the same index j according to the score of generator[j] and then choose an index uniformly from this vector, simulating the non-uniform drawing from the empirical distribution created by the scores.

Finally, mutations simply add a random number between -1 and 1 to the real numbers of the chromosome to be mutated: mutations are needed to explore new regions in the space state of the solutions to the problem, and to introduce a stochastic global search feature in the genetic algorithm.

Let us plot the solution found by the algorithm: it is of course a piecewise linear function, so it cannot have the smooth appearance of the function to fit, but it does mimic the function’s increase and decrease trends, giving at the very least a qualitative idea of the function.

Of course, as is usual for machine learning algorithms, hyper-parameters may be fine tuned to improve the result, but for the sake of our expository discussion we can leave that to the reader to play with.

Notice that if r = 0 then no crossover occurs, while if m = 0 no mutations occur: one can play with these numbers to see how the algorithm behaves with these extreme values. The crossover function may also be changed in several respects, but the main ingredients of genetic algorithms have been displayed in this test example.