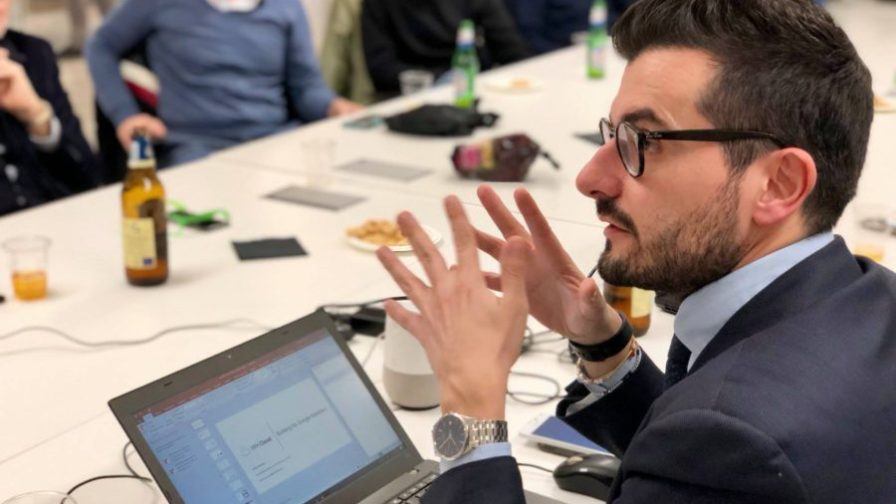 Hi Antimo. Tell us who you are and which communities you belong to.

Hi everyone. My name is Antimo, I’m a computer engineer and I’ve been working in the IT world for about 13 years. I’m an expert in enterprise solutions for Machine Learning, Artificial Intelligence, BOT and Blockchain technologies. I also follow and create content for various communities such as Facebook Developer Circle Rome, IBM Cloud Italy and DotNet {Podcast}.

Talk about the potential of Google Assistant.

In this talk I showed the potential of Google Home, which has been available in Italy for a few months. This tool has infinite potential. We’ve opened the door to the devil, in the sense that the brilliant idea was to put a device inside our homes and be able to interact directly with the entire set of Google applications. On a trivial level , we can order pizza by interacting with our Google Home, without needing to use an app or a tablet. Or to get notifications about our Amazon package. It’s a very interesting tool because it’ll allow developers to create an ecosystem of voice applications. In my opinion, we’re going to experience a revolution on a par with the introduction of touch screens and subsequently of tablets and smart devices. We then move from graphical interfaces to voice interfaces.

How are people experiencing this generational shift: how did they react to the arrival of Google Home or the various assistants?

In Italy, in my opinion, there is a very low perception of the potential of these tools, because many people have heard of them but few have tried one. Only when they try it do they understand the various potentials. Abroad, however, it’s much more widespread, especially in the USA; voice-activated devices were developed mainly in the USA (like Amazon Alexa and now Google Home). The feeling is that they’re devices that’ll be part of our lives from today to the next five years.