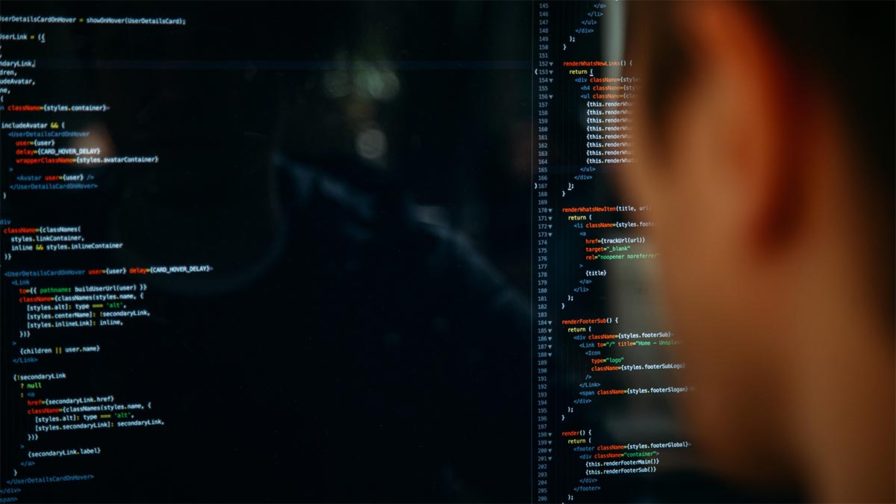 Postman is a collaboration platform for API development. They recently released the results of its 2020 Postman State of the API Report. The annual report, the largest and most comprehensive survey of the API industry, surveyed more than 13,500 API developers, testers, executives, and others to understand who is working with APIs, how they are getting their work done, and where they see the industry headed.

I sat down with marketing executive Rebecca Johnston-Gilbert and KIn Lane Chief Evangelist at Postman to find out more and discuss some of the key findings from the survey.

Who works with APIs?

Survey-takers were asked about their primary roles, and it’s approximately an even split: about half of respondents considered themselves developers (full stack, backend, frontend, or mobile), and about half have another role within the organization. The most popular role to work with APIs? Full stack developers, accounting for nearly 29% of survey responses.

The rise of API-first

About a quarter of respondents rated themselves at 7 or higher. These individuals who most deeply embrace an API-first philosophy—Postman identifies them as API-first leaders—show significant differences in how they answered many survey questions.

According to Rebecca: “We saw a continuation of the trend of API adoption, not just for developers but  top responses, also those in management whether it’s a director, manager, or CFO, working with API‘s on a regular weekly basis.” She attributes this in part to the fact there are very-low obstacles for APIs leadership buy-in and “what that also tells me is that APIs have truly become understood at least at a nice basic need level.”

Rebecc explained that almost 85% of folks embarking on a process of digital transformation saw APIs as a critical integration approach. Kin asserts:

“This is an organisational imperative. They’re just more API aware and they want more visibility and observability of operations and what’s going on via the reporting dashboard and such. 10 years ago, we were just talking to startups doing things. And now it’s all mainstream companies and talking to leadership.”

Pain points have API’s that API’s may break or change.

While APIs appear to be perceived as stable and reliable, angst may be rising for when APIs break or change. A significantly higher number of respondents than last year said APIs don’t break, stop working, or materially change specification often enough to matter, which was the top response; however, the percentage of respondents who feel APIs still break too frequently also rose significantly versus last year

Obstacles to producing and consuming APIs

Rebecca shared, “I guess it’s almost like a divergence in that there’s some growth in the percentage of API‘s, both internal and external API‘s in terms of failure, breaking, or stop working, or changing specification often enough to matter. However, we also saw a small amount of growth in folks who said, too frequently. So it’s a divergence, There’s been a tonne of work on making API‘s much more stable. They’re a critical part of operations.

I think people are needing more awareness and insight into what is that versus why and but the number of API‘s is growing. So I think,yes, they’re stabilising a lot core API‘s, but there’s always those that are struggling and this is kind of top of mind for a lot of people.”

Microservices (48.7%) is the future technology respondents are most excited about, followed by Kubernetes (43.6%) and containers (42.2%).

According to Kin, “Interest in microservices has definitely been growing, Since around 2015, 2016,  banks, insurance companies and healthcare companies have been waking up to this. They’re adopting this methodology to make sense of not just the technical but the organisational because microservices are very much about the size of the API as well as the team. And so we started seeing this.

There’s a lot of storytelling and a lot of success stories. But I would also say because of the growth, because of adoption, you’re also seeing some pushback from people, This isn’t always the right scenario, the right solution. But I would say that that doesn’t always dissuade people but rather that I think has attracted other more people to go, ‘ What’s going on here? What’s microservices? What do they do? How do we do that? That discourse has really been top of mind and it has really stuck.”

Postman asked survey-takers where they gained most of their knowledge about APIs. Most respondents (66.8%) using APIs at their current organization learned them in their current position and/or from coworkers. Published documentation, online resources, and blogs proved a bit more useful over in-person learning like coding schools, webinars, and conferences.

API-first leaders and respondents with 6+ years of API development experience were more likely to choose the top two mentions about where they gained most of their knowledge about APIs—on the job or from colleagues, and published API documentation.

As Rebecca notes, “Published API documentation is important but  there’s nothing like learning on the job or from colleagues. “

The impact of COVID-19

The pandemic has changed the world, but it didn’t stop APIs: 89% of industry members surveyed stated that their organizations offered remote work options as a result of COVID-19, and nearly a third (30.6%) said that APIs played a role in their organization’s ability to respond to COVID-19 for customer communications, powering remote work options, and quickly responding to regulatory changes and government initiatives.

Nearly 90% of industry members surveyed stated that their organizations offered remote work options as a result of COVID-19. Furthermore, nearly a third (30.6%) said that APIs played a role in their organization’s ability to respond to COVID-19— many utilized APIs for customer communications, powering remote work options, and quickly responding to regulatory changes and government initiatives.

Kin asserts “The data really verifies the fact that much of the world has changed. And as many organisations have shut down or slowed down, an overwhelming majority of folks in the API industry just continue to keep working. The overwhelming majority work from home using remote work options, and in many cases, using API’s to power these options. So, if you’re looking for the bright spots,  economic build in and  investments in APIs is actually going to grow, and this is pretty interesting in our economic environment.”

What for the future?

I was curious about how the survey posited the future of APIs.

Kin explained that he saw a huge growth in the demand for training such as workshops and demonstrations.”People are asking, So how do we use zoom API? How do we use Microsoft Teams APIs? How do we use Google Docs office API? So these are business enablement questions that I’m getting from people, and they’re wanting training and education and content that speaks to that.”

He further asserts that this is part of a wider awakening of why APIs matter at a business level: “The use of APIs means we can be more agile, nimble, flexible, and COVID really has stressed that we need to do more with less, we need to make sure we’re using many different systems. So to orchestrate our business, those systems have to have APIs. So API first is a common developer kind of phrase. But it’s taken on a lot of meaning to business leaders because they have to be flexible and agile and, as we go into the next year, there’s a lot of unknowns, and API’s, just let you kind of roll with it.”

How to Build Your Path to Become a Lead Developer