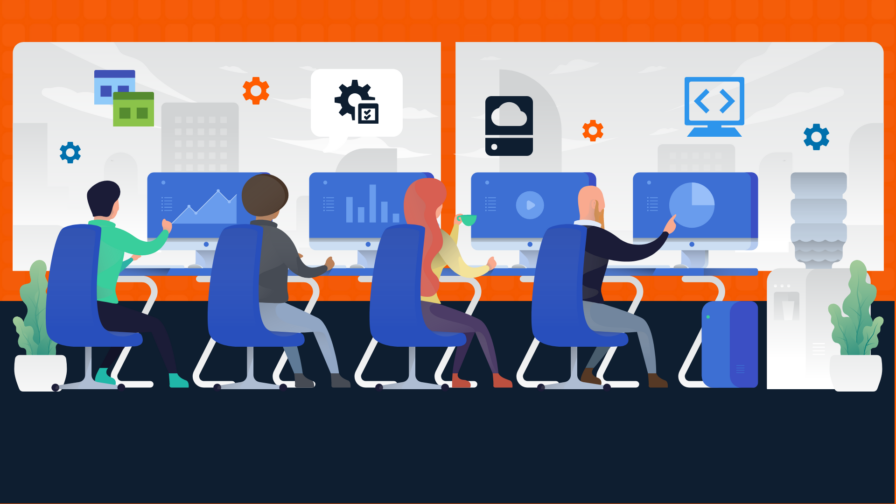 An API or application programming interface is a system that allows two applications to exchange data and functionality. An API-first approach to building software products means that the company or developers treat APIs with importance. With this approach, developers have to create products around an API rather than adding the API later. So, why is API first still relevant? Let’s explore this subject in this guide.

The consumer-first approach is different from API first in that it puts customers at the centre of all decision-making. With it, the developers have to think about the customer’s experience and how they would feel when using the application. Consumer first strategies are commonly used by service-based companies like Uber and Airbnb. In contrast, API first approaches use the API as the first user interface of the applications, and the API comes before implementation. With this strategy, the API is designed and managed deliberately.

This approach offers many benefits to developers and consumers of the APIs. Let’s look at some of the key benefits of this strategy.

When developing products, it is easy to focus on the technology and other technical aspects of the development process. However, with API first approaches, teamwork is an essential ingredient to success. This strategy requires competent leadership from individuals who are skilled in app development. Members of the team have to work together to come up with an API that both humans and machines can easily understand.

The creation of an API requires the members of the team to brainstorm and figure out the key services the company offers. Team members also have to figure out the capabilities of the business.

Organizations that follow this approach when developing applications also have to use the API within the company. This forces developers to make the technology consistent and reliable, and that minimizes the chances that the applications will fail. The documentation of the API also allows developers to create mock APIs to test the designs before they spend time creating them. With the mock APIs, developers are able to get feedback on the designs before deploying them.

APIs can be reused on a wide variety of projects, and that means teams don’t have to spend a lot of time and money starting from scratch. This approach also makes it easier for developers to solve various problems, even before the code is written. The best practices when using this strategy involve creating mock APIs before investing in the deployment of the API.

Developers are the first consumers of APIs, and a good API can significantly improve developer experience. To make sure developers have a good experience with your application, it is essential to use a consistent and well-documented API. This will accelerate the development process since members of the team will have easy access to data and functionality.

The API first approach also emphasizes the adoption of standards as this helps to promote compatibility and interoperability between different systems. With these standards, developers will be able to harness the ecosystems of third-party tools and systems. The developer experience will also improve because of the automation of the creation of documentation.

This approach will also make it easier to reuse codes and get new developers. In addition, it will shorten the learning curve significantly. The best practices with API first involve the use of third-party tools and description documents:

API first development also comes with some challenges. First, organizations that lack executive-level support will find it difficult to adopt this system as it requires a complete change in mindset. The executives should be able and willing to make any necessary changes in process, staffing, and culture. When adopting the API first strategy, you will have to convince technical teams to rely on the API inside their applications. You also have to reassure clients that the API would not lower the performance of the apps and systems.

API first strategies also require developers to treat the APIs as independent products. That means every API may have its own technology stack, and this will lead to high technology diversity. For this strategy to be successful, the developers must have a broad skillset, and organizations may need to expand their staff.

This approach also raises come concerns regarding security. With this system, developers cannot use the air gap security measure to prevent hackers from accessing the network. This is because this security measure would make the API useless as customers won’t be able to use it. APIs are meant to facilitate integration and must be accessible over a network, and this leaves them vulnerable to attack. The issue of technology diversity will also make it harder to secure the network. Organizations that follow the API first approach have to be aware of the security concerns of this development and should take the necessary precautions to protect the system.

What is RESTful API?

Although it is not a requirement, RESTful APIs should support code on demand. This makes it possible for the API to send executable code from the server to the client when requested, and it extends client functionality. These APIs are faster and lightweight and offer increased scalability. It is commonly used for mobile app development and the Internet of Things (IoT).

Then is API First still relevant?

This system grew in popularity because of the increased use of omnichannel. Today, people can interact with applications through the web, mobile devices, and other connected devices. With this approach, businesses can create apps that can be operated in any channel and can scale as more channels are added. Also, you will be able to future-proof applications. Developers can easily plug specific services into the applications and leave out anything they don’t need. When changing certain aspects of the application, you will only need to shut down a component API service and replace it individually. This way, they won’t have to rewrite large parts of the application.

Although API first is still relevant today, it isn’t as innovative as it used to be. Many businesses are opting for a data-first strategy as this one ensures that data is available to everyone who needs it. This strategy is popular among businesses that consider data their most critical asset. It allows developers to build their strategy around a variety of API patterns that include REST, SOAP, GraphQL, and async API.

AI in Software Testing: How They Work to Ensure Top-Quality Development

Data Lake vs. Data Warehouse: Which to Use?