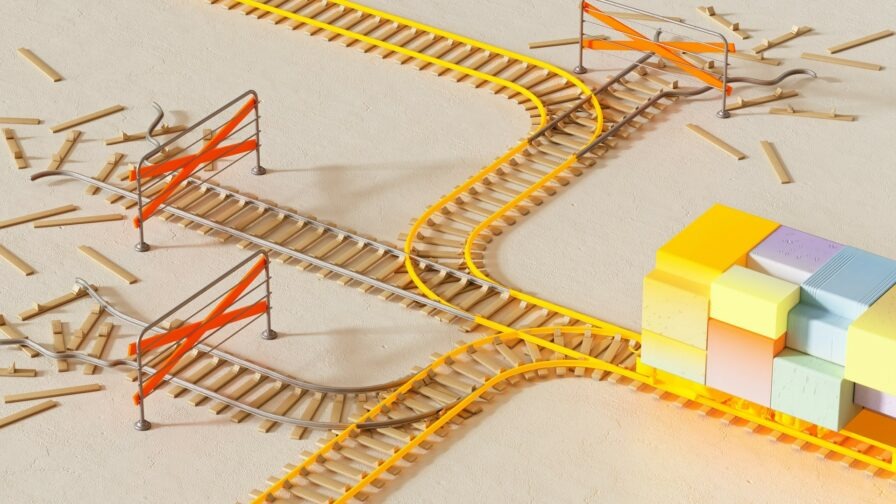 Artificial intelligence is an exciting buzzword you will hear regularly in the technology space. While its widespread adoption remains nascent, the tech is also enjoying an extraordinary pace in terms of development. As these AI tools become more intuitive and cost-efficient, their applications will only grow. One of the latest developments is in the field of software testing.

Ask any software developer, and you will hear that the testing phase can be tedious and time-consuming. The task can be repetitive, requires extended attention to detail, and often requires multiple scripts to be run concurrently. For all these reasons, and because software deals with the execution of digital commands, make it a perfect use case for artificial intelligence tech.

Don’t believe the hype? Just look to developers within the software space that use AI daily. Data provided by Global Market Insights shows that the automated testing market was worth >$15 billion in 2020 and is estimated to rise to $40 billion by 2027.

What Is Artificial Intelligence in Software Testing?

These technologies mimic human skills of logical deduction and reasoning to solve problems. By working within predefined parameters, they can be trained to recognize faults and errors in systems and software applications.

As a non-linear process, an AI script could run hundreds of test cases simultaneously. It allows for comprehensive monitoring of systems and safeguarding against potential software issues.

Early autonomous testing scripts delivered a service known as ‘continuous testing.’ Benefits of such a system include lower costs, faster project turnaround, and a reduced workload for dev teams. Rather, the AI can run 24/7 and be applied to any app updates as and when they are released. For this reason, the technology works well with BCM software to keep your company downtime minimal.

Challenges in software testing have pushed professional testers to find more cost-effective and speedy outcomes. There is now a demand for AI testing solutions to provide tools beyond the ‘continuous testing’ sphere. Today, the tech has evolved to ‘patch’ faults on its authority. It means that AI scripts (when trained correctly) can run independently of human oversight.

The benefits of using AI in the app testing process are numerous. Here are some of the main reasons why testing teams are increasingly using AI algorithms in their development process:

AI scripts can be executed quickly, allowing multiple test suites to be run simultaneously. From here, the main error sources can be ranked for a human tester to evaluate. This means that bug tracking is faster, and the (often time-consuming) test cycles are significantly shorter.

Therefore, new products and updates can reach the market in a short time, increasing company profits and making your customers happy. Combine this with the best affiliate marketing strategy, and you will gain an edge in the highly competitive world of app development.

Manual software testing has one identifiable weakness: the human behind the screen. While app testers are highly skilled in their area and can trawl code with a fine-toothed comb, they will undoubtedly miss the odd erroneous line of code.

Having an AI algorithm double-check for mistakes not only negates the risk of human error but also provides a platform for testers to learn and improve their methodology.

Worried about security in this regard? Don’t fret! An e-signature solution can help you track who made code changes at what time. Fortunately, DocuSign esignature pricing is affordable for what it can deliver.

Once a script has been written, it can be applied to many systems, datasets, and applications. What would be a highly tedious process for a human tester can be done in a few minutes by a skilled AI program. As such, AI can cover all areas of your software code that might not be prioritized by a busy testing team. It means a higher chance of error detection, as well as lower staff costs.

The differential approach to software testing involves running the same testing suite on a set of similar apps. Often, different versions of the same app are tested simultaneously. Then, if an update has crippled that app’s performance, you can locate the source of the faulty code.

This software testing method falls within the sphere of ‘regression tactics’. AI is particularly suited to this as it excels at bug identification. Often, it can predict where defects lie in code, pointing you to the offending sections much faster than a human could.

By ranking the likely causes of error, it expedites the process for a human software tester to evaluate the program’s code. You can think of this as an ad-hoc software solution, being used as and when it is needed.

A major strength of artificial intelligence is its ability to recognize patterns—be it within a dataset, a script, or a webpage. An area where this strength applies to software testing is in ‘visual validation.’

Essentially, if you tell an AI what the screen is meant to look like, then it can quickly identify visual errors in the test version. This is particularly useful when it comes to User Interface design. Your app users will expect a control system that is intuitive and reliable. Since AI can spot visual bugs at the pixel level, it ensures that minor discrepancies are identified and resolved early on.

You might want to use this approach for comparative analysis of your separate TLD websites. For example, you wouldn’t want the domains NZ webpage having visual bugs or differences from the .com equivalent.

The declarative approach to software testing involves a human tester specifying the ‘intent’ of the test to an AI system. From here, machine learning insight allows the AI to formulate its own test for evaluating the goals of that declaration.

A benefit of declarative testing is that AI can write scripts much faster than human overseers. Often, the AI will have encountered this test design before and knows what sorts of things it needs to be looking for in your app.

This fully automated approach can be seen as an extension beyond the ‘continuous testing’ theory of early software testing AI systems. While this form of AI testing is still in its infancy, its development will allow testing teams to rapidly achieve their goals. When used in conjunction with developer suites like PySpark, your test cycle productivity will surely increase. Take a look at some PySpark examples to get started.

The above methods of AI software testing are effective at identifying faults, such as buggy code, within the software. However, until recently, they’ve required a human tester to evaluate the AI’s findings and write new code to ‘fix’ the program.

‘Self-healing automation’ can then be seen as the next step for AI in the automated testing market. Now, AI trained in scriptwriting may autonomously create fixes for broken code. It can then be implemented immediately on a test server for a human tester to evaluate before rolling out to the main net.

Self-healing automation significantly speeds up the app development process and would be valuable to any software testing team. For teams prioritizing continuous integration, or CI, it is compulsory. What is CI? It’s a technique used by mainstream devs, focused on delivering patches timely and regularly.

For the reasons listed above, AI testing is a powerful tool that can complement the work of human software developers. While a human will excel at producing creative solutions, machine algorithms are more suited to attentive scans of vast programs. Therefore, you can think that it is the AI’s job to deal with the ‘mundane 80%,’ and the human’s job to deal with the ‘technical 20%.’

Getting to grips with AI tech can be a tough exercise, but it will be great practice for your software testing team. Many of the concepts you will have encountered in manual testing can be applied and scaled to an AI solution and will be helpful in the coming years as the tech develops.

Is AI in Software Testing Secure?

Of course, one should always be prudent when using a tool that monitors sensitive data. If an attacker targets your system, they may be able to view and steal your company’s data.

For this reason, we recommend using a hybrid cloud system for your software testing operation. Why choose hybrid cloud? Well, you’ll have the freedom to keep business-critical data either on the cloud or on-premises, affording your company an extra layer of security.

Getting Started on AI for Software Testing

This article has given some insight into the world of AI software testing. By now, you should know why teams leverage this tech to make their work speedier and easier.

If you are looking to get started on AI testing, it is a good idea to start with automating simple processes before moving on to the technical parts. You will want to retain your software testers to oversee the performance and feedback from such an operation. Then, as you train your AI testing solution, you may find it desirable to explore running sections independent of human intervention.

API First: Why It Still Matters