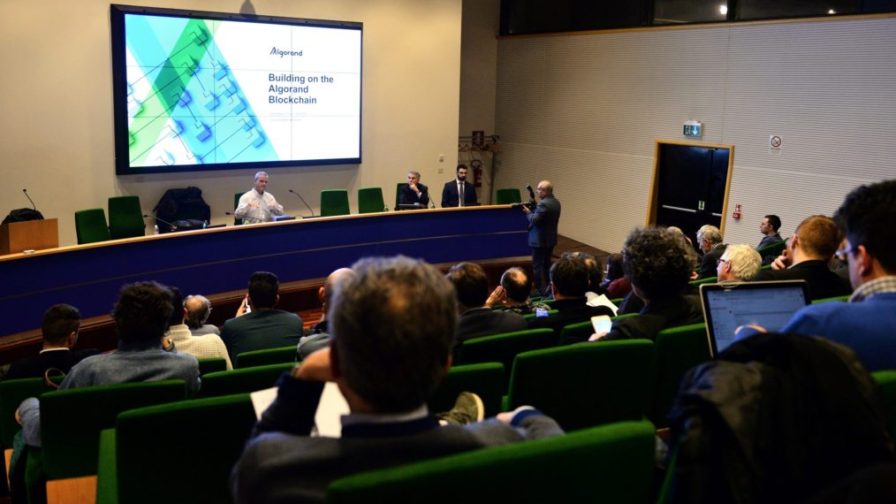 “The blockchain does not exist!” This kicked off the beginning of the conference held by Silvio Micali, the mind behind the Algorand proposal, at the Data Driven Innovation Conference in Rome, on May 10, 2019. 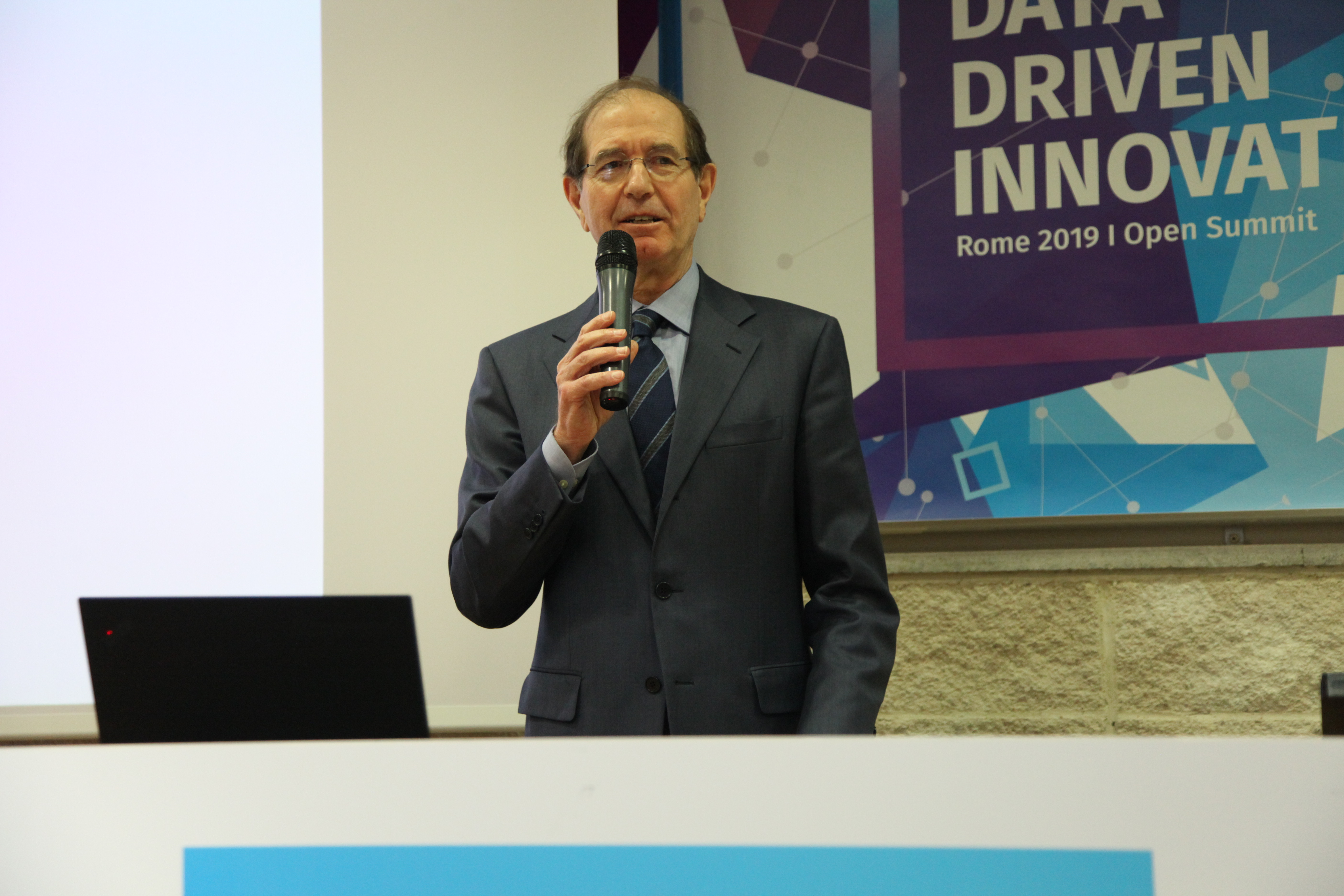 Silvio Micali on stage at Data Driven Innovation, on May 10, 2019, at the Roma Tre University.

“The blockchain has been a pie in the sky until now”, that is, a theorised heavenly confection promised to crude people in return for their overall better behaviour, according to the Urban Dictionary. To fulfill this promise, there is the need for much more technology than what has been demonstrated up to now.

Vitalik Buterin, the mind behind the Ethereum project, talked about the so-called Blockchain Trilemma: you need three points on blockchain, security, scalability and decentralisation, but you can only have two of them at the same time. But the Pure proof-of-stake approach gives the users all three points: the Trilemma is solved with Algorand.

Micali announced the next technology steps of his proposal:

Moreover, Algorand’s first sale at a Dutch Auction is to be held very soon. A longer and richer description can be found on a recent Silvio Micali’s paper on Medium.

Let’s take a step back. The blockchain is based on digital trust. Cumulative funding of 66 million USD is a declaration of trust that nobody can deny. The claim to make blockchain truly fast, decentralised and secure is the distinctive motto of Algorand. Their representatives described this technology during a previous event held at Roma Tre University on January 22. They also met the Italian community on January 21 in Milan.

The company was founded in 2017 by cryptography pioneer Silvio Micali, the Italian-born MIT professor, after some years of previous work related to this subject. “We are mainly targeting the financial environments,” stated Chris Hurley, Algorand’s Head of Investor Relations and Business Development. Silvio wasn’t there, but Jason and Chris briefed about the Company’s organisational and development stuff. 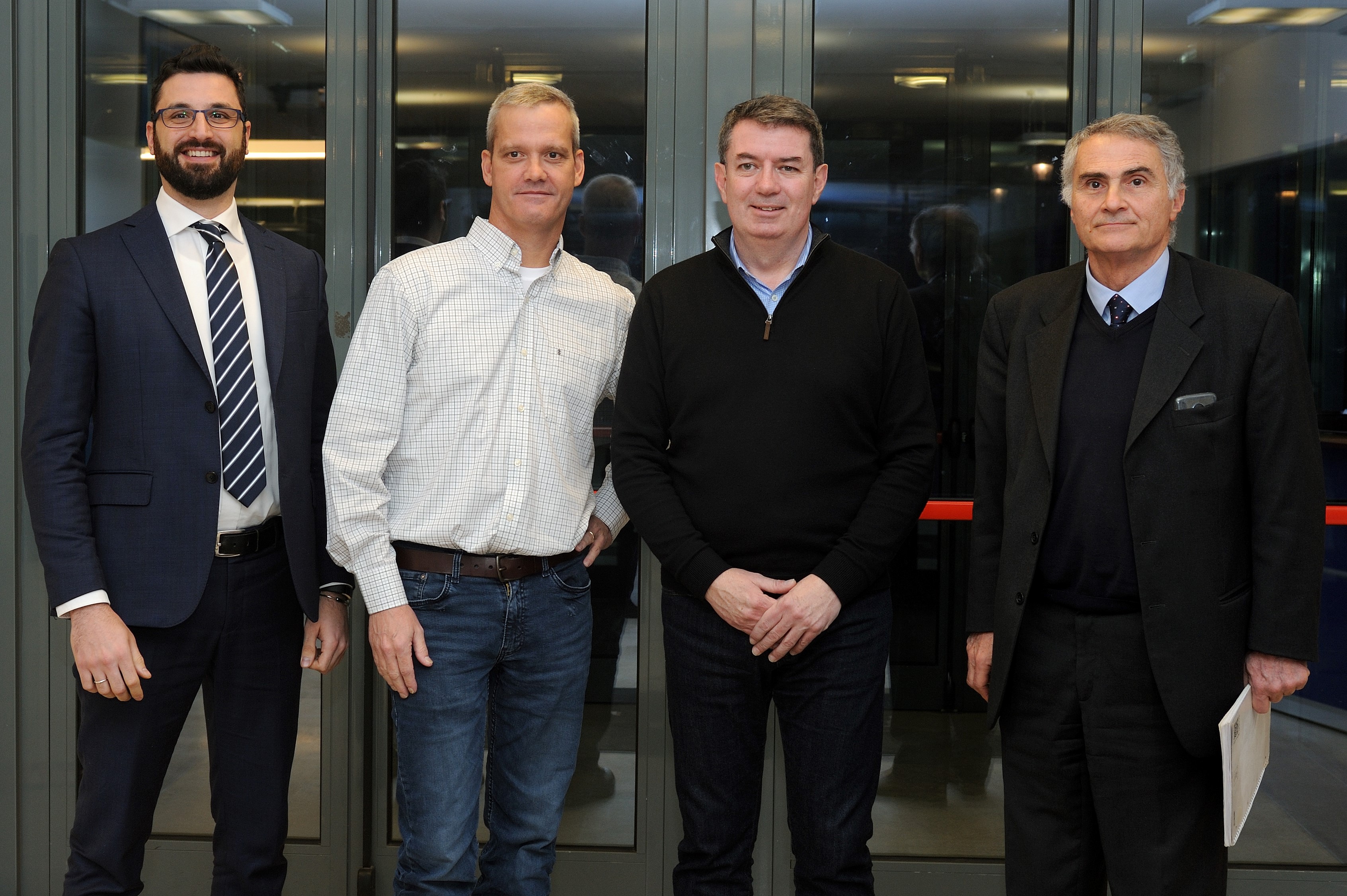 Silvio defines his creature this way: “Algorand fulfills the promise of blockchain technology through a first-of-its-kind blockchain transaction platform purpose-built for business”. (Micali @ CESC 2017)
The name Algorand should come from Rand-omising Alg-orithm, the foundational pillar of their proposal: “It’s a way to describe our VRF, the verifiable random function”, confirms Jason Weathersby, Algorand’s Senior Developer Advocate.

Micali believes that “The distributed ledger is going to be a beautiful and useful infrastructure to us, to cement ourselves as humanity as any other infrastructure we ever saw. If we build it correctly, it’s going to hold the planet up for a long, long time”. 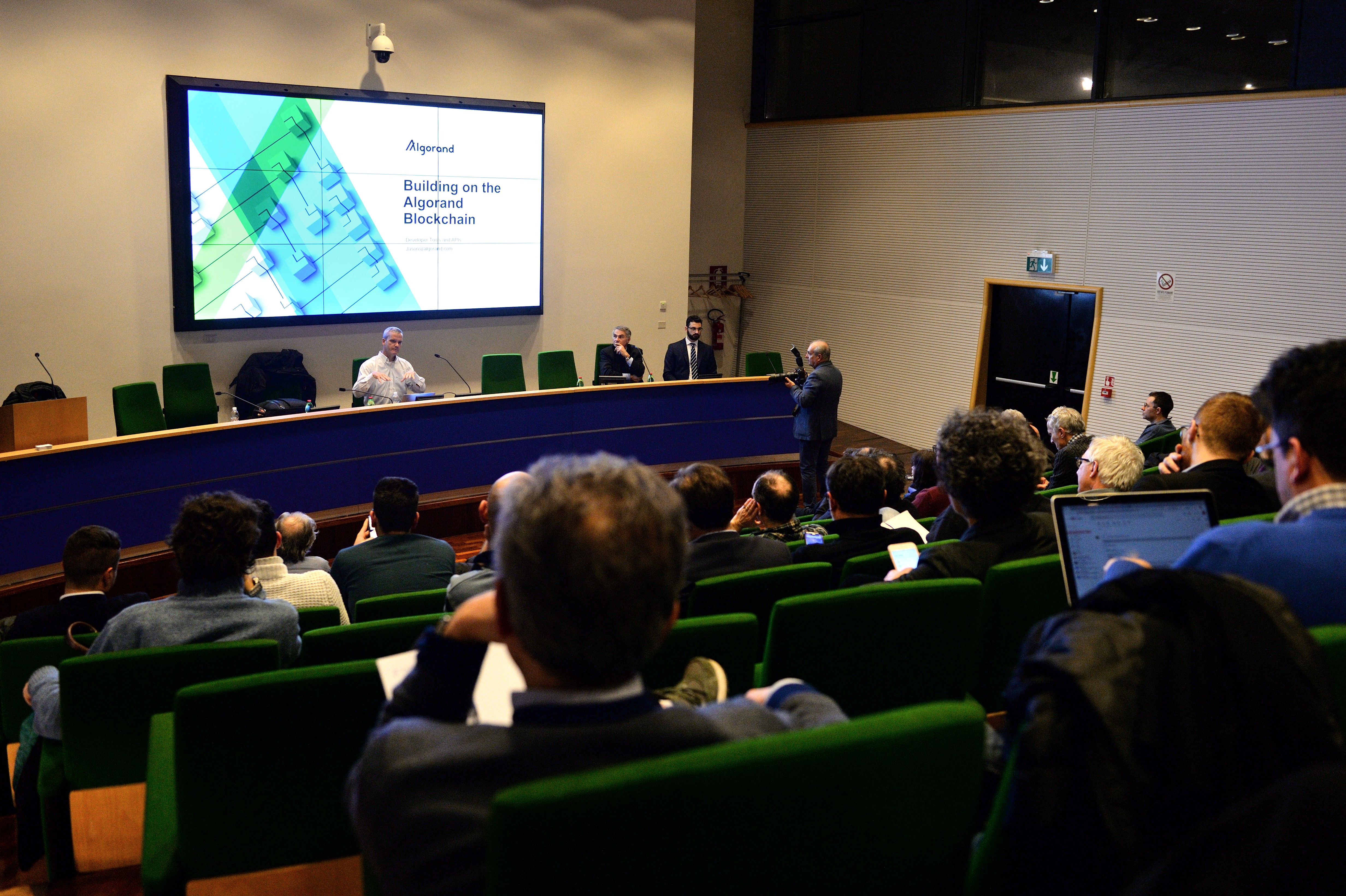 Jason Weathersby on stage at the Rome Meetup.

According to their documentation, and Micali’s presentation, “the Algorand platform solves the “blockchain trilemma” by offering the true decentralisation, scalability, and security that businesses need while also distributing opportunity to everyone who builds applications or transacts on the Algorand platform.

The cryptographic base is granted by Micali’s direct knowledge, together with some other experts and advisers in the same arena. Not to be forgotten, Silvio Micali is a Turing Award-winner with the 2013 edition, together with Shafi Goldwasser. The Turing award is often referred to as the “Nobel Prize in Computing”.

Let’s see Algorand’s protocol basis. When we describe the “chain” as a distributed ledger technology, we are not clear, because the ledger is NOT a distributed one: it is a replicated one.

There is something distributed: it is the consensus, the basis for the trust. The main mechanism to achieve this is an expensive proof-of-work, to be granted through the complex BA (Byzantine Agreement) algorithm.

Algorand’s informal definition for VRF is a function that, for a fixed key-pair and an input X, produces a unique pseudorandom verifiable output.

Algorand’s work focuses on at least two blockchain’s weak points, the proof-of-work related costs, and the consensus generation. Algorand is basically a cryptography-based consensus protocol. This protocol is implemented on a blockchain through the VRF, verifiable random function.

The VRF is constantly online on all of the members’ devices, so there are no user classes (user, miner, non-mining node). The VRF selects a random user to compile a block of transactions. The algorithm then selects about 1,000 more users, whose importance is weighted on their money in the net, that have to validate the block, reaching a minimum of the 66% of the weighed money. That’s why this system’s assumption is said to be an “honest majority of money”. The choosing mechanism is said to be a “lottery”: it is a simple one, executes immediately and propagates its proof, then plays the BA protocol.

Once the block is validated, it is propagated to all nodes in the network.

Everything starts from the VRF: this algorithm proves to everybody in the network who is a block proposer or a verifier, without the need to propagate this proof to everybody on the net.

Solving skepticism from the developers’ world

The world of business is still clapping its hands to Algorand, a scalable, cryptographically empowered and energy-savvy consensus protocol.

On the other hand, the developers’ world was skeptical about this project when it launched, mainly about the openness of the project and the similarity with the bitcoin mood.

The event in Rome, hosted by Jason and Chris, helped the whole community, releasing useful information to show that good work has been done and more will go on, to solve all discussed issues.

The software is going open source, starting from the VRF itself, that’s already at disposal. (We found the link to a GitHub page listed directly on Algorand’s website)

“There will be cold storage”, answered Jason. Moreover, “No mining will be needed, but there will be lottery-based incentives”.

Communities, not just a buzzword at the Codemotion Amsterdam conference