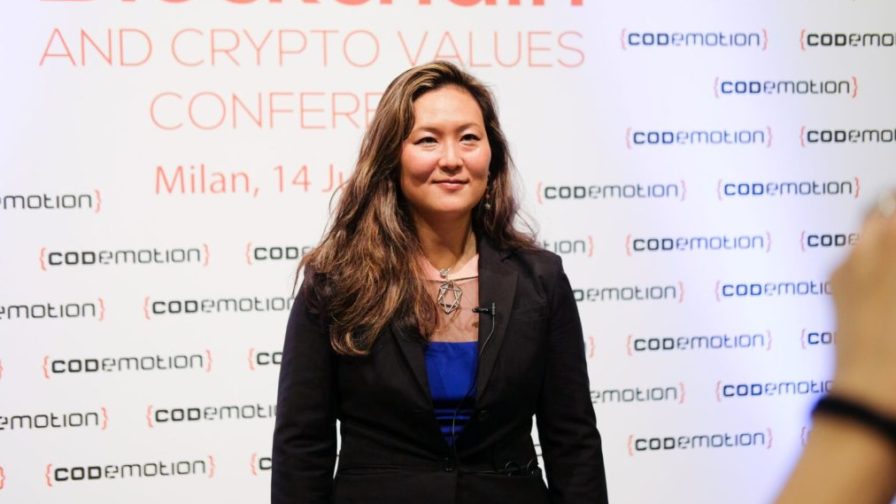 Blockchain technology has the power of being as powerful as the Internet. Not only developers but any kind of expert: you can be in business, you can be in marketing, there are many many ways to be involved.

During Codemotion Milan 2018 we had the chance to ask this question to Audrey Chaing. Audrey holds a degree in Computer Science (MIT), an MBA from Wharton School of the University of Pennsylvania and is the Founder of Blockchaing.org. On top of all of it, she is trading BitCoin since 2013. She has a wide Finance and Trading knowledge, supported by a very strong Technical background. She’s also very involved in promoting women’s role in High Tech (you can often hear her speaking in the Google International Women’s Day) and more specifically in the Blockchain world.

What she told us is that what lead her to publicly speaking about these topics (although she would normally define herself as an introvert), was in first place the fact that there are not many women involved in these fields.

Behind Blockchain, there is a very strong and active Opensource Community and this community is trying to grow as much as possible. According to Audrey, it would be great to have a bigger amount of people involved.

But why would we need to have more, different, people involved in it? “First of, because it is the right thing to do and second of all, because when you have different prospectives you and up with a stronger system and it’s something we should all be interested in”.

Well, we couldn’t agree more with that.

Welcome to the world of micro-apps