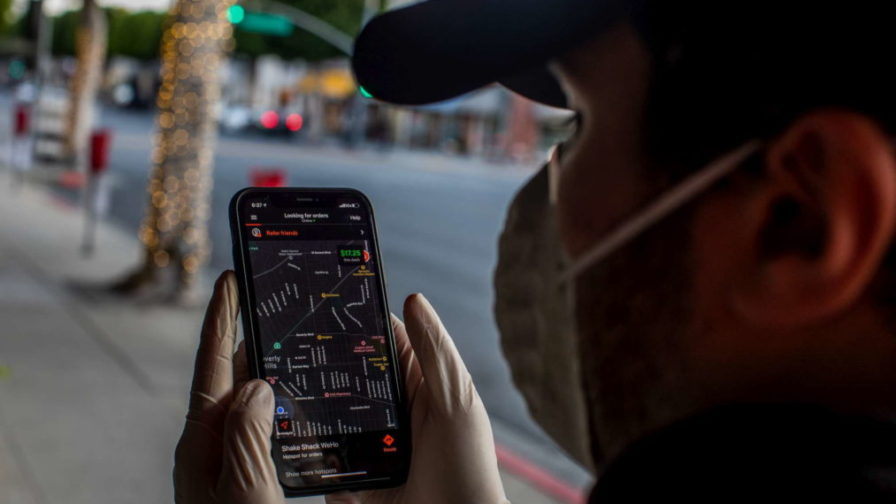 There is a lot of discussion about contact tracing as a major contributor to preventing the spread of Coronavirus, COVID-19, or SARS-CoV2, as it is variously known. The current situation in this regard is fairly fluid and each relevant component – technical, administrative, social – is in a constant state of evolution. The hope is that this approach will prove useful in containing the virus, that the global turmoil produced by the pandemic will abate in the near future, and that this will happen long before any vaccine is available.

This article looks at the ways in which developers can handle situations of significant global interest. This is a perfect use case in which an open community with good leadership can solve a problem that is a real conundrum, especially in light of the many constraints of the public sector.

To understand the bigger picture, one must first understand the chances being taken by current technological solutions, which use our smartphones as sensors to collect data.

Development of contact tracing tracing solutions is being carried out worldwide – oneapp app for each country, often with differing rules that prevent cross-border integration. Faith in the effectiveness of this approach is based on a British simulation, the primary result of which, widely ignored by the media, indicated that adoption by any percentage of the population will provide useful data in line with the current epidemiological model. If we assume that the internal data of each nation are relevant, although we cannot be certain of this, the degree of supranational utility of such data is unlikely to be very high.

Governments are leveraging contact tracing to add additional social features. Some governments integrate other functions into the app (issuance of medical certificates, unemployment benefits, bonuses for app adoption, integration with digital health services), as well as notification of test results. By acquiring traceability data, each state effectively becomes a competing OTT (over the top) player alongside Google, Apple, Amazon, Facebook, and the like. A number of concerns consequently arise around privacy and GDPR, which need to be considered in depth, and at speed, before any app is made available for download.

Nonetheless, on April 29th Apple and Google announced that they would support a worldwide contact tracing solution. On the same day, the Italian government approved the adoption of the app ‘Immuni‘.

The Apple and Google API is not yet available in its final version, but is at present a developer-focused release designed to be given to public health agencies to help them implement their individual solutions.

In the early stages of COVID-19 we reached out to our community of developers to gain an insight into their experiences – how the pandemic was impacting their workplace and their existing orders, the job market in general, and tech as a sector. What follows is a
deep dive into the results of our survey.

In order to trace the spread of the virus, worldwide entities need to collect data from smartphones. Technically, apps should be only one of the possible front-ends being considered, as the mobile OpSys should gradually evolve to solve all technological problems. For example, almost 100% of all smartphones now use one of two operating systems: Android and iOS. In response to President Trump’s ban, Huawei’s devices should soon use a Chinese-managed fork of Android. Apple and Google have agreed on a common strategy have agreed on a common strategy to overcome the inconveniences posed by each operating system, while Huawei is working to remain compatible with the entire range of products.

Basic, specific, and functional technological choices are still being made around the world. For data, most systems will follow the decentralized DP3T model, while some (France, UK) will not. Germany started with a preference for a centralized approach but may change course and turn to the DT3P. Contact communication between smartphones relies on the BLE (Bluetooth Low Energy) relative position tracking system, thus avoiding the absolute position tracking available through the GPS system.

Open source or not? The Italian ‘Immuni’ app

Google Play and the Apple Store have authorized only one app per government. The Italian software was not developed on a governmental level, but entrusted to Bending Spoons, whose ‘Immuni’ app has already gone through several stages. The provisional release date for the first version is not yet confirmed, but it should be downloadable in May 2020.

The management of such a crisis seems an ideal opportunity for the developer approach: worldwide, open-source and well documented, with large exchanges leading to continuous improvement, completely public protocols and databases, and attention to both regulatory and substantial privacy at all points in the data lifecycle.

A group of Italian developers have developed an app (for demonstration purposes only) according to community processes and principles. The name given to the app is ‘Protetti’ (meaning ‘protected’). This process began with Michele Sciabarrà, a software project manager with deep expertise in cloud and serverless computing. He posted the idea online and immediately captured the interest of dozens of enthusiasts. We spoke with him while he was building the NoiApp community.

What is it about? And what about open source?

Protetti is the Italian version of DP-3T, the decentralized app made by Switzerland and Austria that will be launched on the 11th of May in Switzerland. The app is open-source, with its code available on Github, released with an MPL license, which allows changes to the brand but no tweaks to the code. In making Protetti, the members of the NoiApp group have translated and adapted it a bit. Most of the work done has been on deployment and testing.

Is Bluetooth Low Energy a good way to measure distance?

There are some interesting points on power consumption. The accuracy with which BLE signatures can be converted to useful proxies for transmission risks is currently uncertain. Our community is working on this with a little investment (more detail can be found on this later in this article).

What infrastructure underpins it?

All the attention is focused on the app, while most of the work – and what is most important to contact-tracing solutions – is the servers. The recent launch of Amazon Cloud services’ Italian region will be beneficial for many business models, including the class of solutions offered by ‘Protetti’.

The server is a spring-boot application written to accept notifications and write them on a database. This is not a bandwidth-consuming application: 99% of requests are read requests, so implementation can start with a simple CDN connection.

Sciabarrà found the closed approach of ‘Immuni’ unresponsive to today’s world. He posted online, asking if anyone wanted to make an open version and received 200 replies, creating an entirely new community in the process. Today, Sciabarrà is the community’s frontman.

Despite online chatter, , some of which Sciabarrà himself has been involved in, the Protetti group is not in competition with Immuni or Bending Spoons. Immuni responds to commercial logic , and development started with an opaque process that became more transparent over time. However, the NoiApp community thinks that the whole process should be open, not only in terms of (open source) code, but also in regard to protocols and databases.

Among other things, someone asked why blockchain is not used for the data, to which Sciabarrà responded: “data are anonymized at the source, so using the blockchain instead of just HTTPS makes no sense”. It would be an unnecessary complication.

Helping the global community: the case for BLE

Beyond its regional goals, each local community takes part in work with the potential to be helpful to the global community. The first task is to provide a local translation of the app. More complex is finding an answer to the question: how affordable is BLE? Official communications regarding the contact tracing apps that will be released all around the world allow users to think that all smartphones carry a compatible BLE device, able to provide a cost-effective measurement of the distance between devices. The reality is completely different and the BLE information behaves differently, depending on its usability, measuring system, and even power consumption.

The NoiApp community is therefore investing money in testing code for the Protetti app. The goal is to define each device’s behavior, producing a list that will be useful to other app publishers globally. This knowledge will be beneficial to any other developing group with similar goals.

Answering global challenges is a great leap forward in the behavior of developers, and is the same leap that inspired Apple and Google to develop parallel systems, harmonizing a worldwide diffusion of contact-tracing apps.

Limits of the projection

All tracing apps are built upon a single idea: having 60% of contact data could make the difference in controlling the spread of the Coronavirus. The effectiveness of contact tracing has been explored in a British study, simulating various scenarios with a starting point in a pre-COVID-19 era, prior to the existence of any application available today. Reference data used in the study for smartphone usage are given by the UK government organization Ofcom, in a nation in which cellphones are used by well over 70% of the population. The projections, based on a single theoretical city of 1 million inhabitants with smartphone distribution as per the British average (the UK has the greatest smartphone penetration of any nation worldwide). The model also assumes a total lockdown for those aged over 70. In comparison with the UK, Italy has lower smartphone penetration, and a larger percentage of over 70s. “If we have a 60% overall adoption of the app in a country”, explains Michele; “we can also have a spotty distribution, where some areas reach the desired 60% and others don’t, but the data will still be relevant”.

Even an adoption rate of only 20-25% appears to make interesting data available for analysis by any approach.

The data collected is often integrated with other information from apps developed in technologically advanced Asian nations such as South Korea and Singapore. The real penetration of these apps (which began before the pandemic expanded), remained small and the data was therefore of limited help to the decisions being taken by the legislator.

Looking at global actions, a deeper reflection must be made. This terrible situation could be of gLooking at what is happening globally, further thought is essential. This terrible situation could be of immense value if we collect data that can be used in any future global health crisis.  Right now however, we are working with very old material, using a 1930s model for the pandemic, developed in the wake of the Spanish influenza pandemic of 1920.

Will the data collected this way, and all related experiences, be useful to us and our children?

Should Developers Care About Business Decisions?

BERT: how Google changed NLP (and how to benefit from this)