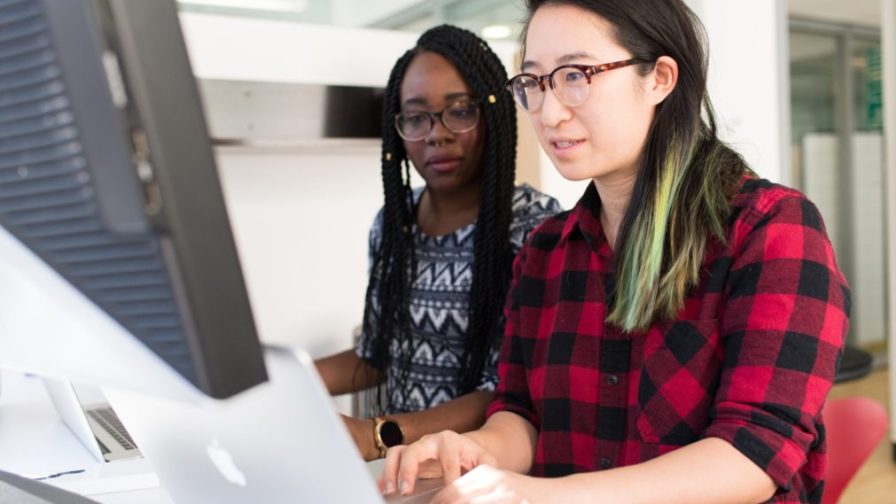 Before you keep on reading, let us suggest you read our full guide on how to be a better developer community manager and go through our list of the best tools for planning a virtual conference.

What skills are critical to work in developer relations?

We’re always keen to learn about what makes a good community manager or practitioner in developer relations. According to Tim, there are particular standout skills:

“I see empathy being the number one skill that something no practitioner can ever miss. You know, feeling the pain that the developer has to go through when they have to implement a new feature. The ability to connect to people, seeing what they are literally looking for and where companies like Google are able to create value.

So for us, being able to connect with these people, with developers, with designers, with practitioners all across the different regions, that is really important. And then I think the other bit that oftentimes is ignored is being very strong advocates for this audience within the company itself.”

Tim notes that it’s not enough to promote your latest and greatest products. Rather developer advocacy needs to also be about bringing feedback to the company and helping the company be better.

“You need also to be more useful for developers, making sure that developers can thrive in our solutions.”

What are the challenges specific to the German market?

Tim provided some insights that are unique to working in Developer Relations in Germany.  He explained: “One thing that a lot of people tend to forget is Germany is a highly decentralized market.

So if you compare it for instance, to the UK or even to America, people would oftentimes think about one or two cities that are focal to the developer or design scenes like London, Manchester, or San Francisco.

But if you look at Germany, we have activity spread across all cities and regions, mostly with their own specific verticals. For example in Munich, you see hard work where a lot of agency-based work with startups, and seed funding for B2B businesses.  Frankfurt is where most of the FinTech scene is.

And there are plenty of other cities that are highly relevant. So based on the different vertical you want to touch, you cannot just concentrate on a single city, which is obviously a big challenge because it makes that face to face interaction that is really important to build trust and credibility within the community, much harder.

At the same time, I think it gives you also lots of opportunities to make sure you connect people from these different cities and we attend together. And that is something where I feel companies like Google can really help.”

What are some strategies that work in developer relations?

Tim notes that he’s a huge fan of office hours, something that might not be the first thing that springs to mind with developer relations. He explains:

“So, instead of expecting everybody to have one on ones with me or scheduling them myself, I opt to make myself available and answer anything that might be relevant. I make my calendar bookable by other people. This means I’m not clogging up everyone’s calendars including my own and it just works really well.”

Tim also champions concise communication thanks to messaging platforms. “I keep communication brief and try to be respectful of other people‘s time and how much they want to actually engage with us. It’s about being open and available but not coming people constantly with emails.”

He further notes that referencing one form of communication may distance those who prefer other modes ” So, I cannot just prefer one over the other because we’re a pretty large community nowadays and everybody has their preferences.”

What Devs Need to Know

According to Tim, developer relations and community management roles are not always well understood by devs. Tim stresses “We’re not just a pure marketing function. Developer relations is not just about pushing out messages and telling people about the product. Ideally, they are already aware of these products.

I would love for people to understand that develop relations is a twofold role about really being advocates for the developer within a company. And then obviously also, helping people from outside the company kind of connect a face to the company because you know, large companies like Google, they tend to be, you know, hard to grasp a company structure internally can be really difficult to navigate from the outside.”

Tim wants devs to leverage devrels, and really work together. “If people work with us to build things together then people outside of Google will really benefit.”

As a conference series, Codemotion is constantly evolving, including our first virtual conference. Tim enthused

“I’ve been attending a lot of your events across the last few years and I see Codemotion mature more and more in a lot of different areas. To give you one example, I think when it comes to diversity inclusion, the conference is very vocal about best practices.

You know, even if you just turn around your conference badge, you see ways about respectful communication as an attendee, how to be a good attendee at a conference where I think a lot of conferences can actually learn from that.

But then this is extended to the speaker lineup also, making sure different perspectives are represented not just in the audience, but also on the stage. That’s something that I really appreciate.

I’m always happy to attend Codemotion events and it’s always great to see what developers are up to.”