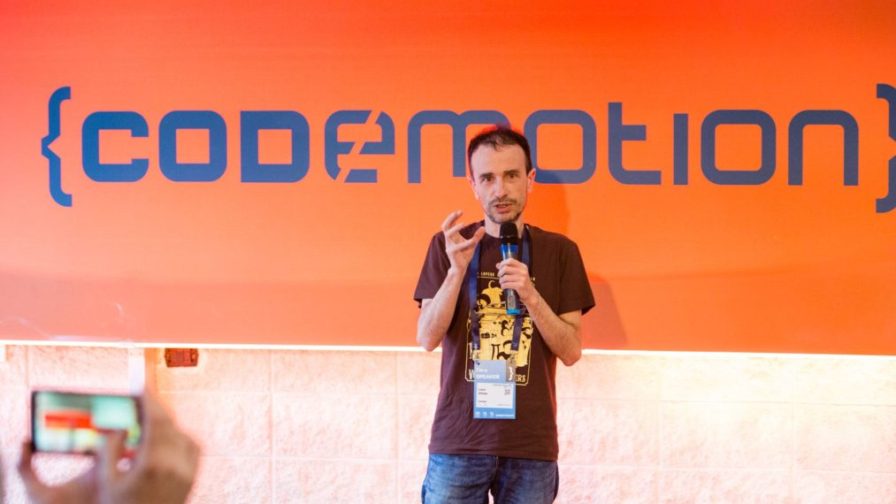 When we met Luca at Codemotion Rome 2018, Luca was the CIO of the Corte dei Conti. Today he is the new Commissario straordinario per l’attuazione dell’Agenda Digitale, role that collects the legacy of Diego Piacentini. Over the years, he has developed, at all levels, a “culture of the information society” proving his ability to reconcile IT and managerial skills.

During Codemotion 2018, Luca explained to us the “digital emergency” in which Italy has been for many years and from which we can only exit by breaking down the digital divide, preventing corruption and malfeasance.

But what does “digital divide” mean? This is the question that Luca asks himself and addresses to us during the interview. The definition previously given at by Bill Gates and Al Gore is no longer current and, according to Luca it is more correct to define it as a:

Innovation in Public Administration must pass through the cloud but also for other disruptive technologies such as Blockchain that can only be used once the “garbage” has been digitally eliminated.

According to Luca, the problem is very transversal and Italy is certainly a strong digital divide country, as also stated by The Digital Economy and Society Index (DESI) and this happens because there has not been a correct approach to Digitizing the Country. An example of this is the digitalization of Public Administration, which was processed in an incomplete and fragmented way.

Process defined independently of the dynamism of digital.The “wrong” digital experts are a new factor in the digital divide that must be taken into consideration.

Not all sectors of the public administration are in such conditions, Luca points out. At university, for example, the digital divide is a smaller issue because there is more comparison with the rest of the world. On the other hand, the situation of the industry is the worst:

This situation affects skills and professionals. The digital-divide in the Public Administration leads to a proliferation of data centers (one of the largest in Europe), of applications and systems that makes little use of the cloud, are developed with obsolete languages ​​and on which works a whole series of digital experts who are strongly in digital divide.

Despite all these, Luca is very optimistic about the future because Italians have a great creativity

For a 50-year-old man like me, used to attending conferences where I am the youngest participant, coming to Codemotion is a breath of fresh air that makes me get in touch with a healthy Italy that represents the fertile soil of our society

Luca concludes his interview talking about Ethics because digitization is one of the key factors (if not the primary) of the fight against corruption in the country and must start from teaching information technology in schools.

Meet Christian Heilmann, a living legend of the IT industry.