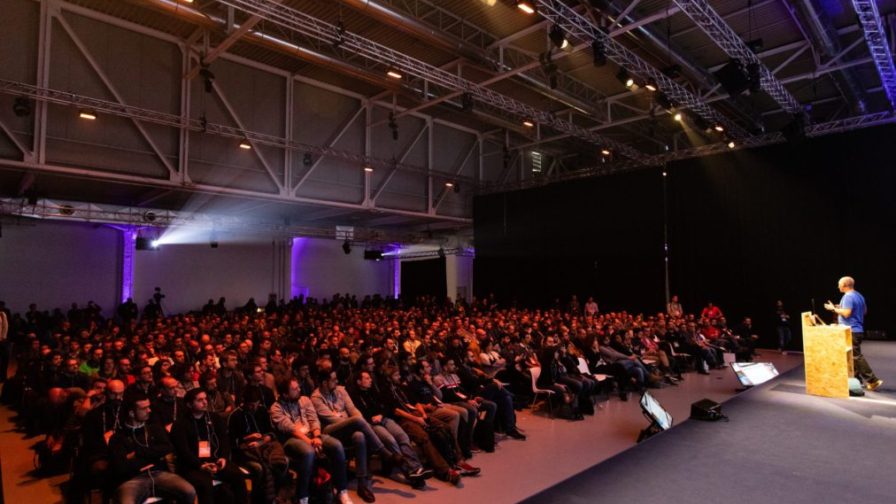 The protagonist is a colourful, bumbling ex-clown. Quite a world away from his creator, who impressed the audience at Codemotion Berlin with his talk, Toy to game: Hypnospace Outlaw and its journey from virtual plaything to gamey game.

Before it blossomed into his passion and career, it seems Jay was introduced to the adventure gaming genre by misadventure.

“After years of relentless begging, our first computer was purchased in early 1997. My parents’ tight financial situation meant that new games were a Christmas-only affair, so most of my early PC gaming experiences came out of the bargain bin. While I didn’t like it then, I now appreciate that I was ‘forced’ to play older games. Had it not been for this I probably would’ve missed the entire Adventure genre.”

“Everything changed upon receiving a copy of Sim Tower for my 11th birthday. A demo of Klik & Play contained on the disc sparked a passion for game design in me that has never waned. I joined the ‘klik’ community shortly after and began pumping out retrospectively awful, but ultimately necessary, amateur games.”

Dropsy subverts the traditional tendency of game protagonists to be destructive forces in the world. Instead of slaying enemies, Dropsy’s innocence and kindness act as a catalyst for redemption. Dropsy doesn’t recognise anyone as his enemy, and will lovingly embrace them (whether they like it or not).

Jay created the game under his developer pseudonym Tendershoot in 2015 with indie development studio A Jolly Corpse.

Based in Berlin, Jay and his team spent over a year developing alternate-reality internet/OS simulator Hypnospace Outlaw before figuring out how to make an actual game out of it.

In his talk he asked “was this stupid and dumb of us?” The answer to this question is revealed as participants are shown how the Hypnospace Page Builder and Tune Sequencer tools were used to recreate the internet of fake 1999, before finally seeing how it has all somehow coalesced into a legitimate game.

Jay also spoke about the tricky balance between artistic and commercial driving forces.

“I always have a struggle between wanting to do things that are artistically fulfilling and things that people actually buy. I’ve learned to not let my desires in terms of artistic integrity come first, especially in a project where you have other people that are depending on it making money for them. So I learned to keep the soul of it intact while also making it accessible for a broader group of people.”

The interdisciplinary field of computer games according to Steven Goodwin