Home » Videos » From GitHub to Chatterbug: The story of an accidental enterpreneur
CTO 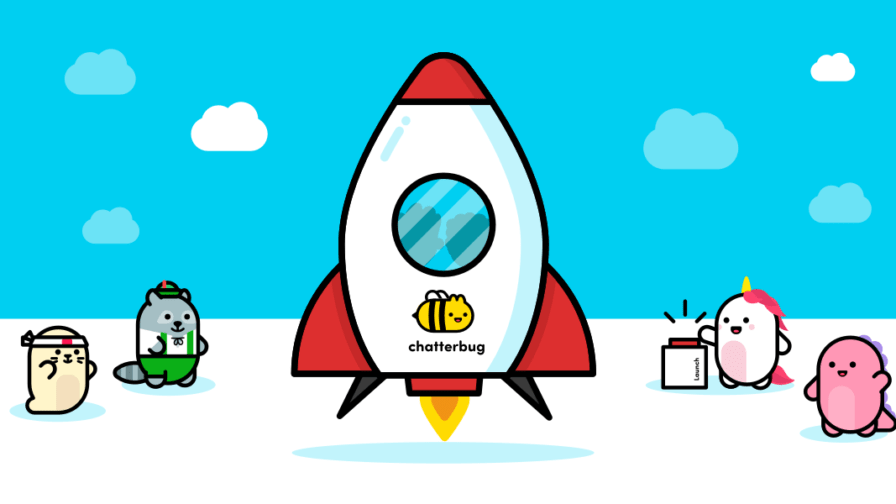 Scott is the CEO and co-founder of Chatterbug, based in San Franciso and Berlin. Although Scott currently spends most of his time on Chatterbug, he is best known as former CIO and co-founder of GitHub. Scott is also the author of Pro Git. We took the opportunity to chat to Scott to learn about his new venture, and insights from his time at GitHub.

Chatterbug is an online language learning system with two parts: Self-Study and Live Lessons. Self-study is time spent on activities like study cards, readings, audio and video media, and writing practice in Chatterbug. Live Lessons are guided, 45 minute one-on-one video chats with a native speaker of the language you are learning. It offers the effectiveness of private language tutoring and the flexibility of online study.

Here are just a few things Scott had to say, you can watch the interview to learn more:

Why do you call yourself an accidental entrepreneur?

Scott explains, “I call myself an accidental entrepreneur, I think because I didn’t get into GitHub because I was really interested in creating some large company. I don’t think any of us any of us were really interested in that. We wanted to create something that we wanted to see exists in the world that if it had existed, we would have just paid for it. It would have been great, but it didn’t exist and the solutions out there were frustrating. And so we started building it for the love of building it of creating something that we wanted to use and we wanted to see.

Chatterbug, the company that I’m running now is the same thing. I would have preferred to have just paid for something that helped me learn a language in a very real way with you know, sort of conversations and curriculum, that’s all included. Instead I found myself having to piece together everything.

What are the mistakes people make when trying to grow from a small business to a large enterprise?

“I think a lot of times people ignore customer service in a large way because they think that they’re not big enough for it or something. Whereas I feel like it’s much more important for enterprises of any size, right to really focus on customer service and make sure that you focus on one very specific segment of the community.”

Scott suggest companies work to acquire super fans: “People that love your product, people that that would never use anything else because they just think you’re doing such a great job.” He notes that many people put off customer service until later. until they’re bigger, and ignore their customers and focus on things that aren’t as important to the overall growth of the company, “which is sort of ironically trying to make the company really big right, as opposed to trying to make the product really great.”

Lessons learning from Chatterbug: Challenges and opportunities of remote work

Remote work and working from home is posited as the new normal for many of us. According to Scott, it was a bit more complicated at GitHub, “where we had an organisation that had about half of our employees remote and the other half centralised in one building in San Francisco. And so I think stepping back from that, after I left and was looking at the growth problems, we have a very specific direct reporting mechanism now which is not overly burdensome, but has people understand what is expected of them and, and what their future career path is and things that we kind of ignored in growing GitHub in this very organic way.

We want to set up the company so that it can function in a remote working environment. But there are downsides to that too, of having people feel isolated, or specifically in bifurcating the company where half a remote and half or not is really problematic. And so we’re trying something at the new company, which is more hub-based, where people can work from home. People have the sort of freedom and flexibility that you get with remote work, but we’re trying to get people to be close enough to each other that within a day’s notice, they can get together andmeet in person if that’s something that the group feels that they need to do.

This provides Chatterbug with an opportunity to maintain the best aspects of remote work as well as mitigate the downsides.

What kinds of skills or competencies do devs need to work at Chatterbug?

There’s a big different between the companies of Chatterbut and GitHub. Scott notes, “GitHub,  was a very developer-focused company where evelopers to work on something for developers. At Chatterbug we’re building something for language learners, which is anybody, right? And so it’s important to us company-wide to have a very wide sort of background of the diversity of people from different cultures of people from different language backgrounds.

If regard to the technical competence developer wise, we;re looking for Rails and React in general. But we’ve also found that we can hire relatively junior developers and focus on them and build up their skill sets and they can be really amazing at building the things that we need. It’s not necessarily the technology as much as it is, I guess the attitude of wanting to help customers, wanting to help people learn languages, having basic tech skill sets, but I feel like that’s, that’s trainable,

One of the things we try to do, is to make sure that everybody in the company is learning a language all the time. So we have stipends for everybody, whether they’re using our product or something external. If they’re using something external, they can bring those ideas into our product. If they’re using the product they’re gained first-hand real-life experience. Everybody’s trying to learn a language all the time because the most important thing in our company is that everybody at every point, cares about learning languages.”