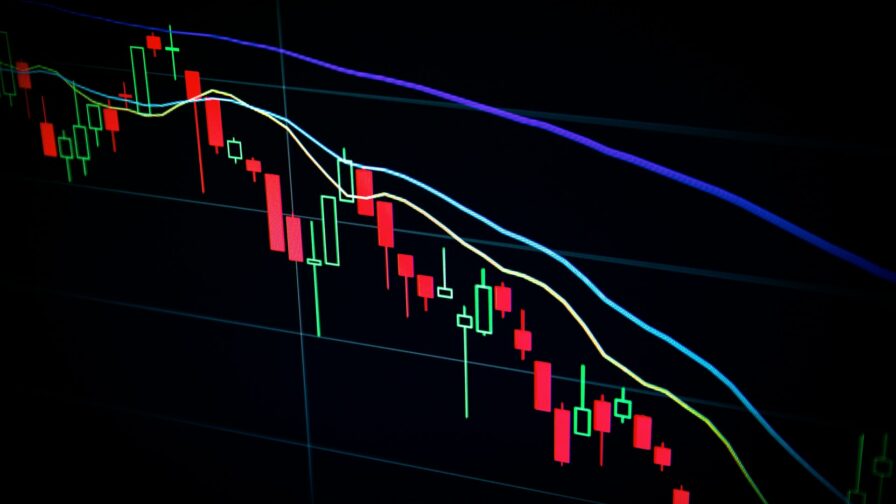 Let’s start with the basics: A graph can be defined as a collection of nodes and their relationships. An example would be two individuals (the nodes) who are married (their relationship). The nodes will often have properties like age and gender. Graphs are a highly flexible way of representing data as they don’t have fixed schemas. It is also easy to use graphs to store connections between different entities, and this is extremely important as such connections are abundant in the real world.

Yeah, graphs are nothing new, but what happens when you have the technology and tools to combine them with machine learning algorithms?

Graph ML is a branch of machine learning that deals with graph data, and it comes with some great benefits. With it, you will be able to embed complex structural information as features, and this helps to provide a lot of useful information.

This system also uses AI to learn new features and represent them as an embedding. This makes it easier to encode a lot of information in a small space. At the same time, you will not have to sacrifice speed and performance.

Graph ML can be used to perform a wide range of tasks. You can use it to classify nodes, make predictions on missing links between nodes, and classify graphs. Graph data can also help with clustering as it can detect whether certain nodes form a community.

AI for a dev’s skillset

Bringing AI and graph data together can make the outcomes more accurate. The following benefits of AI and graph data are giving companies a deeper understanding of what’s going on (and how to predict behaviours and trends) so, they’re definitely on the lookout for AI developers who know how to work with this approach.

Below are some ways in which you can apply Graph Machine Learning as a developer in a work environment:

Artificial intelligence makes it easier to discover insights, patterns, metrics, and relationships in data. Graph algorithms also increase the predictive power of existing data. AI is a natural fit for graph data since this form of data is ideal for making inferences from complex data.

A host of graph algorithms help to identify meaningful graph-oriented metrics and patterns that can be applied widely. These metrics include community detection, closeness centrality, betweenness centrality, and similarity of neighbourhoods. They can identify patterns of fraud, identify user groups, and report weaknesses and bottlenecks in supply chains.

With large amounts of data, you will need to use network centrality to understand the data. Network centrality metrics are a way of thinking about the importance of nodes and edges in a graph.

One way graph data and graph analytics help machine learning is by enriching the set of data features available. Social media platforms use Graph Neural Networks (GNNs) to detect fake news and recommend stories or posts. Platforms like Uber Eats are also able to use the data to give you recommendations for restaurants and bars.

Graph data and artificial intelligence also improve predictions as the system will be able to create accurate patterns from the data. It is able to determine how different variables will affect the trends and is, therefore, able to create more meaningful predictions. Graphs naturally make it easier to notice trends, and using artificial intelligence will simply improve accuracy in the inferences and predictions. It would especially be useful when dealing with large samples of data.

For example, when using data on ice cream sales over a set period of time, you will be able to make predictions on the sales you can expect in specific months over the next years. The system should be able to identify points where the graph deviates from the trend and factor in those variables when making predictions. For example, the store may have closed for a month because of a natural disaster, and this would bring the sales down to zero.

Recommended video
Thinking outside of the Euclidean Space: An introduction study to Graph Machine Learning and its Applications – Sachin Sharma

What difficulties can you find with Graph Data?

While graph data can be extremely useful, you will experience some difficulties when using it. Let’s look at some of these issues.

With large amounts of data, it can be difficult to create graphs that accurately represent the information. The chart may only show a few hundreds of points on the screen at any given time. When dealing with large amounts of data that are updated constantly, it is better to add a zoom functionality so that the observer is able to view the entire graph. The users should also be able to scroll through the entire data set.

An example of a case where the size of data would be a problem is China Mobile. This mobile service provider has more than 900 million subscribers, and its network facilitates more than 2 billion voice calls every week. When this company needed to find phone-based fraudsters, it had to create graphs that evaluated patterns like the call durations and the percentage of phone calls that are rejected. Artificial intelligence was also able to identify genuine phones since these would regularly call a set of phones and receive calls from the same phones. Given the vastness of this data, it can be hard to view it on a graph, and you will even have a harder time making sense of the information.

Another simple algorithm is the Depth First Search, which traverses the graph by moving the current node to its successors. In case the current node lacks a successor, it will move to its predecessor, and the process will go on by moving to a new successor. The search will stop when a solution is discovered.

Dijkstra’s algorithm is a graph algorithm that finds the single source shortest path in graphs that don’t have non-negative edges. It was developed by the Dutch computer scientist Edsger Wybe Dijkstra, hence the name. With this algorithm, we will start from the source vertex, and this can be designated u. Its adjacent vertices can be labelled v. If the distance between u and one v hasn’t been visited before and is less than its current distance, the distance will be updated. Then we’ll choose the next vertex that has the least distance and has not been visited.

Floyd Warshall algorithm is used to find the shortest distance between all the pairs of vertices in a weighted graph. It is used in both directed and undirected weighted graphs, but it can’t work with graphs that have negative cycles.

Is Graph ML the future of analytics?

Graph ML offers lots of benefits, and it is continually being adopted for data and analytics innovations, especially within companies that handle great amounts of data (leading to data complexity issues).

So, as of today, graph machine learning is definitely a useful and valuable skill to master for a developer looking for advancing their career in data science, machine learning and AI. By learning how to apply ML to graphs, you may find openings in many industries, as this new approach is being used in different fields such as communications, the health industry, retail, transportation, and more!

Jamstack: Are Static Sites a New Revolution for the Web?