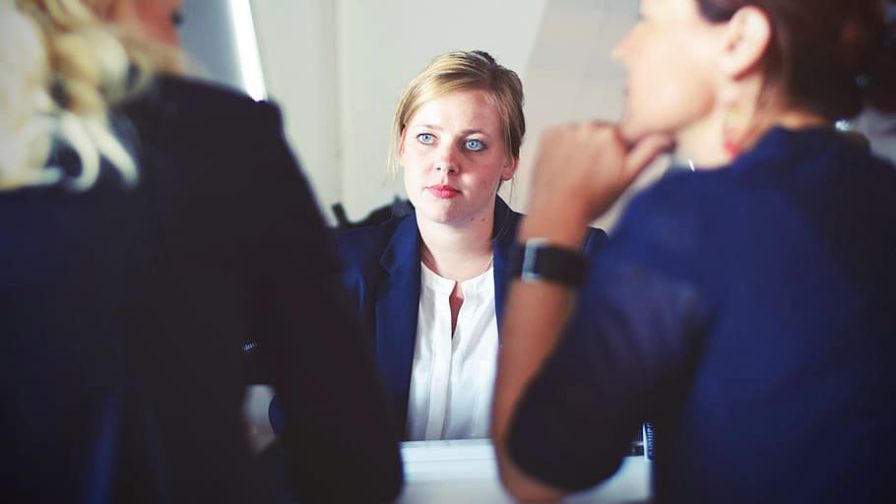 Leaders within the tech industry have been keen to pat their own backs recently for the work they’re doing to encourage women into the workplace. But the latest figures still highlight a huge gap between men and women, particularly in terms of leadership roles.

According to research by the UK’s Inclusive Tech Alliance, as few as 4.4% of CEOs (Chief Executive Officer),15.7% of executives and 6.2% of directors in the fastest growing tech firms are occupied by women.

More than half the firms analysed as part of the Women in the UK Tech Sector had all-male executive teams, while nearly a quarter had “all-male” Boards.

And the same patterns are being seen throughout the world. Silicon Valley Bank’s Women in Technology Leadership 2019 report found that while some progress is being made, a lack of gender parity persists.

So, enough of the cute gimmicks, what can businesses do to get more women into leadership roles?

Yes, we all want to enjoy our work and be part of a productive workforce. But, ultimately, few of us will get job satisfaction if we’re receiving lower pay and fewer benefits than in other organisations. One important way of encouraging women into leadership roles is to have a clear and equal pay structure, which encourages women to climb the career ladder for the personal, professional and financial rewards of occupying a role with greater responsibility.

Many women at some point in their career will need to balance work and family life. Sick kids and school plays don’t fit snugly into a 9-to-5 routine. But having children doesn’t mean that a woman cannot take her work seriously and give it her full attention – employers simply need to offer greater flexibility. This extends beyond offering slightly amended hours. Working from home options and the ability to manage and adjust her own schedule will ultimately mean a female worker is more productive and feels more valued in her job. Flexibility also enables women to take time to develop their skills, making them more likely to strive for and occupy leadership positions. And any employer offering the flexibility to do that will inspire loyalty and higher productivity in their workforce.

Women in tech are just as capable as their male counterparts of being effective leaders. Yet we are still seeing a huge disparity between men and women in tech in terms of their seniority levels. The answer to this might come in the form of a clear pathway to a leadership role, which could be identified during the appraisal process at an early point in a woman’s career. Employers who identify and nurture a woman’s interest in attaining a leadership role will benefit from better succession planning, with staff who have been given a clear career path and the right training to succeed and thrive within the company.

4. Inspire a culture of inclusiveness and diversity

If everyone is from the same gender, race, colour, religion and background, doesn’t that result in a more homogenous and, frankly, bland workplace? By increasing diversity of the faces within your organisation, you also increase diversity of ideas, encouraging greater innovation. A creative, energetic workforce will lead your organisation to a brighter future. And making sure women are integral to decision-making within the company is an important place to start. The key is to ensure a zero-tolerance policy towards sexism in the workplace and a culture within which men and women are treated equally, educating staff about unconscious bias and discrimination – but also about how diversity benefits the organisation (ie. It’s not a box-ticking exercise or a “nice to have”).

Fantastic Data and Where to Find Them