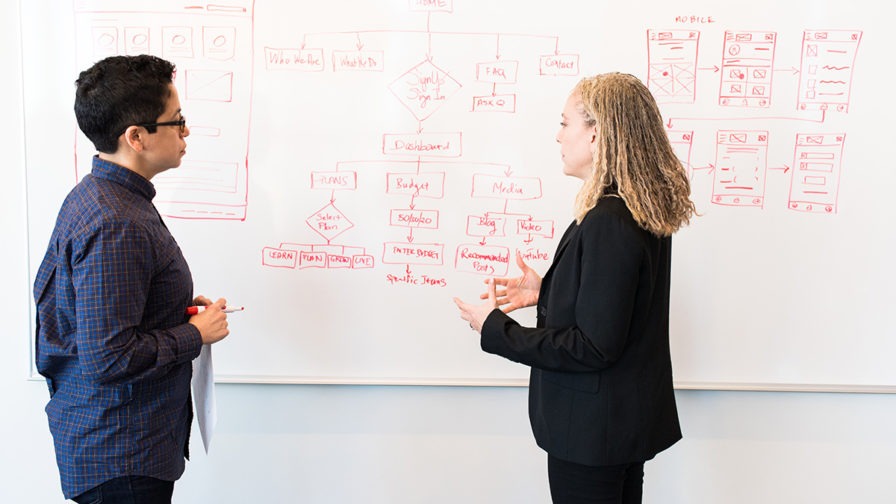 For most people, working with others is hard. You might struggle to work with those within your own team but the challenge is even greater working with others from other teams that might possess a completely different world view, training background, working language, and suite of skills.

An example is the relationship between devs and UX designers. Both occupations are preoccupied with complex roles with fundamental differences. However, collaboration provides a valuable opportunity to increase their comparative skills and the benefit they provide to their organization.

I spoke to numerous developers and UX designers to understand common problems and tools, strategies and workplaces that help.

“Not all UX designers have the same level of technical knowledge, just as all developers do not have the same knowledge of UX and UI standards and best practices. These knowledge gaps between disciplines can often translate into misunderstandings or create barriers to communicate ideas, iterate on solutions, or provide effective and actionable feedback on each other’s work.”

Chris Mills, Co-founder at Strongweek gave some concrete examples of the challenges:

He contends that comparatively.

“Developers are often very literal. Several times while working with developers, I’ve sent them screenshots and quick mockups that to illustrate general concepts and ideas. Even though the screenshots were not to-spec and were meant to be illustrative rather than literal, developers went ahead and implemented them.”

“There are some cases where a cross-functional team can have one designer and about 60 developers. While that might seem odd, it’s still quite common. The differences in training, language, and approach make the designer stick out like a sore thumb with their understanding and ideology. And the dev colleagues won’t seem approachable at all.”

“They should be aware of the personas. They should be part of the process of building what is best, not just the tools who put together all the things that the product team and UX put together. But this has to start with informing the developers of design thinking.”

He also contends that “Developers (or at least the lead/architect) must be brought in early on in discussions about new products and features. They should be part of the conversation so they can bring things up that are incompatible with the framework or technology – as well as bring insights from their experience and knowledge of technology. This also ensures they understand the Whys that lie behind design decisions.”

When designers are working in a developer-led culture, they often need to adapt and approach things more collaboratively. David Hendee, VP of Design at Carbon Five suggests

Ideate with developers: when you’re brainstorming potential solutions, include developers to help come up with ideas. This adds new ideas to the mix and helps set the stage for better collaboration during the build phase. Kevin agrees, suggesting that UX practitioners invite developers to Design Studio or Jam sessions.

David suggests using a component library or a mental framework like Atomic Design can help communication between designers and developers. It also lets the team work on some features without the designer having to create high fidelity artefacts.

Drew Falkman, Director, Strategy at Modus Create, also suggests that design systems – or at least design standards – can go a long way to alleviating the problem of nitpicking:

“It eases reuse and ensures consistencies from the beginning at a high level without having the designers have to perseverate on comps or prototypes.”

Pair with developers and UX

When developers are building features you’ve designed, especially when a developer is working on a feature without a design artefact attached, offer to pair with them before they deliver their work. This thirty-minute pairing session can help tighten up the design without unduly impacting the development effort.

Like developers, sometimes we accrue design debt. Periodically creating a checklist of design tweaks and other nice-to-haves is a great way to pay down that debt without slowing down the team.”

“Where developers have to learn design thinking, UX designers need to learn to let go all of the pixel-perfect decisions so that the development team has some ownership. This isn’t to say there shouldn’t be design requirements and standards that have to be followed, just that they need to be open to input from developers that advance the product.

The least successful teams I’ve seen often have considerable back and forth between design and development about moving an item, making buttons more rounded, changing fonts from Bold to Black, etc. Constant nitpicking disempowers developers, and they will eventually stop taking ownership of the product, stop giving input, and there will be more bugs and more friction between UX and engineering.”

Tools and processes to the rescue

When it comes to tools and software, leverage leading tools that move away from purely static design artefacts such as Figma, Zeplin, Avocado, InVision Inspect, etc. can be beneficial. Josh advises pairing these tools which a design system approach to achieve consistency and scalability.

Depending on the experience you’re building, leveraging leading design systems such as Ant, Material Design, Carbon Design, etc. can help to bridge the gap by allowing designers and developers to work from the same baseline from design all the way through development.

Josh stresses that tools, software, and processes are only as useful as a team’s ability to take advantage of those things effectively: “Make sure you’re supporting your team members with enough time, resources, and trust to effectively communicate, collaborate, and leverage all that they have available to them.”

What Is The Best Framework for Developer Community Management?