Home » Soft Skills » Diversity » Is there a glass ceiling for women in tech?
Diversity 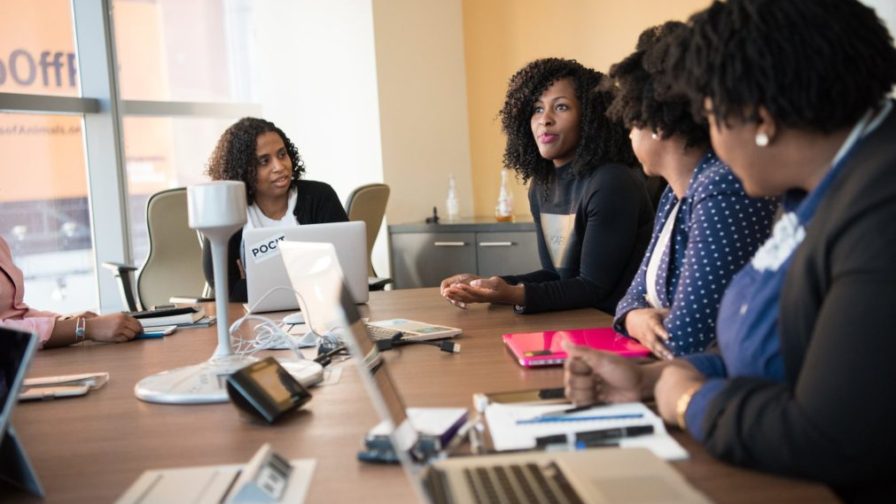 The label “woman in tech” seems redundant these days – after all, how many women would refer to themselves as “a female engineer” or “the company’s female CTO”.

However, there still exists a disparity in the pay scales and ability to climb the career ladder between men and women working in the technology sector. But do these barriers represent an impenetrable glass ceiling for women workers when it comes to rising through the ranks?

Despite some major recruitment drives to entice women and girls into a career in tech, it seems they then leave at an alarming rate. In fact, more than half of women in tech have already gone by the mid-point of their career, according to a study by the Center for Work-Life Policy.

According to a new report released this month, there are three main reasons why women leave the tech sector – but also lots of simple things companies can do to get them to stay in the industry and move into senior positions.

The findings show quite clearly that it is not up to women alone to shatter the glass ceiling that exists in the sector, but also in the power of the companies who employ them.

The Women in Technology Survey by Capital One, conducted by global public opinion and data company YouGov, polled a national sample of 250 women who have remained in tech careers at least eight years and risen to senior roles, as well as a further 200 who had left the industry after three or more years.

In the study’s findings, 23% of respondents cited weak management support (23%), lack of opportunity (20%) and lack of work-life balance (22%) as the main reasons women leave the industry.

Women still face challenges that make it difficult to stay in tech careers. The research found that even those women who chose to stay in tech careers cited limited opportunity for advancement (27%), unfair compensation compared to peers (25%) and little support from management (22%) as factors that led them to consider leaving the industry at some point in their careers. In fact, only 27% of women in tech said they never considered leaving their tech careers.

Julie Elberfeld, SVP, Card Tech and Executive Sponsor of Diversity and Inclusion for Technology at Capital One, said: “There’s a myth that women don’t belong in tech because they don’t like the work.

“The data from this study shows that intellectually challenging work, in combination with peer and management support, fair compensation and flexibility, can provide the right environment for women in technology to cultivate senior level careers.”

But there’s hope on the horizon, according to the report, if employers pay attention to the findings and listen to the voices of those surveyed. After all, a large proportion of them occupy senior roles and so are well-placed to advise companies on how best to support and encourage female employees so they will not just remain but thrive in their chosen field.

“Our research reveals ways companies can encourage women to stay in the industry, which is critical for building a diverse and inclusive workforce essential to driving innovation,” said Margaret Mayer, MVP, Software Engineering, Messaging and Emerging Technology at Capital One.

“Equal pay and work-life flexibility are just the start. Companies should also give women challenging work that draws on their grit and problem-solving abilities, and which gives them a sense of purpose. Then support them with the right training, mentorship and opportunities for peer networking.”

The women surveyed who had been in tech for more than eight years and attained senior roles said the main reason they stayed in the industry was that they were good at their jobs (56%), followed by their enjoyment of working with other technologists (44%) and love of the work itself (43%). Fair and good compensation (41%) and flexibility to achieve work-life balance (39%) were also top drivers.

Julie Elberfeld said: “Women leave the tech industry because of real and valid challenges, yet when we only talk about those stories, we paint a picture of experiences that don’t reflect the success of women who stayed.

“By uncovering the x-factors that contribute to the success of those women, we hope to inspire more women and girls to enter and stay in meaningful and rewarding tech careers.”

Some organisations have already got a hammer in their hands and are making cracks in the glass ceiling for female techies.

Earlier this year, the Women Tech Council released their so-called Shatter List, showcasing 46 technology companies that are accelerating removing the glass ceiling for women in tech through creating and enacting impactful programs and cultures to create inclusivity.

The list reviews and rates the development and successful implementation of holistic, organization-wide practices to create inclusive cultures where women can contribute and succeed.

"No matter the size or type of technology company, having high-performance teams where men and women can contribute and succeed drives success at every level of the organization," said Cydni Tetro, WTC president.

"Highlighting and explaining these practices accelerates progress for the entire tech industry by amplifying the programs that are making real strides in creating more gender inclusive cultures and propelling their impact further to help organizations throughout the tech sector grow closer to breaking the glass ceiling."