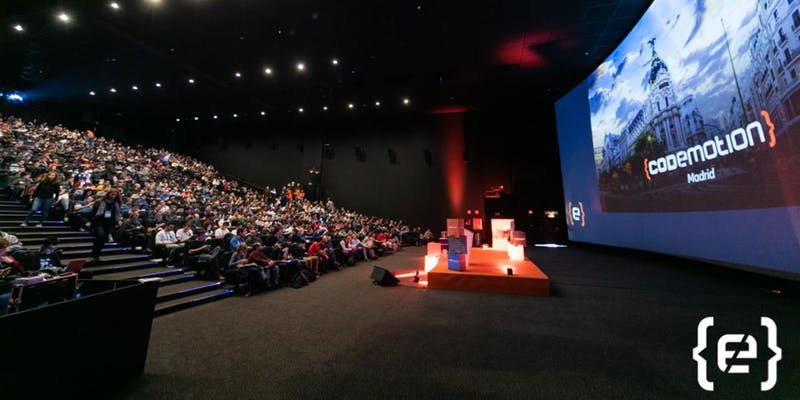 At Codemotion Madrid 2019, we took the time to speak personally with some of the conference speakers to dive a little deeper into their topics and get some fresh takes on their speaker topics. Let’s take a look:

Internationalisation is harder than you think

Eli Schütze Ramírez is a web engineer at Monzo Bank. She gave a presentation about Internationalisation and told us:

Eli notes the complexity of the length of German words affecting UI when making buttons.

Eli discusses the Unicode standard, the universal character encoding, maintained by the Unicode Consortium. It provides the basis for processing, storage and interchange of text data in any language in all modern software and information technology protocols.

She noted that “The Internet, in general, has a habit of making everything in English even though the world’s Internet users are not necessarily a majority of English speakers.”

Workplace skills come from all kinds of places

Liz Fong Jones is a developer advocate at Honeycomb.io and Site Reliability Engineer (SRE) presented a talk on Cultivating Production Excellence & Taming Distributed Systems. In an interview with Codemotion, she revealed an interesting method of leadership training:

“As a hobby, I play a science fiction game called EVE Online, in which massive large organizations of real people work together to accomplish objectives. At one point, I was leading over 10,000 people who were all playing the game together and trying to prevent all these interpersonal conflicts from preventing us from working together. So learned a lot about how to be a leader in a software engineering organization from my time playing EVE Online.”

Developers wh0 embrace human decentered design will benefit from understanding people as much as coding and design principles. We spoke to Rocío Tomé, clinical psychologist and game developer who shared with us:

“Psychology is older than video games, and we can take that knowledge and adapt to the new technology of video games.”

Diversity is about more than who you hire

We also interviewed Chinenye Onuegbu, a senior software engineer at Yilu about workplace diversity. He shared:

“I have used a lot of strategies and which includes leaving a company and sometimes confronting things upfront but most times I let a lot of things slide which I believe is also how a lot of people  handle things.”

Chinenye notes that “the most important mistake is usually thinking that diversity this all about hiring people from different backgrounds. You need to delve:

He suggests that not a lot of attention is given to people from diverse regions instead focusing on people of colour, thus obscuring particular differences such as cultural or dietary requirements.

We asked a number of speakers about their thoughts in regard to programming languages and resources for beginners. They offered some astute analysis that you’ll be able to view in more detail on our YouTube channel. But in short, they shared:

Cut and paste can lead to common coding mistakes

Javier Abadía is Lead Developer at StyleSage. We asked him about the comparison and contrast between View, React and D3. He notes:

“Normally I would try to use some component oriented framework such as View, React, or Angular and integrate that with D3. I think that’s the perfect combination for any web application, no matter if it’s desktop or mobile.”

We asked about the common mistakes that are made by those new to data visualization. Javier explains:

“They quickly find some examples on the internet, and they copy and paste and there’s a lot of difficulties to integrate that into your application with your data and making it responsive making it talk to the rest of the application. I wouldn’t say it’s the main mistake, I would say is the main difficulty. The solution is to really understand how your framework works in  View or React, and how their reactivity works in inside – how they render the DOM elements and also understand how D3 works.”

Javier has been developing charts for newspapers and notes “I usually take some time during election night to compare different solutions and to understand how each of the newspapers presents the information.”

It’s not just what you learn at University

“You can see when you start learning Kotlin it’s more efficient and easier to read that Java. However, for newcomers, you still need to know a bit of Java before using Kotlin for Android development.”

Grammar is key as languages evolve

Pablo Galindo Salgado works in the Python Infrastructure team at the Software Infrastructure department at Bloomberg L.P. He notes that Python’s grammar makes it very easy to learn and read:

“Specific technical decisions have been taken to make sure that the evolution of the language will be constrained in a way that very complicated constructs are not allowed.”

He suggests that if someone wants to get into open source they start with less taxing projects as C Python core as “there is very low-hanging fruit, making it easy to start and jump into.”

We asked Vicenç García Altés, about the maturity of serverless. He shares his experience in  AWS Lambda and node.js and notes that:

“The major difficulties in making serverless applications are the change of paradigm, because it”s an event driven architecture  that you can use with microservices or others and the principles bring new challenges and ways of working. One of the best is that you can start with small parts then more to larger challenges.”

AI is tough for beginners

Clara Luis Mingueza and Nerea Luis were interviewed about their experience and interest in computer science and machine learning, Clara notes that for beginners “Tensor flow is quite hard to use” and highlights Keras, an open-source neural network library. Nerea suggests that: “

Even though it’s not necessary to fully understand AI, you really need some basics to know what the  algorithm is doing for big data analysis.”

Codemotion Madrid Offers a Plethora of Diverse and Engaging Topics