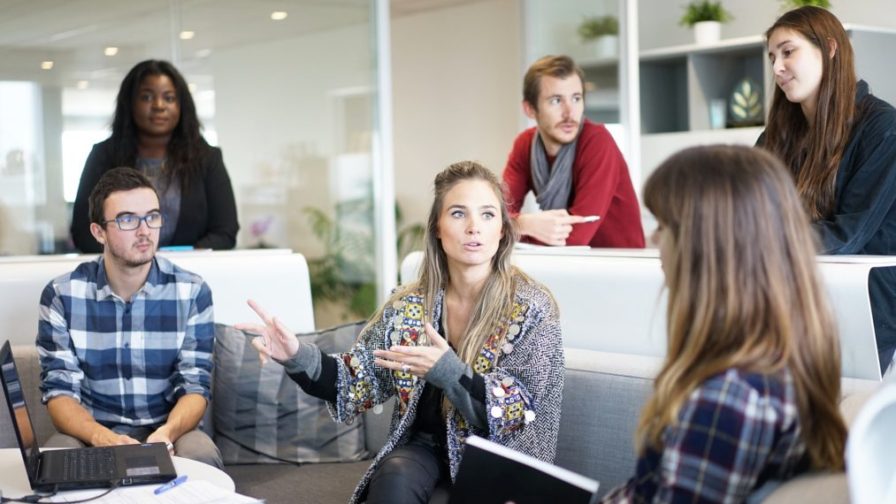 Many aspects in the evolution of new technologies during the last few decades are closely related to the concept of openness and equality.

Thinking about how openness deeply shaped new markets and enterprise models, it is easily understood that without free participation and inclusion in the development of new products and services, our world would be very different from how we know it today.

Still, while we endeavor to keep the Internet free and accessible and we trust in the community-driven approach to the governance of open source projects more than corporate style, true inclusion in the tech industry is still a work in progress.

Amy Lynch, head of the Diversity & Inclusion department at ThoughWorks, talked about effective ways to fill the inclusion gap at Codemotion Milan 2018.

Starting from her experience in HR and marketing, Lynch developed a strong commitment in tackling diversity related issues in working environments and shared her thoughts on the subject, together with practical tips that can help in fighting poor behaviour and a bad attitude towards others.

Lynch approached the problem beginning with a fact: the tech industry keeps on growing and to support its expansion it needs to enlarge its workforce. Though it looks promising, the outlook for the next few years ahead clearly shows that many jobs positions will be left unfilled because of lack of applicants with proper training and skills.

This vacancy may be explained by the under-representation of many categories among IT professionals. Many of us have a strongly stereotyped vision of IT workers as a quite homogeneous class that matches too closely the nerd guy cliché. Though the reality is quite different, it is true that the majority of job positions in tech is occupied by men, while the presence of women and non-binary people amounts to 17%.

There are societal influences and biases behind these numbers that play a significant role in keeping women and other people from pursuing a career in IT or STEM training, and among those who take this path, many report issues related to uncomfortable or hostile working environments.

As Lynch pointed out, for a systematic change to occur we must adopt a different approach to education to motivate every kid in building confidence and interest towards science and engineering investing some time in activities like CoderDojo. At the same time, we need to improve working environments to prevent people from leaving because of poor integration.

Changing the way we perceive suitability to roles in terms of gender, ethnicity or other factors is indeed crucial to define the shape of our future society.

Nevertheless, cultural bias belongs to everyone and it can be so deeply ingrained in our minds that we may fail at recognizing it, thus exhibiting, even unwittingly, a disrespectful attitude.

As Lynch stated, this is not a valid excuse because “you are not responsible for your first thought, but you are for your second”.

As an example of the influence of unconscious bias, Lynch talked about the frequency of microaggressions in working environments ranging from verbal or behavioural, that constitute a subtle threat to inclusion. Some comments and behaviours may be inappropriate and can result in offending somebody from a different cultural background or who falls into an under-represented category. Likewise, systematically mispronouncing someone’s name, ignoring people’s comments during a meeting, or not giving credit to their opinion or work constitutes an hostile attitude that must be fought. If we find it difficult, it simply means that we need to try harder.

At the same time, we shouldn’t limit our interest to instilling a good attitude to our own actions or intentions. To be effective, we must also be actively engaged in counteracting these behaviours in others.

Giving the right credit to everyone, standing up against inappropriate behaviors, putting an effort in understanding others’ struggles to integrate, or using Lynch’s words, “being an ally”, is important because it supports marginalized groups who deserve equal treatment.

We can train ourselves in defying our biased opinion in gender, ethnicity, age, disability and diversity in general, starting from simple actions like the adoption of gender neutral terms to move away from a stereotyped vision of society.

Probably, the best explanation of ThoughWorks’ successful approach to diversity, that reached 40% of women and non-binary employees, is the fact that an inclusion department rarely appears in corporate organization charts. This peculiarity deserves attention because it has huge potential in building successful business models without spoiling human interaction in working environments.

Even if we think that diversity may not be a concern for us, since we are all unique and evolving individuals, we will eventually relate to diversity issues at some point of our lives.

Developing our awareness and trying to build inclusive environments where everybody feels safe and welcome is not only the right thing to do, it is the key to get the best out of everyone and letting people unleash their true potential.