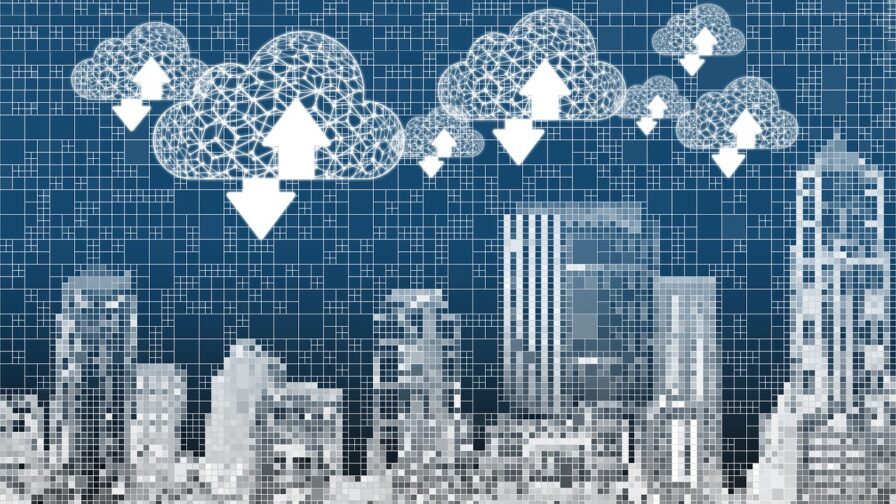 Over the last two decades, cloud computing has revolutionised the way we interact with software and digital services. But conventional cloud architecture still has limitations. It can be complex to maintain and may have geographical issues. Could the distributed cloud resolve these problems and improve the user experience?

The cloud is big business. Around 94% of all enterprises now make use of cloud services, and the trend is predicted to continue, with a forecast value of $1,241 billion for the global cloud computing market by 2027. As it has expanded to address the demands of massive AI systems and the Internet of Things (IoT), the cloud has become more complex, leading to hybrid cloud and multicloud architectures.

However, because of their geographical reach and scale, there is a range of issues unique to cloud systems. Many experts are now leaning towards distributed cloud infrastructures, which bring benefits such as improved speed, reduced inconsistencies and better compliance with legal regulations.

What is a distributed cloud and how does it work?

Put simply, ‘distributed’ means that the cloud infrastructure is spread across multiple geographical locations. Most public cloud service providers run server farms in dedicated facilities. The cloud interface that you see is mediated by sophisticated virtualisation techniques. But at base, the resources are still housed in a particular location.

Distributed cloud, on the other hand, spreads workload across servers in multiple locations, according to requirements, achieving efficiencies and performance improvements. Some key differences are:

Of course, conventional cloud architectures already make use of geographically dispersed servers, using approaches like the hybrid cloud. So what is the difference?

Traditionally, infrastructures have been divided between on-premise services, plus private and public clouds. This so-called hybrid cloud architecture allows clients to transition between different platforms without having to abandon their legacy applications. Hybrid cloud can facilitate scaling and it is also suitable for leveraging AI technologies.

Distributed cloud dispenses with the categories of public, private and hybrid clouds. Instead, it presents a unified platform to the user. By providing a single interface, elements that would need to be managed manually in hybrid cloud setups are significantly simplified.

The mechanism for this is effectively a centralised cloud interface with geographically-spread micro-satellite services. The user administers their platform as one, but behind the scenes, the cloud provider automatically manages security, failover, regional optimisations and governance.

Use cases for a Distributed Cloud

Distributed cloud is ideal for a range of uses, particularly where scale and geo-diversity are issues.

As we have seen, distributed cloud computing offers numerous benefits over conventional infrastructures. In brief:

However, there are also some potential disadvantages, namely:

Edge computing is a paradigm that is readily facilitated with distributed cloud infrastructures. Edge computing is a systems architecture pattern. It means bringing computation closer to the sources of data, rather than gathering all resources in a central computational location. This sensitivity to the location of data is in contrast to the centralised model of traditional computers.

Like distributed cloud more generally, edge computing is ideal for applications where big data sets, low latency and real-time processing are paramount considerations. The concept is not entirely new and dates back to the late 1990s when Akamai introduced its first CDN. But it is only recently that its take-up has become so pressing, with the rise of technologies like AI and IoT. Typical uses are in devices like smart buildings and autonomous vehicles.

Distributed cloud architecture makes edge computing that much more viable by allowing centralised management of edge servers. Deployment of Kubernetes clusters, security updates, monitoring and more can all be controlled from a single interface, even while they are taking place in geographically dispersed locations.

Do you need to adopt a flexible cloud strategy?

Given this overview, you may be asking whether you need to adopt a flexible cloud strategy for your own operations. Given that there is complexity and expense in setting up your distributed cloud and edge computing network, this is not a trivial question. But if you leverage data-heavy AI solutions with global reach, it is one you cannot afford to ignore.

Consideration of the following points may help to decide your strategy:

If you can answer yes to any of these questions, it would certainly be wise to asses your cloud strategy concerning distributed technologies.

You might want to read about more about Cloud:
How to Build your own Cloud Network
Is the Cloud More Sustainable?
Sustainable Cloud Architecture Practices
What is a Cloud First Strategy?

This is How Mathematics Keeps Your IoT Device Safe